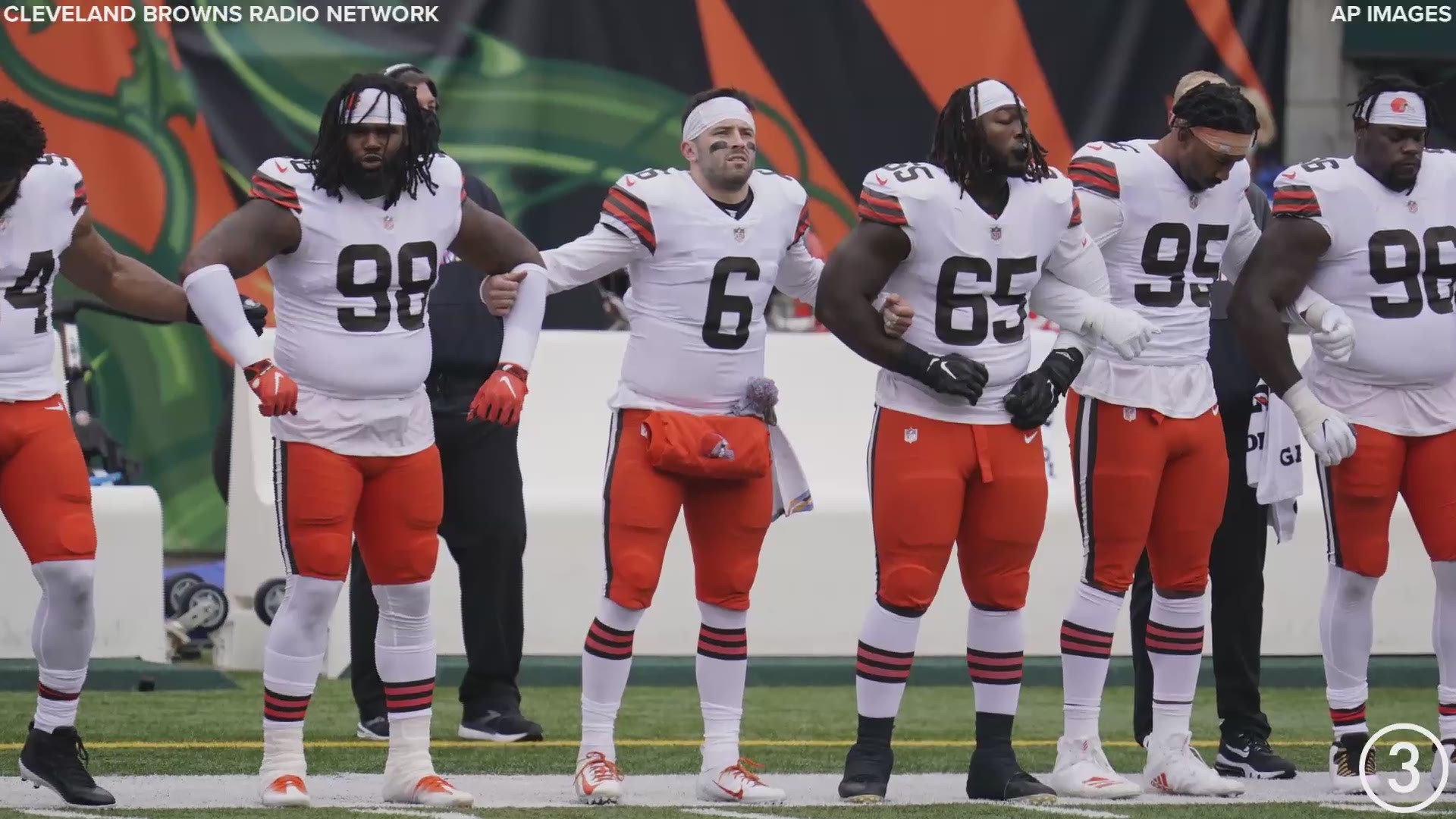 Trailing the Cincinnati Bengals 34-31 with 16 seconds remaining, it appeared the Cleveland Browns would have to settle for overtime. Kevin Stefanski, Baker Mayfield, Donovan Peoples-Jones decided otherwise.

Rather than playing for a field goal, the Browns opted to take a shot for the end zone, with Mayfield connecting with Peoples-Jones for a 24-yard touchdown pass. The play ultimately secured a 37-34 victory for Cleveland, as the Browns moved to 5-2 heading into next week's game against the Las Vegas Raiders.

Mayfield's touchdown pass to Peoples-Jones marked his fifth of the game, as the No. 1 pick of the 2018 NFL Draft bounced back from an opening drive interception to complete a Browns franchise record 21 consecutive completions while throwing for 397 yards. Peoples-Jones' touchdown catch -- which marked the first of the rookie's NFL career -- capped a 5-play, 75-yard drive, which began with just one minute and six seconds remaining in regulation.

The Throw.
The Catch.@bakermayfield to @dpeoplesjones FOR THE WIN.

Prior to the Browns' game-winning drive, the Bengals took a 34-31 lead when Joe Burrow found running back Giovani Bernard for a 3-yard touchdown pass on a 4th-and-short. On the day, Burrow completed 35 of his 47 pass attempts for 406 yards and 3 touchdowns -- although Cincinnati ultimately left Cleveland too much time on the clock.

At 5-2, the Browns are now off to their best start since the 1994 season. They'll return to action next week when they host the Raiders at FirstEnergy Stadium, Cleveland's final game before its bye week.