The first-year coach will miss Sunday's matchup after testing positive for COVID-19 this week. 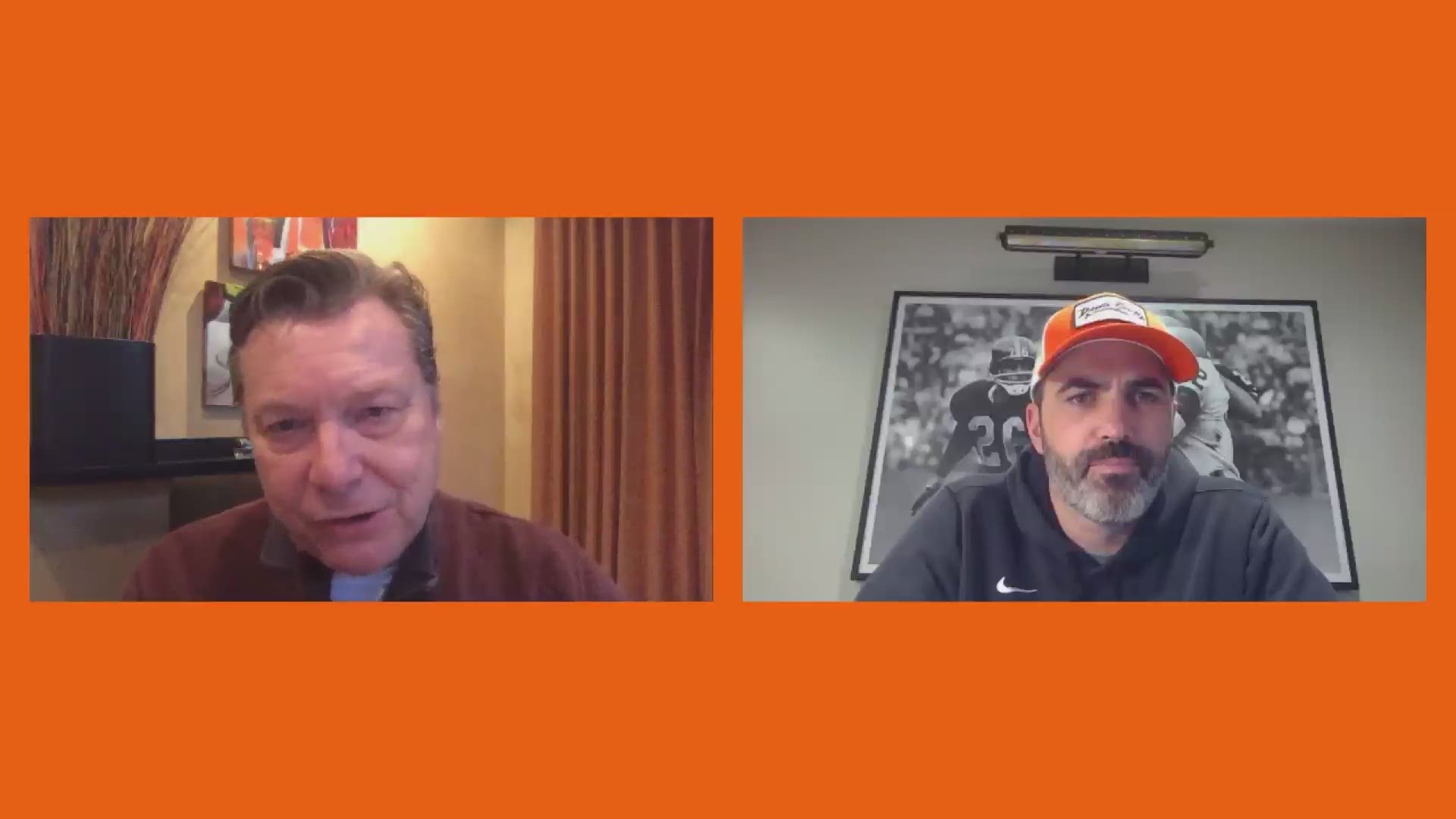 CLEVELAND — The Browns' biggest fan will, like the rest of us, be cheering them on from his home Sunday night.

Of course, he'd much rather be in his rightful place on the sidelines at Heinz Field. As he puts it, though, "This thing's not stopping for anybody."

"We have a task at hand, and we're finding ways to do it," head coach Kevin Stefanski told 3News sports anchor and "Voice of the Browns" Jim Donovan prior to the team's Wild Card playoff game against the Steelers. "We'll be ready to go."

Stefanski had expected to make the trip to Pittsburgh with his squad, but instead is stuck back in Northeast Ohio after testing positive for COVID-19 this week. Special teams coordinator Mike Priefer will serve as acting head coach for the game, although Stefanski has remained involved in preparations from his enclosed quarters.

The Browns as a whole have had a difficult few days, having to close their practice facility multiple times due to several key players contracting the coronavirus. Still, the group has managed to stay focused while meeting virtually, and Stefanski credits his staff for keeping things together.

"The coaches have done a nice job mixing up how to reach our guys and being creative and teaching a game plan," he said. "You really can't put in too much nuance...because you ultimately may not get time to practice those things."

The Steelers are about as familiar of an opponent as the Browns could have, and they even met last week when Cleveland clinched a postseason spot. Stefanski credited the Pittsburgh organization for how its handled itself this season, and admitted his team has to look better than it did last Sunday if it wants to win tonight.

"There were times in the last ballgame where our technique was a little bit off," he said of the 24-22 triumph over a Steeler club that sat several starters. "There are definitely some areas [where] I want to see us sharpen our technique."

In the NFL, things often run through the quarterback, and Baker Mayfield has been on his game in the second half of this 11-5 season. Stefanski is confident the young signal caller can handle the spotlight the playoffs bring.

"He's locked in," he said. "He knows what his role is in this thing, and ultimately that's to lead this entire team and on offense really make sure that this thing goes."

Unlike Mayfield, this is not Stefanski's first taste of the postseason, and as offensive coordinator his Minnesota Vikings upset the New Orleans Saints in the Wild Card round. He hopes to take those lessons and experiences into this showdown, although at the end of the day he knows the key to victory is usually simple.

"What wins and loses [is ultimately] the best team on the field," he said. "We're focused on being us. We're focused on doing the things that got us here, and I'm excited to watch it."