Cleveland Browns get blown out by Baltimore Ravens 38-6, extend winless streak in season openers to 16 years 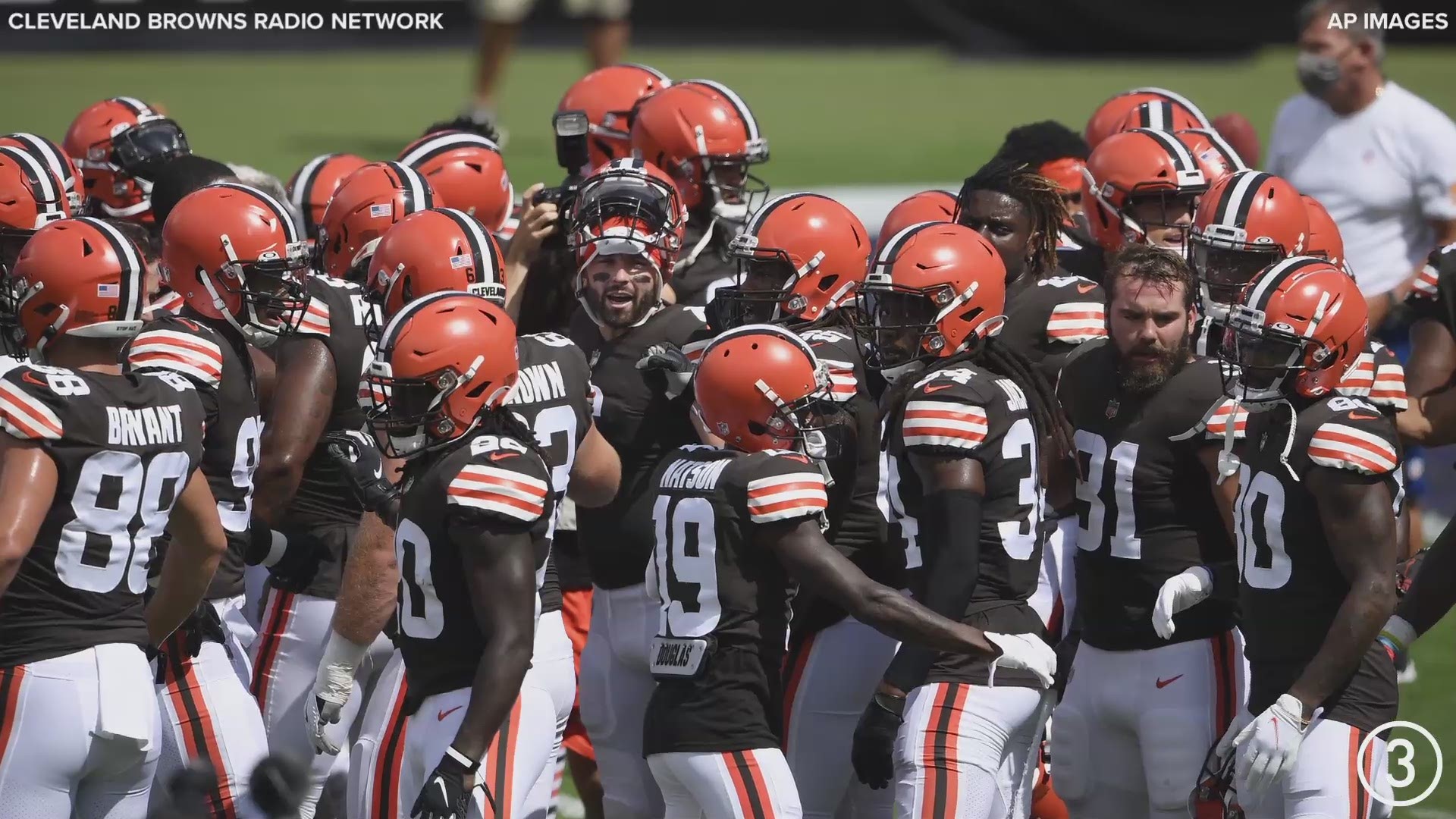 BALTIMORE — Most fans probably weren't expecting a win, but this still stings.

The Browns lost their 2020 season opener on Sunday 38-6 to the Baltimore Ravens, their worst opening loss since getting blown out by the Pittsburgh Steelers 43-0 in 1999. Cleveland is now a dreadful 1-20-1 in maiden games since returning to the NFL that year.

The result is not all that surprising, given the Ravens went 14-2 last year while the Browns have a new coaching staff trying to adjust during a global pandemic that limited contact with players. Still, Cleveland struggled in all facets of the game, notably defensively as reigning MVP Lamar Jackson gashed them for 320 total yards and three touchdown passes to lead Baltimore to 28 unanswered points to end the game.

Former No. 1 overall pick Baker Mayfield struggled, hitting just 53.8% of his passes for 189 yards with a touchdown and an interception. Odell Beckham Jr. had just three catches for 22 yards (along with multiple drops), while the Browns turned it over three times overall.

What follows is a live blog of today's action, with the most recent series of plays featured closest to the top:

4:05: The Browns' offense again goes nowhere, and the Ravens will start at their own 26 after a Jamie Gillan punt. Robert Griffin III (a former Brown) is in at quarterback.

7:50: The Ravens three and out, but it's a moot point as Lamar Jackson could very well be done after an excellent game. The Browns take over at their own 25.

10:06: The Browns are stopped on 4th down again, as Baker Mayfield's deep ball sails over the head of Odell Beckham Jr. Ravens take over at their own 48.

0:00: Nick Chubb breaks off a nice run but fumbles, and the Ravens recover at the Browns' 20. It's Cleveland's third turnover of the afternoon.

0:42: The Browns stopped the Ravens on fourth down, but Sam Kock pins Cleveland at its own 8-yard line with a 37-yard punt.

3:01: In a play that pretty much sums up the Browns this afternoon, Baker Mayfield is sacked on fourth down for a 14-yard loss. Baltimore takes over on its own 42.

7:48: Lamar Jackson tosses his third touchdown pass of the day, this time a 19-yarder to Willie Snead. It's all Ravens right now, as they lead it 31-6.

11:11: Despite being aided by multiple Ravens penalties, the Browns stall at their own 45. Baltimore will start at midfield following a flag against Cleveland on the punt.

13:23: The Browns get a huge stop as Tavierre Thomas sacked Lamar Jackson. Cleveland will start at its own 14 for its first drive of the second half.

0:06: The Ravens again take advantage of the Browns' miscues, as Lamar Jackson caps off another brilliant drive with a 9-yard touchdown pass to Mark Andrews. Baltimore now leads 24-6 as we approach halftime.

0:41: More missed opportunities for the Browns, as Odell Beckham Jr. drops a pass that would've been a sure first down and Austin Seibert's subsequent 41-yard field goal attempt sails wide right. It remains a 17-6 game.

2:53: 10 plays and 99 yards later, the Ravens cap off a back-breaking drive with a 3-yard touchdown run by Ohio State legend J.K. Dobbins, the first of his NFL career. Baltimore now leads 17-6.

8:41: The Browns were in field goal range, but two penalties and a sack made it 4th and 41 at their own 40. Jamie Gillan delivers a beautiful punt, though, and the Ravens will start at their own 1.

14:54: The Browns get a huge break, as Ravens running back Patrick Ricard couldn't hang onto the football and Myles Garrett recovered the fumble. Baltimore squanders a scoring opportunity, and Cleveland will start at its own 12-yard line.

1:41: The Browns strike back on an impressive six-play drive capped off by a 1-yard touchdown pass from Baker Mayfield to David Njoku. However, Austin Seibert's extra point attempt clanged off the left upright, and it remains a 10-6 ballgame.

6:08: The Browns took a chance early by trying to fake a punt from their own 30, but Jamie Gillan was stuffed in the backfield. 1st and 10 Ravens at the Cleveland 26.

7:41: Baltimore strikes first on a 5-yard touchdown pass from Lamar Jackson that was upheld upon further review. The Browns will play from behind, down 7-0.

The duo is back! @Lj_era8 to @Mandrews_81 for the TOUCHDOWN! pic.twitter.com/jwAN7q1iIr

12:26: Not the best of starts for the Browns offense, as after a few promising plays Baker Mayfield was intercepted by Marlon Humphrey on a pass deflected by Calais Campbell. It will be first down Ravens at the Cleveland 49 yard line.

Although the vast majority of Browns players and coaches stood for the playing of the national anthem, several (including Myles Garrett) chose to take a knee in protest of racism and police brutality. Even more members of the Ravens protested.

Starting center JC Tretter will play after being injured in the preseason, while Akron native LeBron James is pumped for the start of the NFL.