One more unsportsmanlike conduct penalty on any player now means an automatic ejection. 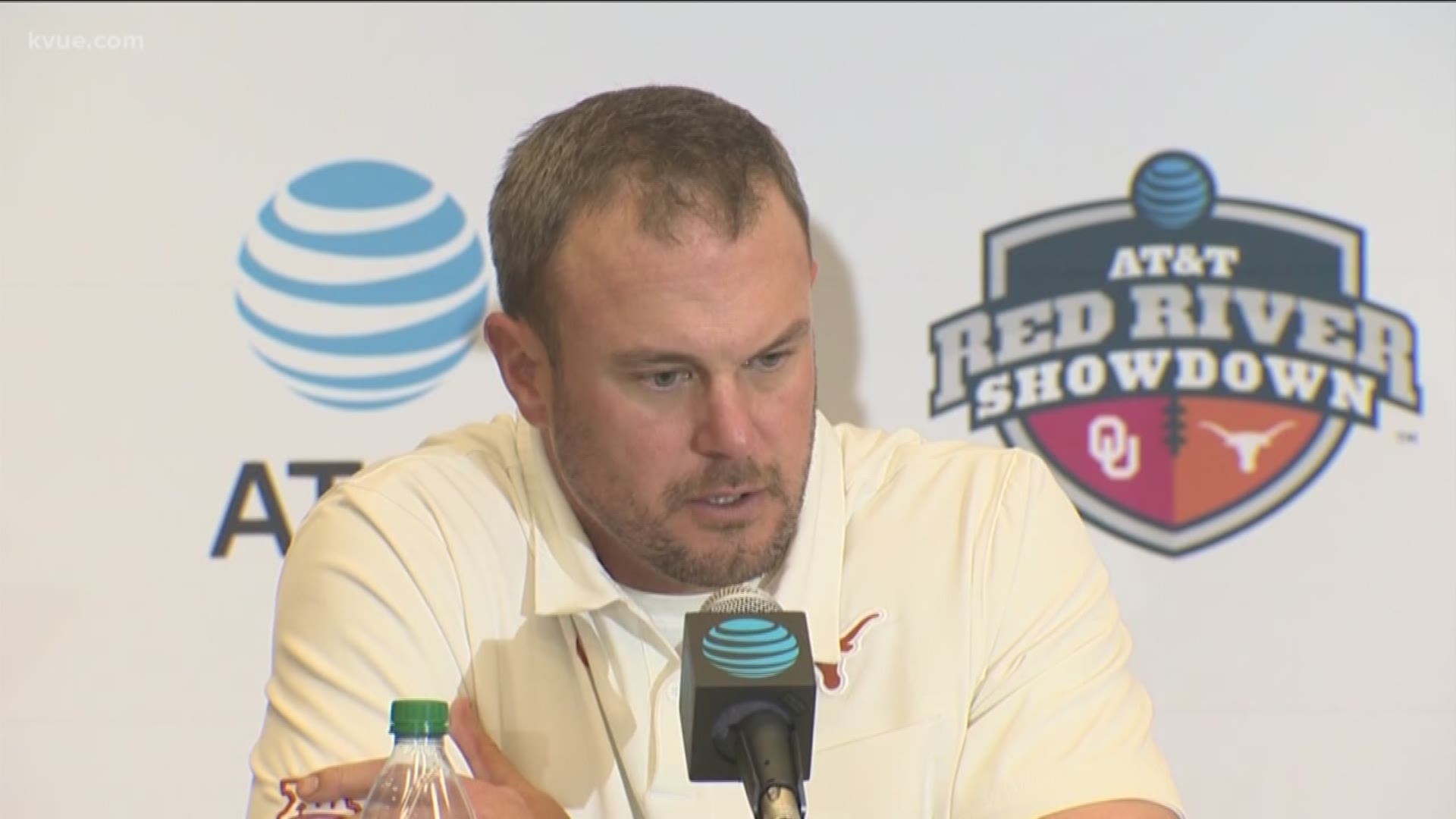 DALLAS — The entire teams for No. 6 Oklahoma and 11th-ranked Texas were issued an unsportsmanlike conduct penalty 30 minutes before the annual Red River rivalry, meaning any player getting flagged for the same thing during the game will be ejected.

The teams gathered near midfield, and officials were already trying to keep them separated when the groups got close. Quite a few players were face-to-face when the flag flew. Referee Mike Defee announced the penalty, and the warning of an ejection for any more unsportsmanlike calls.

It's the 115th meeting between the longtime rivals, and the 92nd at Cotton Bowl Stadium in the middle of the Texas state fair.

Defee re-issued the warning to the captains during the coin flip: "We're going to play this game with sportsmanship. Are we clear?"

RELATED: Red River Showdown: The history behind the Texas-Oklahoma rivalry

The teams ran to the same tunnel together after the flag was thrown, but there weren't any noticeable scuffles as OU players bunched up while the Longhorns went single file up the ramp.

RELATED: Red River Showdown: The history behind the Texas-Oklahoma rivalry