Taking to Instagram, LeBron James responded to the death of George Floyd, who died while being arrested by police officers in Minneapolis on Monday. 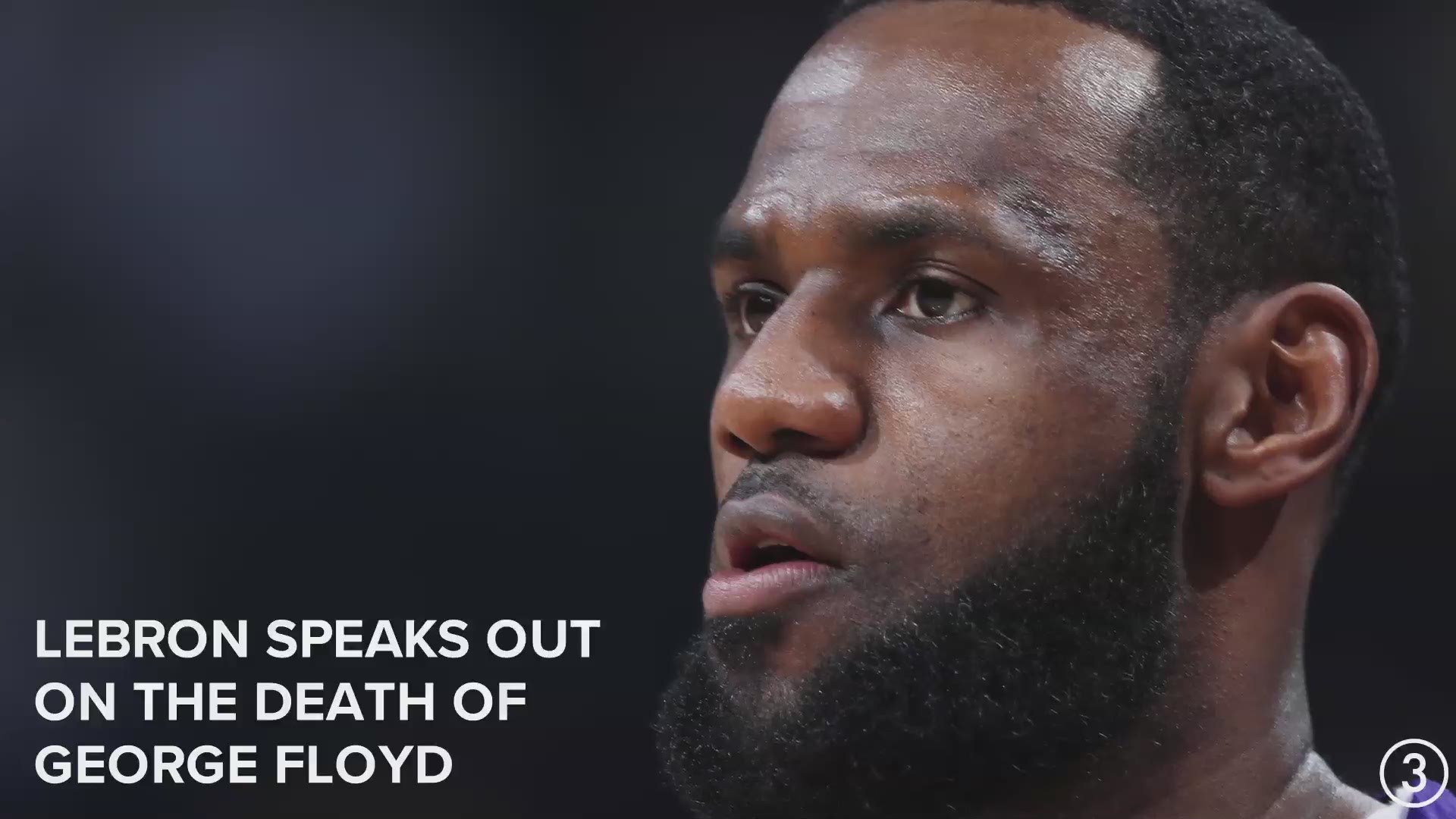 Over the course of the past several years, LeBron James hasn't been shy to speak out on matters involving social justice.

And the death of a Minneapolis man named George Floyd was no different.

On Monday, a viral video showed Floyd, who is black, being arrested by multiple police officers. Despite Floyd pleading, “please, I can’t breathe!”, one officer continued to apply pressure to his neck with his knee, with Floyd eventually losing consciousness and later being pronounced dead.

According to the Minneapolis Police, Floyd was handcuffed and arrested after police were called to respond to a forgery and advised that he was intoxicated. Four police officers have been arrested as the result of Floyd's death.

Taking to Instagram on Tuesday night, James contrasted the image of Floyd laying on the ground with a police officer's knee over his neck to former NFL quarterback Colin Kaepernick kneeling during the national anthem.

Kaepernick drew headlines for protesting police brutality by kneeling during the national anthem during the 2016 season and later reached a multi-million dollar settlement with the NFL after filing a grievance claiming the league colluded to keep him out of the league.

Kaepernick, now 32, has remained unsigned since the end of the 2016 season.

"Do you understand NOW!!??!!??" James wrote in the caption of his post, which has since been shared by several athletes and celebrities. "Or is it still blurred to you? #StayWoke"

Earlier this month, James also spoke out over the killing of 25-year-old Ahmaud Arbery, a black man who was shot and killed after being confronted by two white men in Georgia in February.

RELATED: Moving on: Through the eyes of a graduate during the coronavirus pandemic

RELATED: 'We are never too far down to come back': Watch Nike's epic new ad voiced by LeBron James