With no pro day workouts at colleges, some players getting ready for the NFL draft have had to get creative to get noticed by scouts. Nate Childress is one of them. 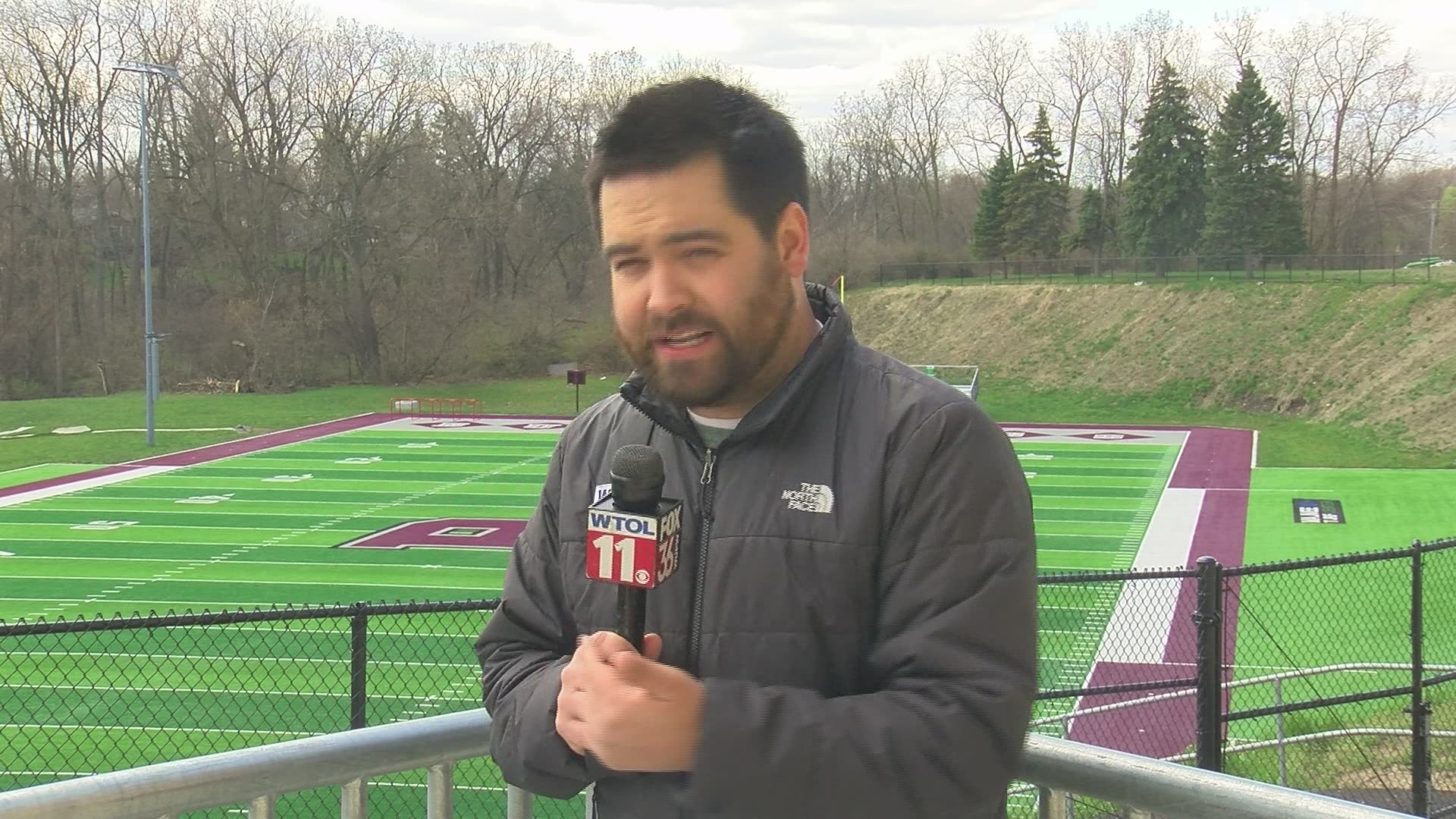 ROSSFORD, Ohio — We are now less than two weeks away from the NFL Draft and for guys like Nate Childress who played at Rossford High School, it was tough time not being able to have their pro day over at the University of Toledo. Still though, he is keeping his spirits high, and trying to impress teams in creative ways.

Whether it’s strapping his truck to his back and pulling it through an empty parking lot, or making his own pro day video to send to teams, Childress is doing whatever he can to make an impression on NFL scouts.

“Definitely tough,” said Childress. “I went back and forth, I had a chance to go up to Buffalo for a pro day, but after seeing what was happening up in New York, didn’t really want to travel up there. Me and my agent talked and the best thing for us to do was just shoot a pro day with Fitness 4 All. We ended up doing that and ended up with some good film and sent it out and seems like we’re getting some good feedback.”

Childress is a guy that did a lot of the little things right during his time at the University of Toledo. He played special teams and became a constant figure on the defensive line. This process hasn’t gone exactly according to plan, but he appreciates the opportunities in front of him.

“My life could be a lot worse right now,” said Childress. “I could be going through many more things. I could be a nurse right now and battling this virus as it is. I’m just blessed to be able to chase my dreams every day. Wake up and be healthy and continue to chase them, and that’s what I’m proud of.”

You don’t always see a kid from a small school make their way to play Division I Football and then have a shot at the NFL, but Childress is on the cusp of doing just that.

"It’s been my dream ever since I can remember,” said Childress. “Being able to play football here was a blessing. Being able to play under Todd Drusback, who is one of the best coaches I’ve ever had, and he’s still like a father figure to me, talk to him pretty much daily. Just to be able to show these kids from Rossford that whatever your dream is, however big or small, if you chase after that dream, you can achieve anything you want.”

Coming out of Rossford High School, Childress is one of those guys that’s flown under the radar his entire career. If he doesn’t get drafted, he certainly should have a shot as one of those undrafted free agents when it’s all over.

RELATED: AJ Edu getting creative to help himself get back on the basketball court