Perry's Ice Cream has partnered with other teams, like the Buffalo Bills, Buffalo Sabres, Columbus Blue Jackets and Syracuse for unique, team-inspired flavors. 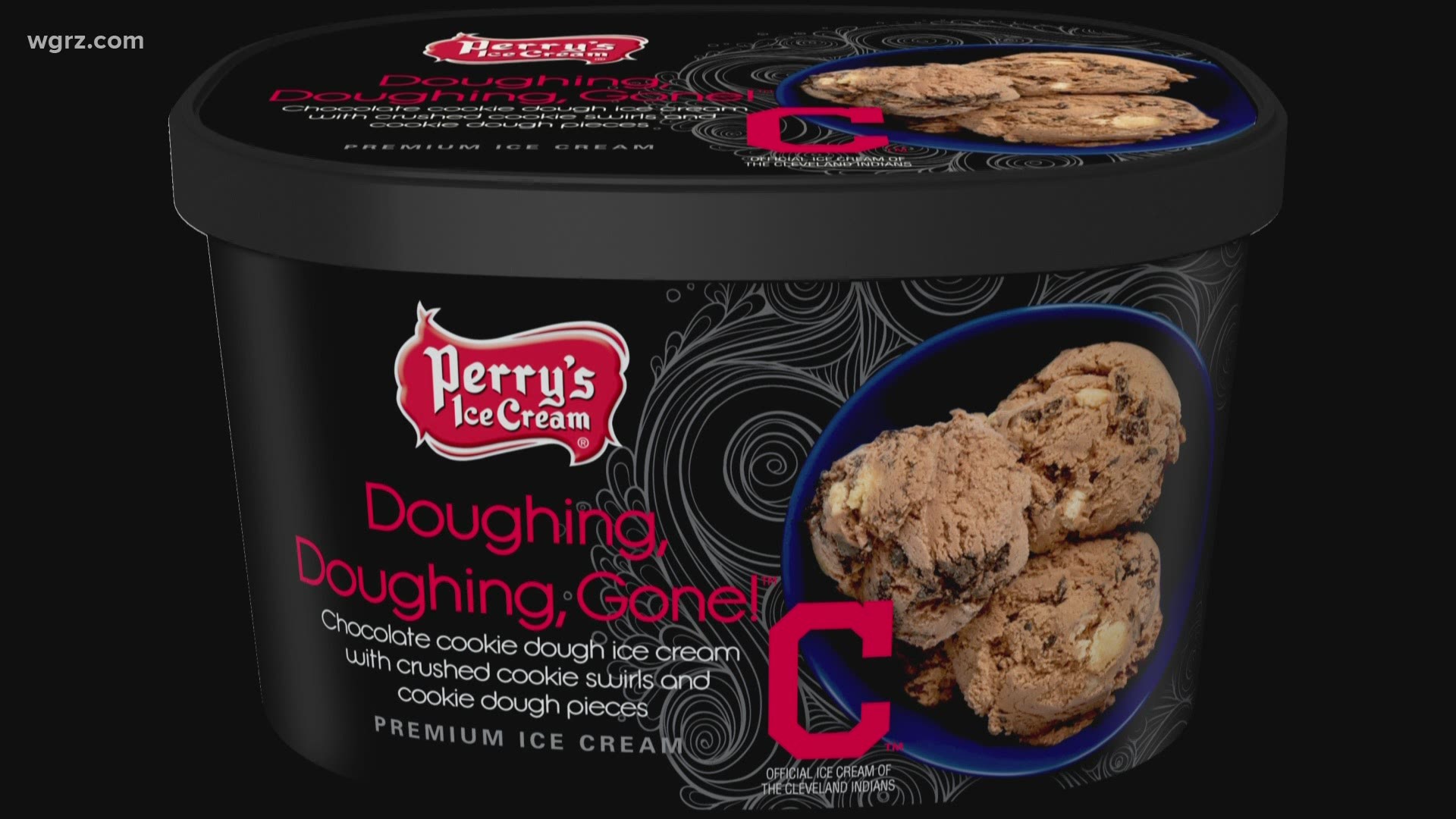 AKRON, N.Y. — Perry's Ice Cream, based in Akron, N.Y. is teaming up with the Cleveland Indians for a new ice cream flavor.

The carton will feature a special letter to fans, calling out memories of the team's 455 consecutive sellouts and the longest winning streak in the American League.

“We’re thrilled to join the ‘Big Leagues’ through this partnership with the Cleveland Indians. As Perry’s continues to broaden our expansion in Ohio, this is an exciting opportunity for us to bring Tribe fans their first, very own ice cream flavor!” said Robert Denning, president and CEO of Perry’s Ice Cream. “Moreover, we are pleased to see a portion of the sales of Doughing, Doughing, Gone!™ benefit Cleveland Indians Charities. By making a purchase, Cleveland fans can directly impact many valuable community programs, youth organizations, and non-for-profits.”

The ice cream will be sold in Western New York, Ohio and Pennsylvania. Five cents from each sale will go to benefit Cleveland Indian Charities.

Perry's Ice Cream has partnered with other teams, like the Buffalo Bills, Buffalo Sabres, Columbus Blue Jackets and Syracuse for unique, team-inspired flavors.