In the letter, Dolan says the franchise is looking for a name that will unify the community and build a future legacy. 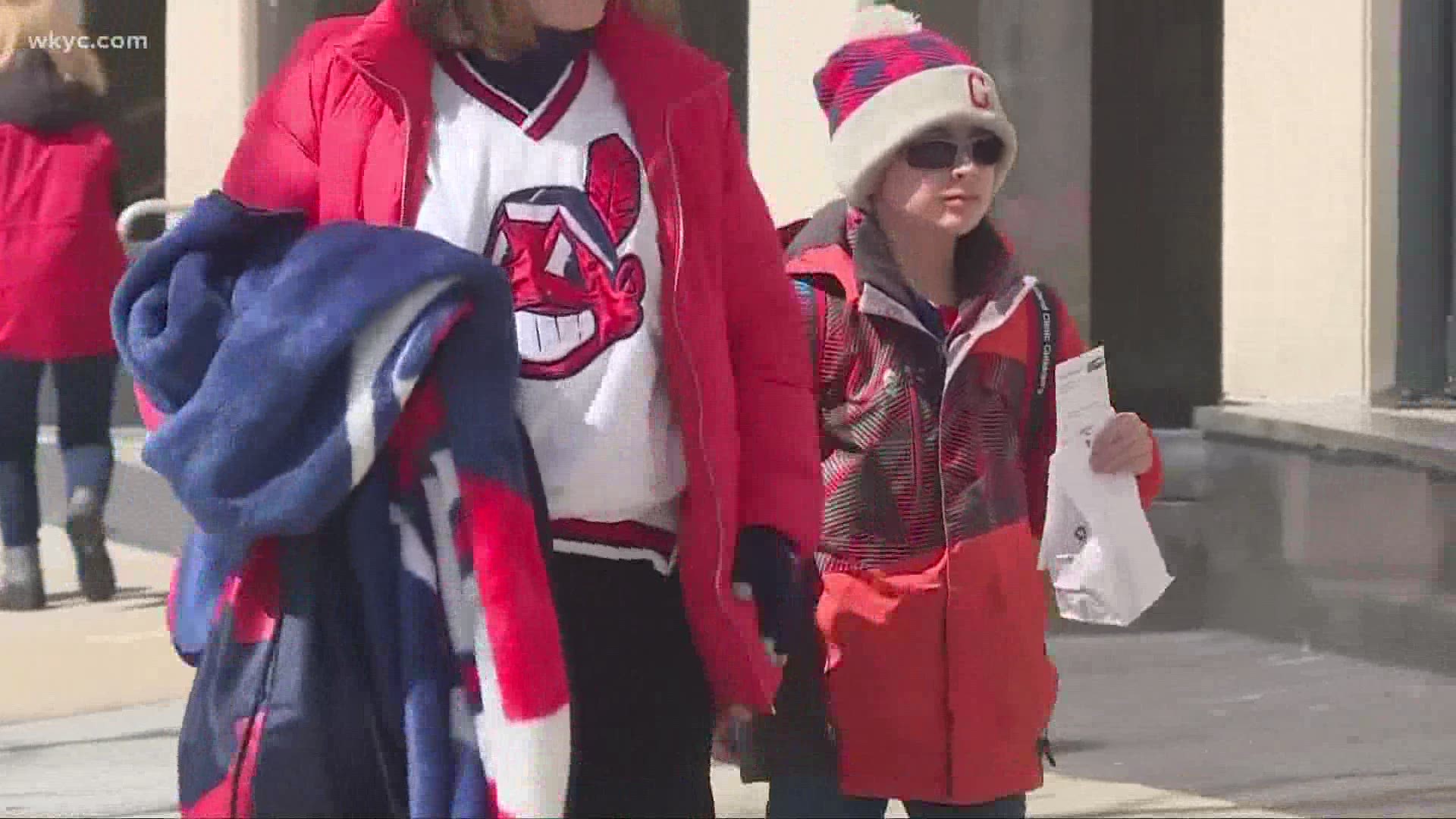 On Monday, the Cleveland Indians announced that the franchise has officially begun looking for a new name. It's the natural continuation of a conversation that began in earnest back in June, despite protests to change the name for years.

As part of the announcement, franchise owner Paul Dolan wrote a letter to fans discussion what led to the decision. In the letter, Dolan said that he understood the impact of the decision, and the memories associated with the team. However, Dolan writes, "our organization is at its best when we can unify our community an bring people together around our shared interest in our home team - and we believe a new name will allow us to do this more fully."

You can read Dolan's full letter to fans here, as well as below:

This afternoon, we officially announced our organization has decided to begin the process of changing the name Indians and move forward to determine a new name that will better unify our community and build on our legacy for a new generation.

As a fifth-generation Clevelander, I understand the historic impact and importance of this decision. Like many of you, I grew up with this name and have many great memories of past Indians teams: the World Series appearances, Cy Young winners, the longest win streak in MLB history, and countless other unforgettable moments that brought our team, fans, and community together. These memories will forever stay in our hearts, minds, and record books, and we will continue to recognize our ball club’s remarkable legacy. While I have often associated these unforgettable memories with the name Indians, I sincerely believe Cleveland is the most important part of our team name.

Today’s decision is the result of a process that began in June, following our public commitment to take a leadership role in helping address many of the social challenges affecting our community and to support the underserved and under-represented groups in Greater Cleveland. After we made this commitment, I, and many others across the organization, spent time reflecting on the role our franchise plays in the community at large and our responsibilities as community leaders inside our organization. As a result, in July, the organization announced we would begin a process of listening, learning, and then acting on the best path forward relative to our team name.

Over the course of the past several months, we conducted meaningful conversations with a variety of stakeholders, including Native American groups, fans, civic leaders, leading researchers focused on Native American culture and issues, internal teammates, players, and corporate partners. These conversations were both enlightening and, at times, challenging. We often found that individuals, even those within the same organization or demographic, maintained differing views and opinions of our team name. We valued hearing all perspectives, and we took them into consideration as we moved through the process.

Ultimately, we found our organization is at its best when we can unify our community and bring people together around our shared interest in our home team – and we believe a new name will allow us to do this more fully. We often celebrate being the first team in the American League to have an African American player in Larry Doby and the first African American manager in Frank Robinson. These forward-thinking acts by our predecessors have helped shaped our team and community, and today’s decision helps us continue to live up to these high standards and expectations.

Our decision to change the current name is phase one of a multi-phased process. Future decisions, including the new name and brand development, are complex and will take time. We believe our new name will take us into the future and proudly represent this storied franchise for decades and generations to come. In light of the importance, we will not rush these decisions.

As we take the necessary time to determine a new name and brand, the team will continue using the Indians name and branding. We will also continue to listen, learn, and partner with local civic leaders, including those in the Native American community, to deepen our support of under-represented groups and make a meaningful, positive impact in our community.

My family loves baseball and loves Cleveland. We believe in the ability of our organization to make a positive impact within our city and to unite and inspire those around us to do the same. I look forward to seeing the ways we can continue to accomplish this on and off the field – in the upcoming season and for years to come.

Thank you for your continued support of our team, our players, and our shared Cleveland community.