The Cleveland Indians have decided to ban fans from wearing headdresses and Native American face paint in the ballpark this season. 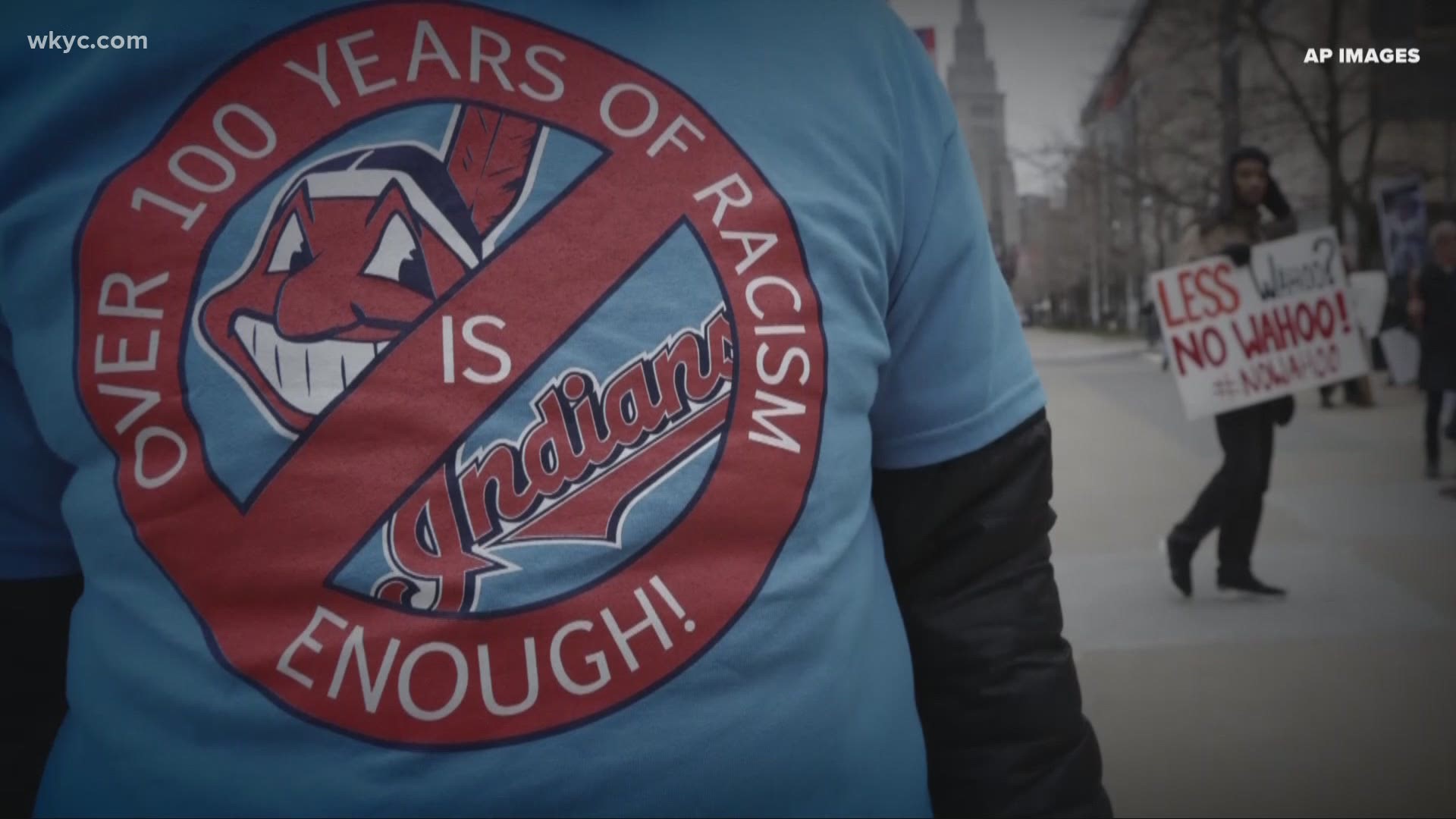 CLEVELAND — As a new season of Cleveland Indians baseball is welcomed in at Progressive Field in less than a week, there are some things that will not be welcomed.

The team has banned head dresses and Native American face paint, saying fans with either will not be permitted inside the park.

“If we can make going to a baseball game, the experience, more welcoming and comfortable for Native people, that’s a step in the right direction,” says Cynthia Connolly.

Connolly is a citizen of the Little Traverse Bay Bands of Odawa Indians, as well as the Executive Board of the Lake Erie Native American Council (LENAC). LENAC is one of the organizations working with the team, as they transition away from the mascot, name and other Native American stereotypes.

Connolly says, “We are encouraged by the team’s cooperation and listening to our recommendations and our input.”

A spokesperson from the Cleveland Indians said as a result of those conversations with Native American groups, the team has decided to ban headdresses and Native American face paint from Progressive Field.

However, regular face paint, like having the Block C or a player’s number on your cheek is still permitted. Also still permitted is clothing with the old Chief Wahoo logo on it.

“We understand that some changes require baby steps, but we’re hoping they’ll completely move away from it in the near future,” says Chris Begay, the Chair of the Committee of 500 Years of Dignity & Resistance.

Begay’s organization is another group working with the team on transitional changes. He says the team said there’s really no way to control what that large of a portion of their fan base wears, when the logo could be virtually anywhere on past apparel. Connolly says the logo, headdresses and the mascot are all negative stereotypes that have devastating effects.

“It creates low community self worth,” says Connolly. “It has increased suicide ideation. There’s a lot of things that go into this type of imagery that negatively impacts our youth and the facts and data is there.”

The spokesperson for the team said the target of this newest policy is to rid the ballpark of offensive stereotypes that infringe on traditions and cultures of Native American people. It’s taken years of protesting, but now as change begins to take place, those in the Native American community say it feels like their voices are finally being heard.

“This is absolutely the product of over 60 years of fighting,” says Connolly. “This is a from of systemic racism and it’s rooted in a lot of prejudice and stereotypes. What I like to say is, we are permanently feathered and leathered in the past rather than your neighbors, your coworkers and your classmates. So, it’s really encouraging to see these changes happen and our community is truly looking forward to showing who we truly are.”