Fan favorites, Ketchup, Mustard and Onion, will finally get the recognition they deserve in the form of a bobblehead. 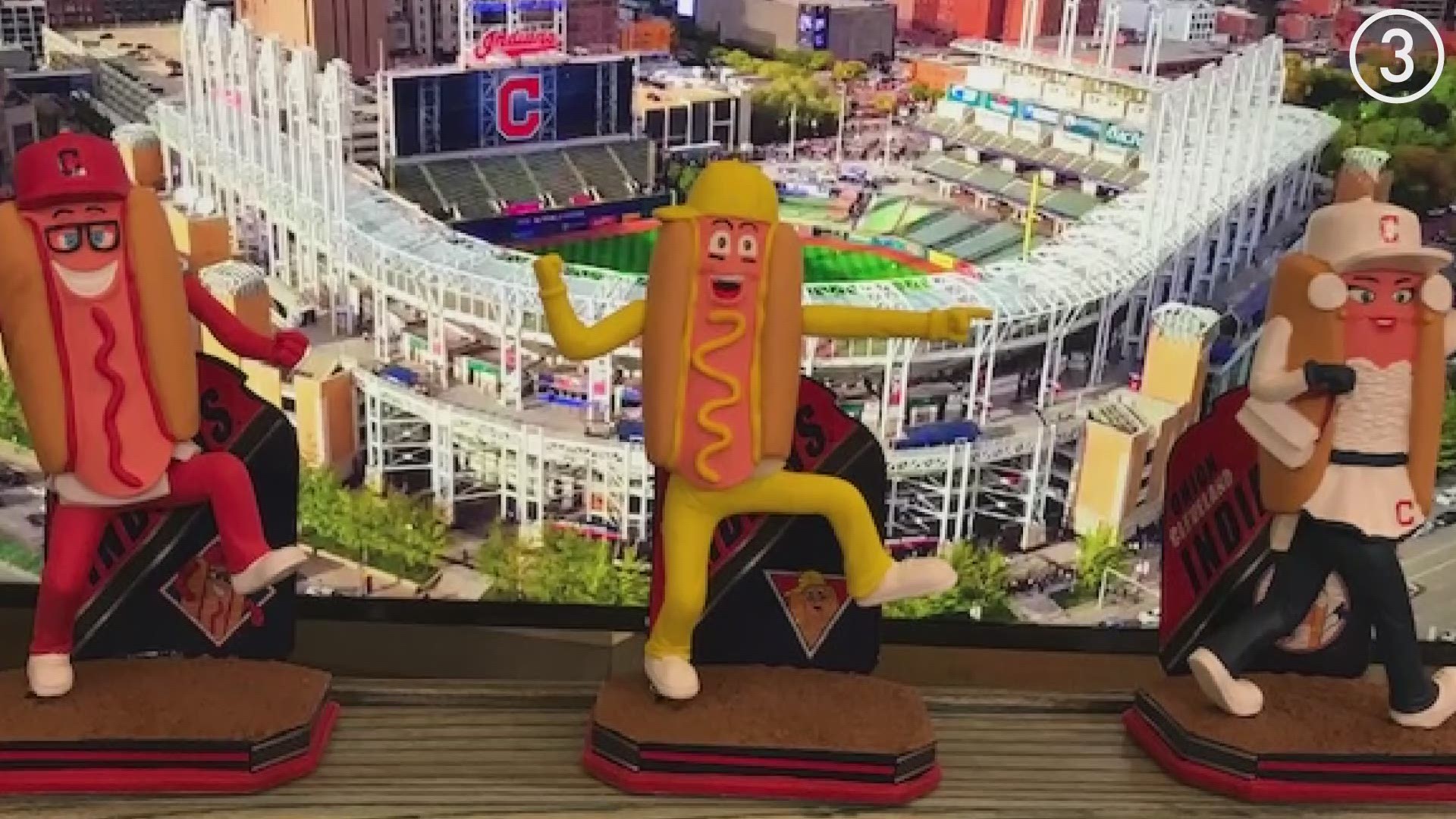 CLEVELAND — Thursday was supposed to be the day fans packed Progressive Field and rooted for the Cleveland Indians in their season opener. Instead, the state is practicing social distancing and waiting for the Coronavirus pandemic to come to an end.

However, there is some good news on this would-be Opening Day.

The National Bobblehead Hall of Fame and Museum unveiled officially licensed limited edition bobbleheads. And Indians fan favorites, Ketchup, Mustard and Onion, will finally get the recognition they deserve in the form of a bobblehead.

According to their press release, "each bobblehead of a smiling Ketchup, Mustard and Onion is on its own base and ready to race. The bobbleheads also include a backing on the base with their name. Each bobblehead is individually numbered to only 2,019, and they are available through the National Bobblehead Hall of Fame and Museum's online store."

As most Tribe fans know, Ketchup, Mustard and Onion have a race at the end of the fifth inning of every home game at Progressive Field. They enter from left field and finish just past the visitor's dugout.  This tradition has been going on since 2007.

"No one knows when the MLB season will start, but we wanted to give fans a reason to smile and something to look forward to on what would have been Opening Day,” National Bobblehead Hall of Fame and Museum co-founder and CEO Phil Sklar said. “The Hot Dog Derby is a fan favorite in Cleveland, and these unique bobbleheads will remind fans all year of the fun they have at the ballpark with their friends, family and fellow Indians fans.”

And even though we aren't watching Shane Bieber strikeout Tigers' hitters this afternoon, we can still smile by purchasing these bobbleheads and adding them to our collections.

RELATED: Indians ask fans to share their 'first pitch' on what would have been Opening Day

RELATED: MLB pushes back Opening Day until at least mid-May

RELATED: Report: MLB bracing for delay as late as July because of coronavirus