Hank Aaron chased his dream on the ball field. Then he made sure hundreds of children could reach theirs.

After retiring from baseball, Hank and his wife Billye founded the Chasing the Dream Foundation and provided scholarships to hundreds of children. 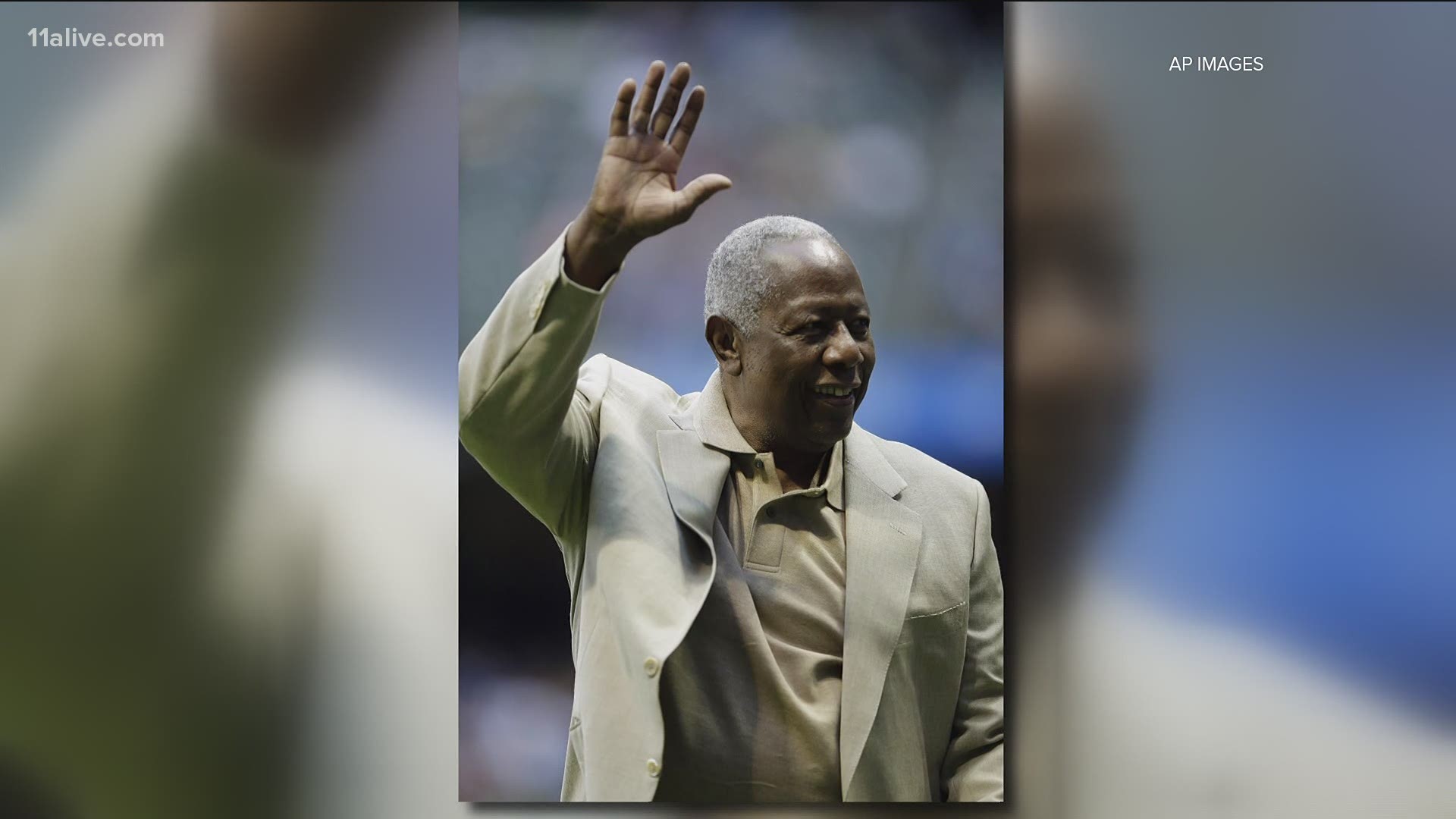 ATLANTA — Years after retiring from baseball as the game's Home Run King, Hank Aaron sat down for an interview with 11Alive and reflected on what he called the highlight of his life.

"The greatest thing, I know people that the home runs, 'oh you hit 755 home runs,' but the greatest thing that I feel that the contribution I've made since I've been out of baseball was to helping 755 in my foundation," Aaron said during the 2011 interview.

Years earlier, in 1994, Aaron and his wife Billye founded the Chasing the Dream Foundation. The goal of the foundation was simple. Aaron had chased his dreams on the ball field and became a Hall of Famer. In retirement, he wanted to make sure children without the financial means to chase their own dreams could have the same opportunities he had.

Hank set an original goal of helping 755 children, to match his career home runs. The foundation met that number and then kept going, helping hundreds of more children.

"Such philanthropists, and not only did they give of their money, but their kindness," said Sharmen Gowens, CEO of the YWCA of Greater Atlanta.

Gowens said Hank and Billye were her neighbors and close friends, but she added that, perhaps most importantly, the pair was always willing and wanting to give back, especially to fund a child's dream or education.

"Countless, countless children out there who are now adults - I'm sure that are where they're now because of Hank Aaron," Gowens said.

"When you think of Hank Aaron, you think of a priceless individual," added Frank Sanchez, the National Vice President of Sports, Entertainment & Alumni Relations with the Boys & Girls Clubs of America.

"He is one of the most iconic figures in the history of America, but for Boys and Girls Clubs, he is just Hank, and our hero," Sanchez said.

Sanchez said Aaron sat on the organization's board of governors. In 2007, Major League Baseball, with Aaron's support, invested $2 million to award scholarships every year through Chasing the Dream to Boys and Girls Club members.

“For Hank, he wanted us to reach every kid possible," Sanchez recalled. "So, there was Hank the baseball advocate, who, when we brought our kids to a game, would open up all doors so our young kids could have the experience. And there was Hank, the advocate of Boys and Girls Club of America as a board person.”

More than 350 children nationwide have received the Boys and Girls Club Chasing the Dream program scholarships over the years.

Hank Aaron and his wife also gave several large gifts directly to universities in Atlanta and elsewhere over the years, including Historically Black Colleges and Universities, like Morehouse and Clark Atlanta.

A Morehouse spokesman estimates the couple had donated $4 million dollars worth of scholarships and other gifts. At Clark Atlanta, the couple in 2011 established a $100,000 endowed scholarship through the Chasing the Dream Foundation.

“Mr. Aaron’s presence and commitment will forever be recognized at ATC as his years of service and philanthropy has helped propel our college, our students, and our ultimate success,” said Dr. Victoria Seals, president of ATC.

“While our Henry Louis 'Hank' Aaron Academic Complex bears his name, our students, faculty, staff are current reflections of his heartfelt dedication to this community, educational advancement, and economic mobility," she added. "To stand in Mr. Aaron’s presence was always an honor. To know his heart was a privilege. And to share his story and honor his legacy is now our commitment.”