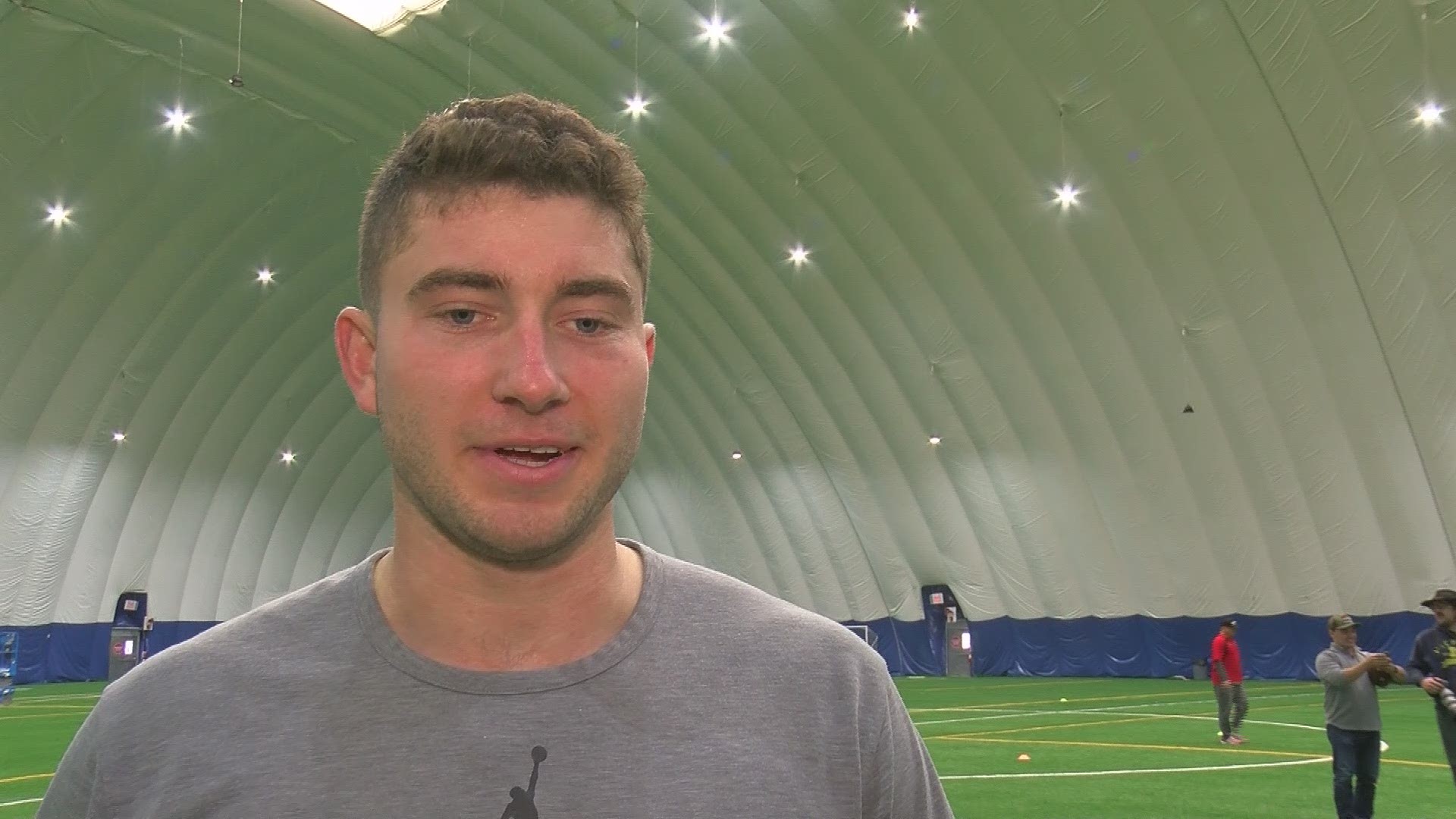 Due to coronavirus concerns, the University of Michigan canceled their scheduled pro day leaving athletes scrambling to make a final impression on NFL scouts leading up to the draft in April.

Patterson's relationship with Rossford Mayor Neil MacKinnon helped the quarterback coordinate with the Total Sports facility in town to set up his own pro day.

Patterson was able to participate in the NFL combine in February, and despite Michigan dropping their pro day, he was determined to find a place to show his talents.

"Never had a pro day be canceled before," said Patterson. "But the work was already put in and we were going to come out and find a place no matter what."

"We're just trying to take it day-by-day. We really have no clue what's going on, but just trying to control what we can control here and get the work in no matter what," added Patterson.

Patterson was joined by fellow Michigan teammates Donovan Peoples-Jones, Sean McKeon and Jacob West who have caught his passes for the last two seasons.

"He looked great. He always looks great to me as long as he's throwing me the ball," said McKeon. "I think he did a great job. He's been on all week when we've been practicing at (Schembechler Hall), and I think he looked great down here too."

The NFL Draft is tentatively set for April 23-25 in Las Vegas, where Shea Patterson hopes to hear his name called.

RELATED: UPDATE: 16 cases of coronavirus in Michigan, including 4 in West Michigan