Local hockey team helps children with disabilities, families on and off the ice

For children with physical and developmental disabilities, it can be hard to fit in.The Black Swamp Ice Frogs are a hockey team changing that. 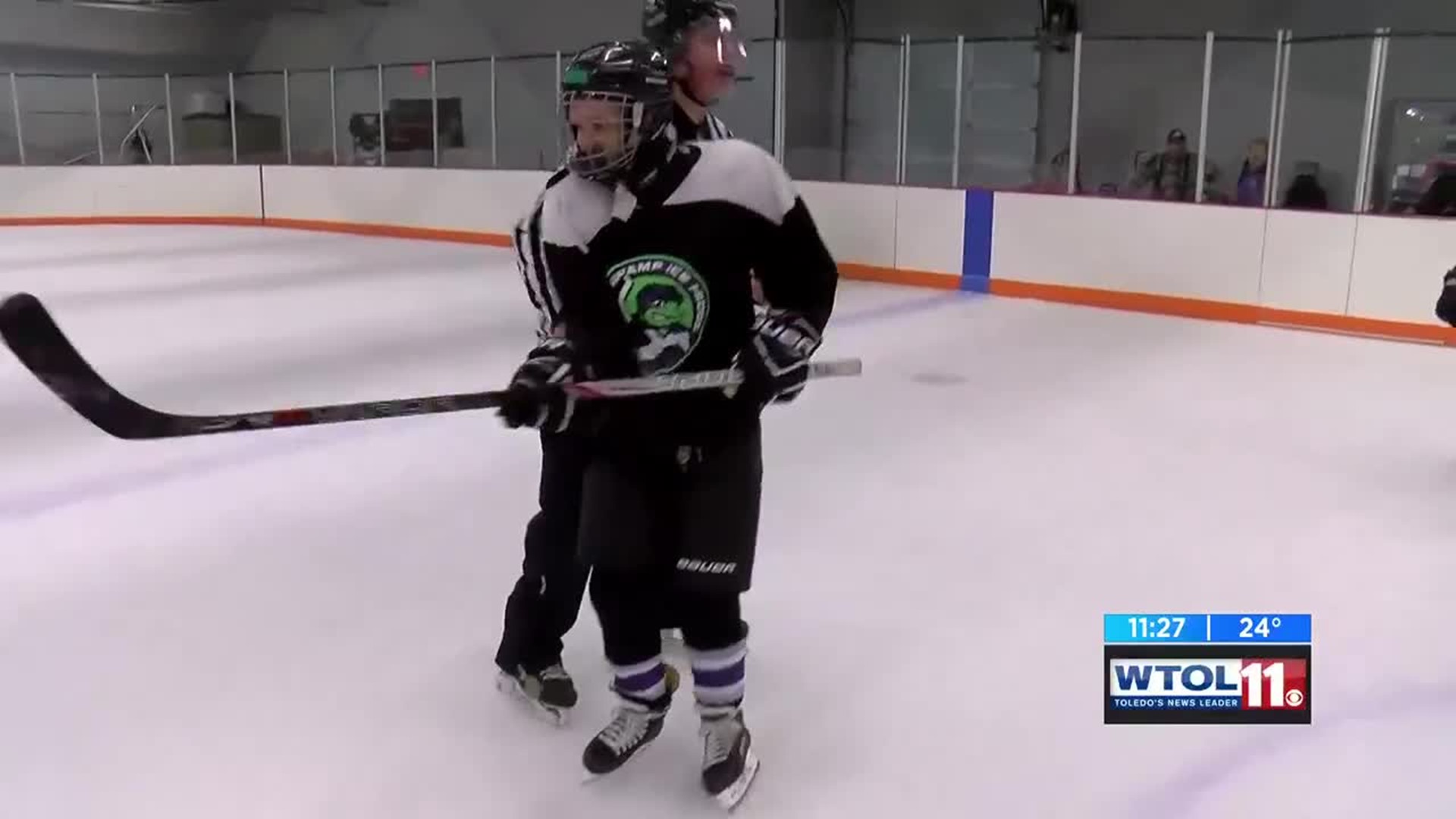 TOLEDO (WTOL) - For children with physical and developmental disabilities, it can be hard to fit in.

The Black Swamp Ice Frogs are a hockey team changing that. The team is helping kids grow on and off the ice.

Josh can he skate circles around the BG Ice arena and getting pucks in the goals is his favorite part of the game.

Those goals are possible because of the Black Swamp Ice Frogs. In their seventh year now they have over 20 teammates ranging from 4 years old to 30.

“It’s the greatest feeling to work with a kid and see those little steps they make that change their life so greatly in the long run,” said head coach and parent Joshua Anderson.

This team doesn’t just mean a lot to the players, the parents are ecstatic to see their children grow.

“He’s done a lot better than I thought he ever would. First time we got him on the ice I didn’t think he would be able to ice skate. I put the skates on him. He stood up and started walking. I was like oh my goodness. He got on that ice and took off," said parent Kathy Dibling.

“The first time he was able to hold the stick correctly and make contact with the puck, the joy in his face. And the first time he scored a goal he was like ‘I did it.’ Just for him to express that in words its was like ‘woah’ he said new words. That is so amazing. He’s speaking new words just being out there,” said Kathy.

It’s bigger than just hockey. The support system among these parents has helped them get through tough times.

“It means the world to me. As a parent with a children with a child on the spectrum its hard because there is no communication. They don’t tell you what it is they want to do. You have to explore," said parent Omar Smaidy.

“Everyone asks how you do it. I do it because he’s my son and I love him. This brings a whole different acceptance to him that he’s just like anybody else,” said Kathy.

The Black Swamp Ice Frogs are hosting a spaghetti dinner February 2 at First United Methodist Church at 1526 E. Wooster Street from 4 p.m. to 7 p.m. Tickets are $7 for adults and $5 for children. Money raised will help offset the cost of their trip to Pittsburgh for a national tournament.