The Gill family would normally be traveling all around the Midwest showing horses, but with events canceled, they've found ways to compete virtually. 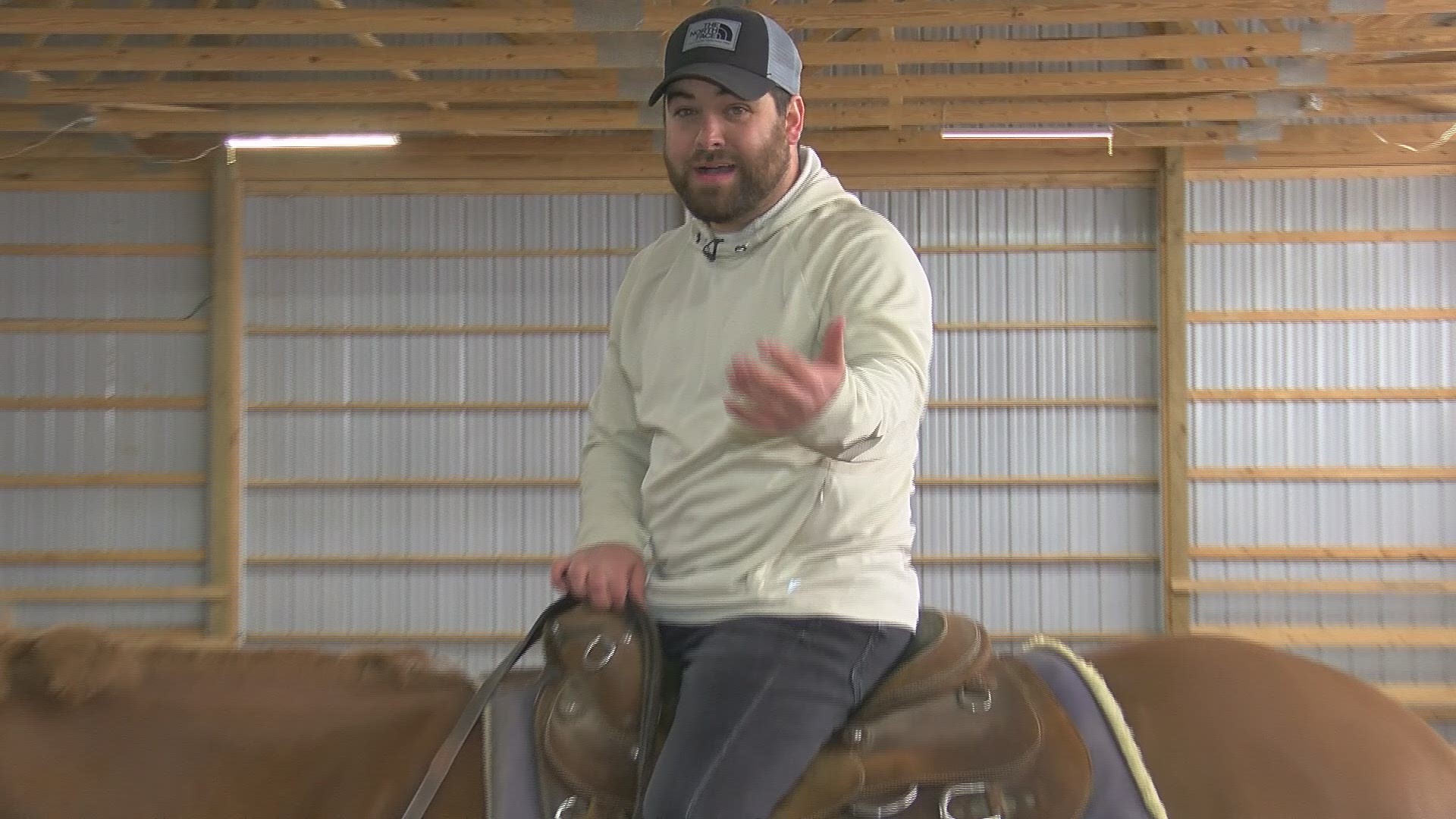 ERIE, Michigan — When you think about all the traditional sports that have been affected over the last month and a half, one sport you might not be thinking about, the world of showing horses.

Stephanie Gill and her husband started showing horses over 30 years ago. Now, they’ve turned it into a family affair. Normally at this time of year the family would be traveling all over the Midwest to show horses, but with stay-at-home orders in place, they’ve had to find new ways to compete.

“It’s interesting,” said Gill. “We don’t know film production or anything like that. We’re learning quickly how to make a video that actually works that someone wants to see online.”

Virtual horse shows have had to replace the real thing for the time being. Shaw is the oldest. He’s taken on the role of family photographer. For those unfamiliar with showing horses, they get dressed up and essentially get to show off with the horse. They then get judged for their abilities. Doing this all with videos they submit has certainly been a change.

The youngest member of the family is 8-year-old Rye. He’s already pretty darn good and he’s just getting started. He’s been a little disappointed not being able to make the family trips, but he’s making the most of things right now.

“I have lots of fun showing my horses,” said Rye. “It’s kinda hard because we can’t go places we like to go as a family, so we have to stay home and do the stuff we can do at home.”

The relationships that are formed through this go much deeper than you might think. For Rye, he’s got plenty of reasons to love his horses.

“I like that they’re cute,” said Rye. “They’re fun to ride and they’re really nice to humans.”

The family is still very active. Even on Thursday, they were out in the barn making more videos and entering even more divisions.

RELATED: Local athletes affected by the closing of Urbana University