Willow was on a ton of college coaches' radars but wasn't originally on Penn State's list until after her performance at their summer camp. 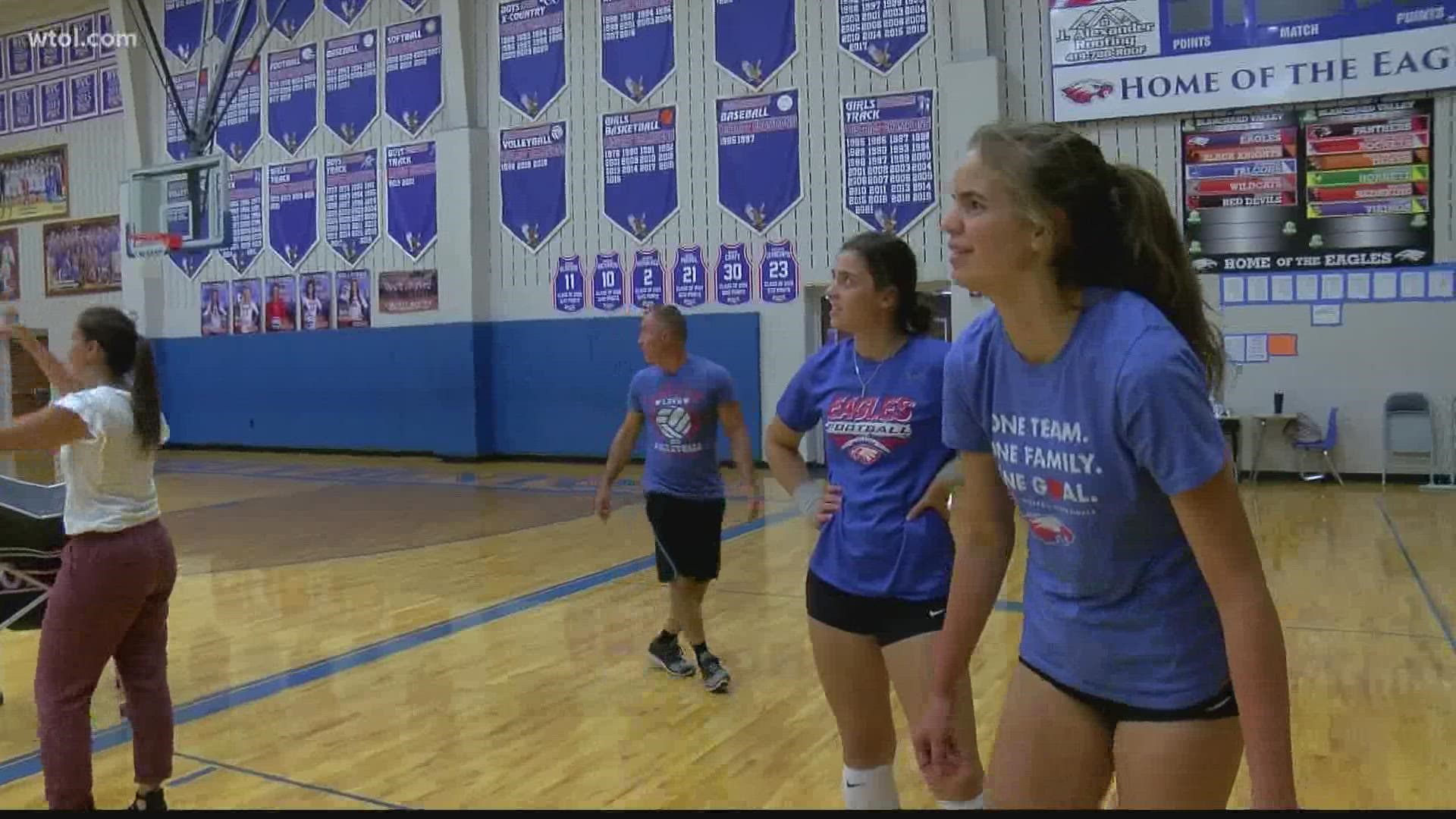 FINDLAY, Ohio — At 6 foot 3, Liberty-Benton's Karis Willow soars above the net and can absolutely crush a ball.

She's been on a ton of college coaches' radars. Her dream school is Penn State but she wasn't originally on their list.

"I told my mom when I was like 10, 'I want to go to Penn State,'" said Willow. "To be able to say that I'm going to Penn State is so cool. I mean, how many childhood dreams come true?"

So what changed from not being one of their top recruits to committing to the Nittany Lions? It was her performance at their summer camp that changed everything.

"On the way home we were in a McDonald's parking lot and we got a call from Russ Rose saying, 'What would you say if I made you an offer right now?'" said Willow. "I'm like, 'Woah, OK.' I was honestly speechless. I remember I was happily crying and I'm like, 'I don't know what to say.'"

"I'm just so happy for Karis because she's just talked about dreaming about Penn State since she was a little girl," said Liberty-Benton head coach Julie Todd. "I'm just over the moon excited for her. She had a lot of great options that I think would have been a good fit for her, but anywhere she goes she's going to make her presence known and fit in really well."

She knows committing to Penn State as a junior that she's going to have a target on her back. Everyone is going to want to block or dig her but Karis is just focused on bringing home another state championship.

Two years ago as a freshman Karis Willow put away the state championship winning point. She was catching the attention of college coaches all over the country. She just committed to Penn State, who has won 7 national championships. Congrats Karis! https://t.co/1mWy2xqvZs

Those memories from her freshman year have never left her mind.

"I remember so much about that game," said Willow. "I remember the serve and I'm like, 'Oh great this ball's coming to me,' and honestly I'm like, 'This isn't a state championship kill.' This is, I'm going to roll it over or maybe get a smart play and then slam the next one. When it dropped, I just remember looking at Caitlin Elsesser, she's down and I'm like 'We did it.'"