The Lauridsen Skatepark is set to host the Dew Tour May 20-23 and will include the only U.S.-based Olympic skateboard qualifying events for 2021. 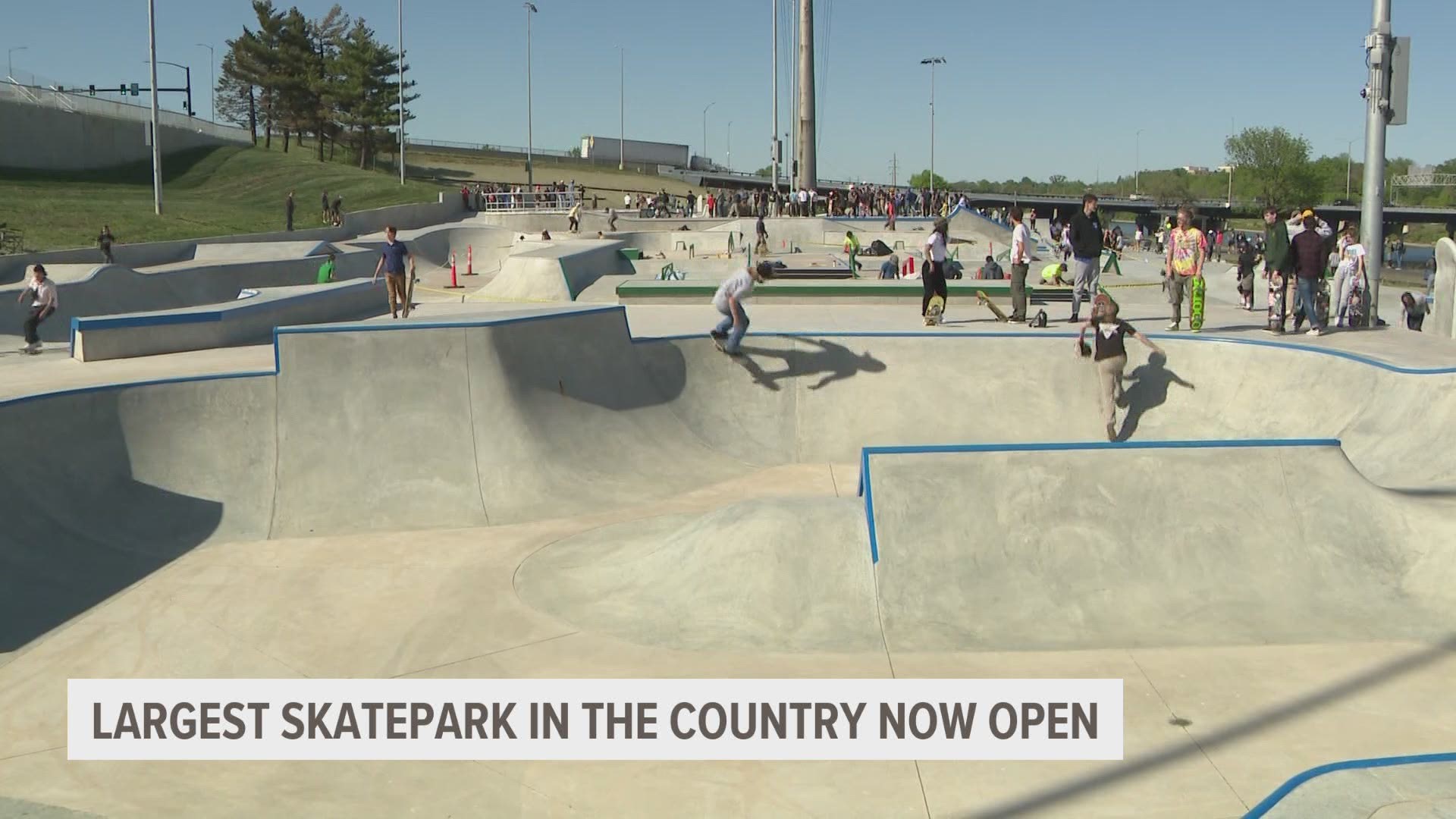 DES MOINES, Iowa — Iowa is now home to the nation's largest skatepark after more than three years of construction.

Local skaters got their chance to test out the park Friday night before the Dew Tour starts setting up for its national skateboarding competition Monday.

"It's going to open up the skating community. There was never anything big like this, those like Urbandale," said Dakota Langford of Des Moines. "I think it's going to be good because there's going to be X Games and the Dew Tour and yeah."

"This is everything that I wanted it to be," said Gianni Fontana. "I'm really glad that they chose Des Moines for a park like this. I feel like we needed something and this is the perfect thing."

Those who weren't able to come down Friday night have both Saturday and Sunday to test out the rails. The park will be open from 6 a.m. to 10:30 p.m. on both days.

Setup for the Dew Tour starts at 6 a.m. Monday. The skatepark will be closed to the public until May 27.

However, some skating elements will be open to those with tickets for the skating competition, according to the Greater Des Moines Partnership.

Tickets for the event are free to the public and are available now online.

The Lauridsen Skatepark has been drawing more and more attention to Des Moines for a while now. The Dew Tour will include a World Skate sanctioned men's and women's skateboarding street and park competitions.

That means Des Moines will be the center of the only U.S.-based global Olympic skateboard qualifying events for 2021. Skateboarding is making its debut at the Tokoyo Olympics this summer.

Watch: Progress being made on Lauridsen Skatepark in Des Moines