With every whistle and every bucket, Jim Swiczkoski has been a staple at Rogers’ athletic games for four decades 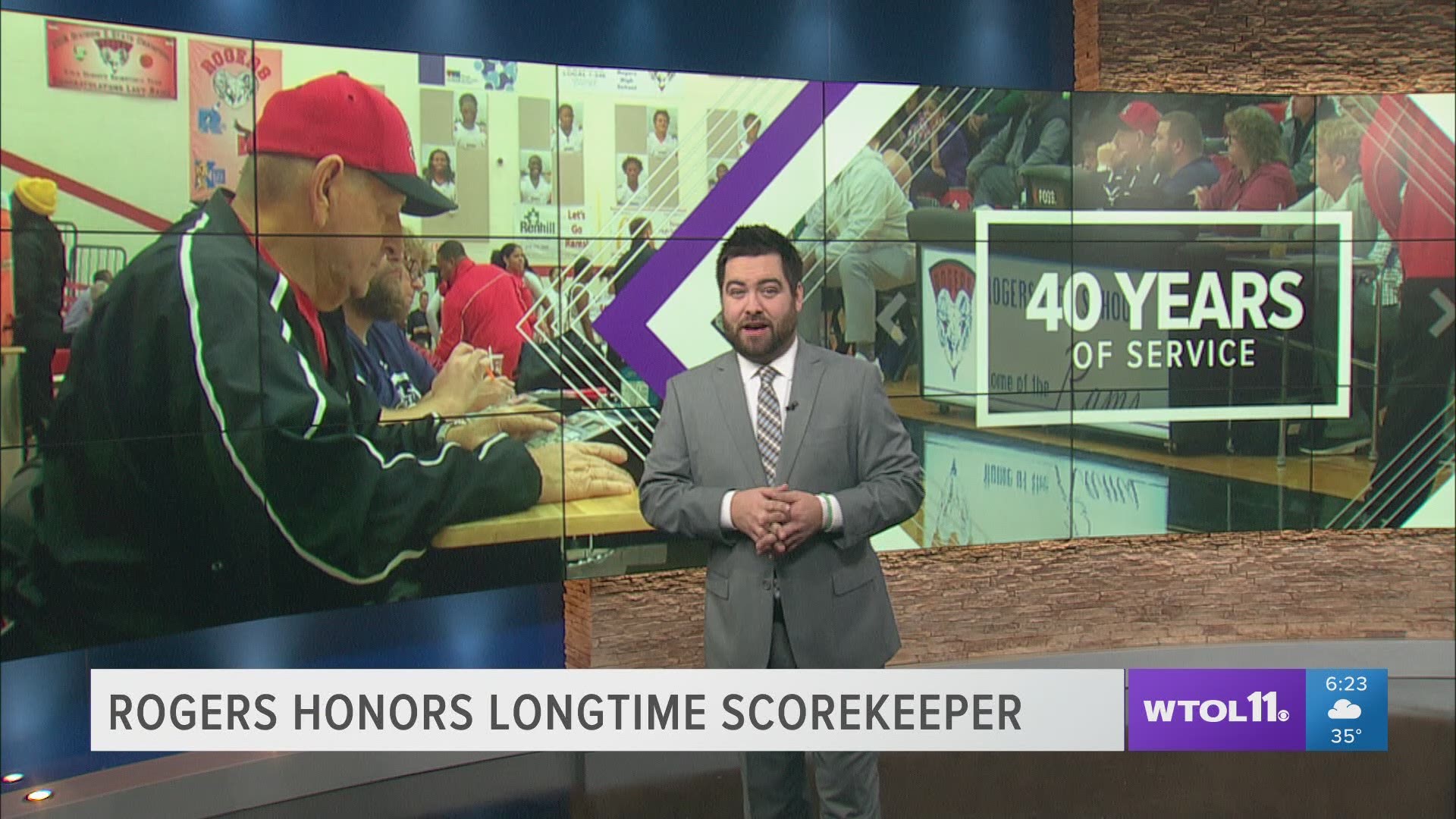 TOLEDO, Ohio — It is the end of an era at Rogers. Long time scorekeeper Jim Swiskowski is retiring after four decades.Before he could hang it up, the Rams had a surprise  for him.

With every whistle and every bucket, Jim Swiczkoski is a staple at Rogers’ athletic games. He’s been the scorekeeper for 40 years.

"I haven't missed a girls basketball game since 1980," said Jim.

He made the tough decision to retire. As a thank you for all those years, Rogers had a surprise in store.

Jim had no idea what was about to happen. His family was hiding in the hallway. He was called out to center court and  presented with a plaque and a ball signed by the team.

"It took everything I had to hold back tears. It was great. Mixed emotions. It's very gratifying." said Jim.

He’s seen hundreds of athletes play on this court. But one stands out most, Zia Cooke.

"She's the best girl I've seen play basketball in the city of Toledo. To see someone that had potential really made in enjoyable." said Jim.

No matter how many thank yous or awards he receives, there was one simple reason for his dedication.

"I'm just another person out there doing something. Helping out to the school." said Jim.