Gordi Myer was supposed to play last season for the Walleye before the season was canceled. 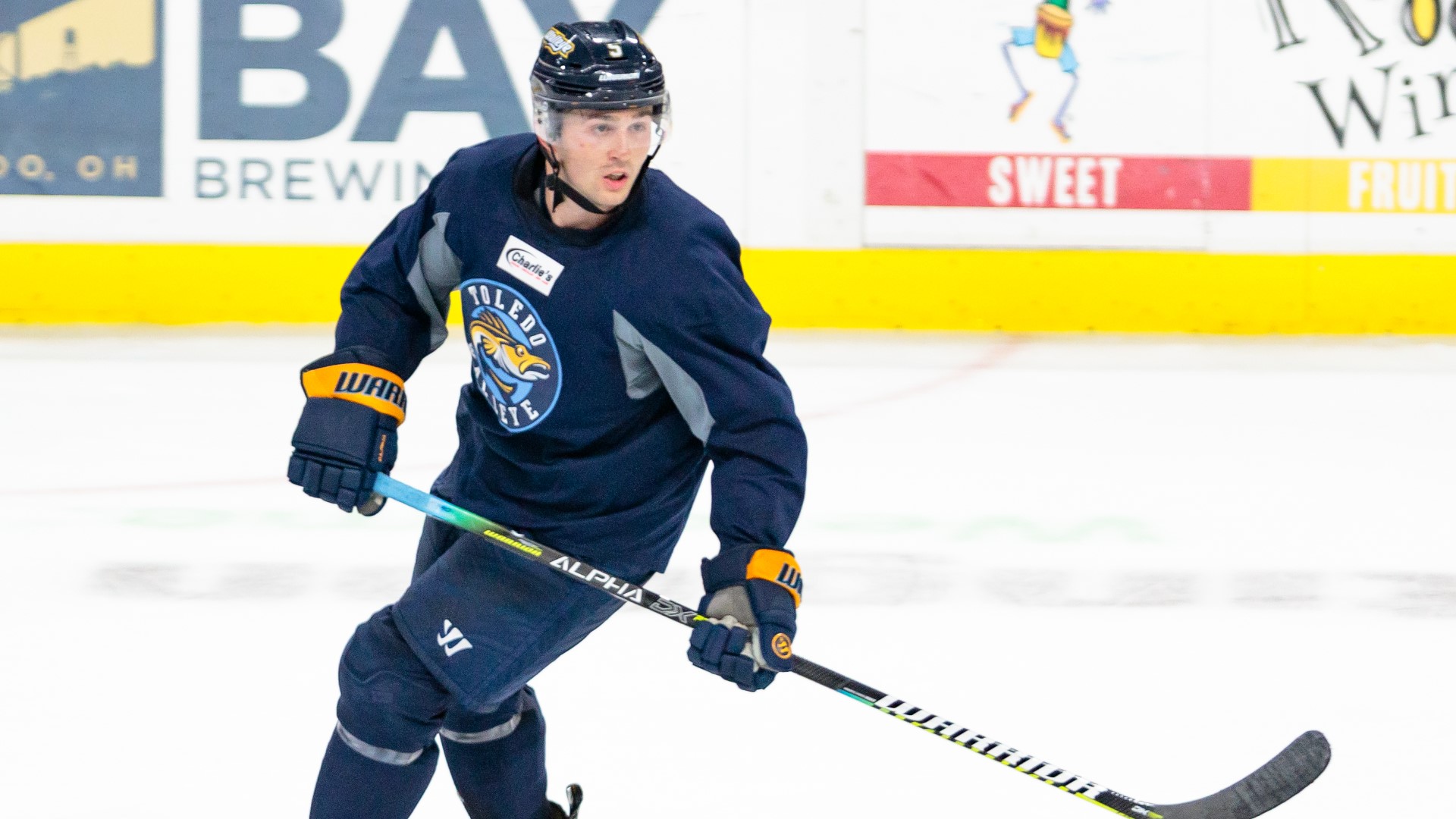 TOLEDO, Ohio — The Toledo Walleye are set to open their preseason on Friday, Oct. 15 at Kalamazoo and then at home from the Huntington Center on Saturday, Oct. 16.

One of the guys you'll see on the ice is Sylvania native Gordi Myer.

The former Ohio State Buckeye was supposed to play for the Fish a year ago, but when the season got canceled, he had to scramble to find a new team.

He ended up in the ECHL with Greenville and played in 36 games. It was his first taste of professional hockey and it was certainly a whirlwind.

Now, he's thrilled to be back home playing for the Walleye and should play a major role on this Toledo blue line.

"It was really weird because I'm living at home, I'm enjoying the holidays, thinking right after the season's going to start and then all a sudden I'm going to Greenville, South Carolina," said Myer. "In juniors I got traded once so I kind of knew what to expect to come into a new team that's already playing games. But it was a good experience to kind of get the first year out of the way to get ready for this season."

"Awesome skater. He's going to be a human breakout machine once we get used to the way we do things here," said head coach Dan Watson. "I think he's going to be an outstanding piece to the puzzle here."