Sofo has been training at Tam-O-Shanter with other top hockey talent from northwest Ohio. He's hoping to play hockey for as long as he's able to. 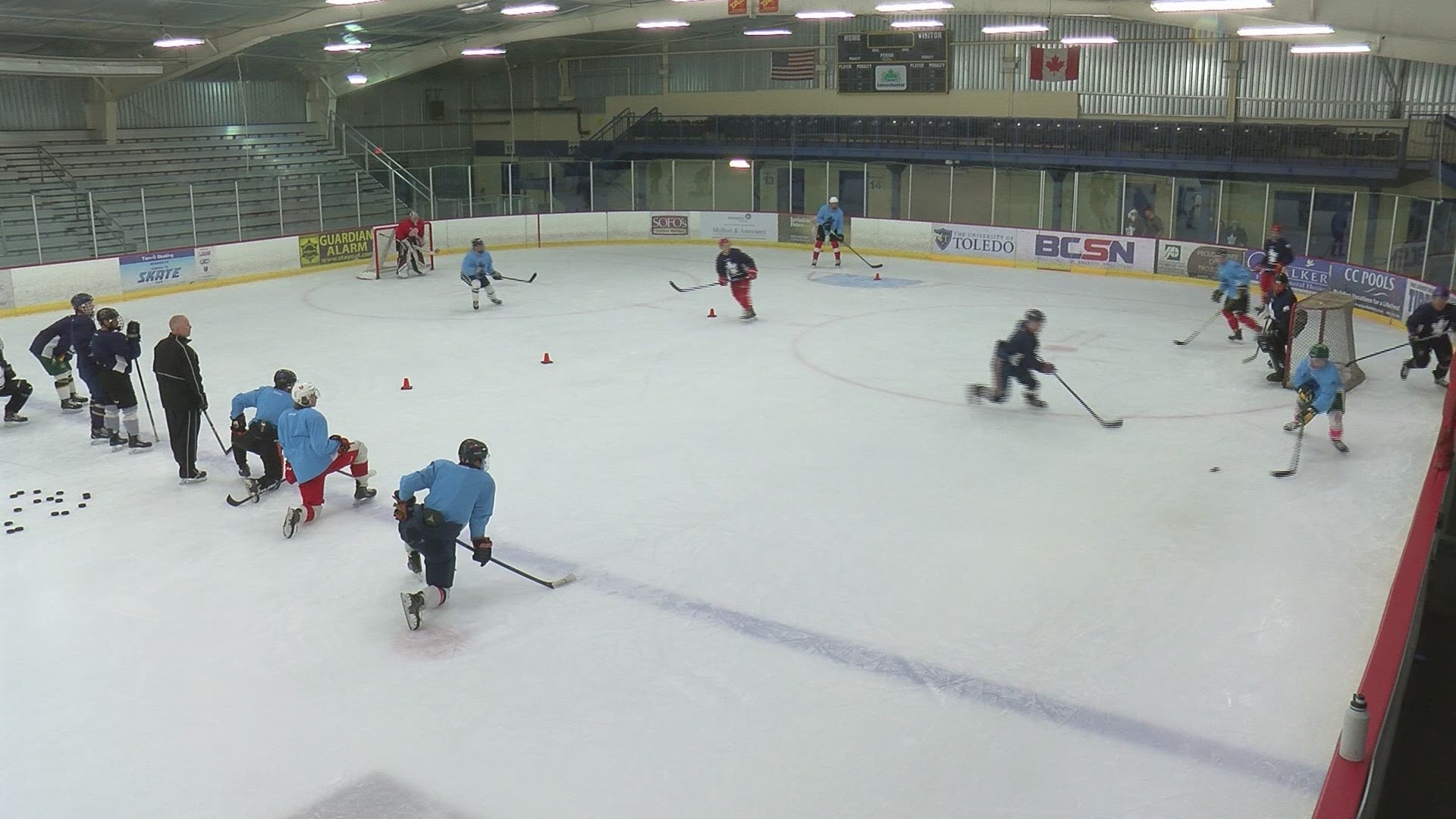 SYLVANIA, Ohio — Over the last two weeks, we have introduced you to the incredible crop of hockey talent in northwest Ohio. Some making names for themselves in the college ranks, others in the NHL Draft conversation. We continue with St. John’s grad Joe Sofo.

The phrase iron sharpens iron couldn’t be more true when the top hockey talent in the area get together to train with Nick Parillo. Sofo is one of those guys. Training sessions like these at Sylvania Tam-O-Shanter are the reason he’s become a big part of the University of Alaska Anchorage hockey team.

"It's really fun actually. I look forward to it," said Sofo. "Getting home for summer and getting to skate with these guys, because these are my friends and hockey guys that I've grown up playing with my whole life. Coming back and having a really good group of guys makes it that much better. Guys that are still playing and still working. Not many kids get to go home and do this and we got a really good group here. It's pretty lucky."

These guys have grown up and played together for a long time. They’ve seen guys ahead of them succeed, and now it's their turn.

“It’s kind of wild,” said Sofo. “When we were younger, we had Alden Hirschfeld from here and then Mike Monteith. That was it with guys that played college. Then they all just started rolling and we all skated together our whole lives. It's weird but it's like a tight-knit group and we know all each other really well, and it makes it really, really fun and special.

So what’s next for Joe? Well, hockey is in his blood, so the longer he can play, the better.

"I'd like to keep playing as long as I can," said Sofo. "I feel like a lot of people don't get to do what I'm doing, and all of us are getting a chance to do. It'd almost be a disservice to not keep going after college and just see where it takes you, whether it's here in the states, maybe for the Toledo Walleye, or over in Europe, France, wherever. It'd be special to keep playing after school."