This is the second week in a row at least one game has been canceled due to COVID-19. Tiffin Columbian now will play Southview. 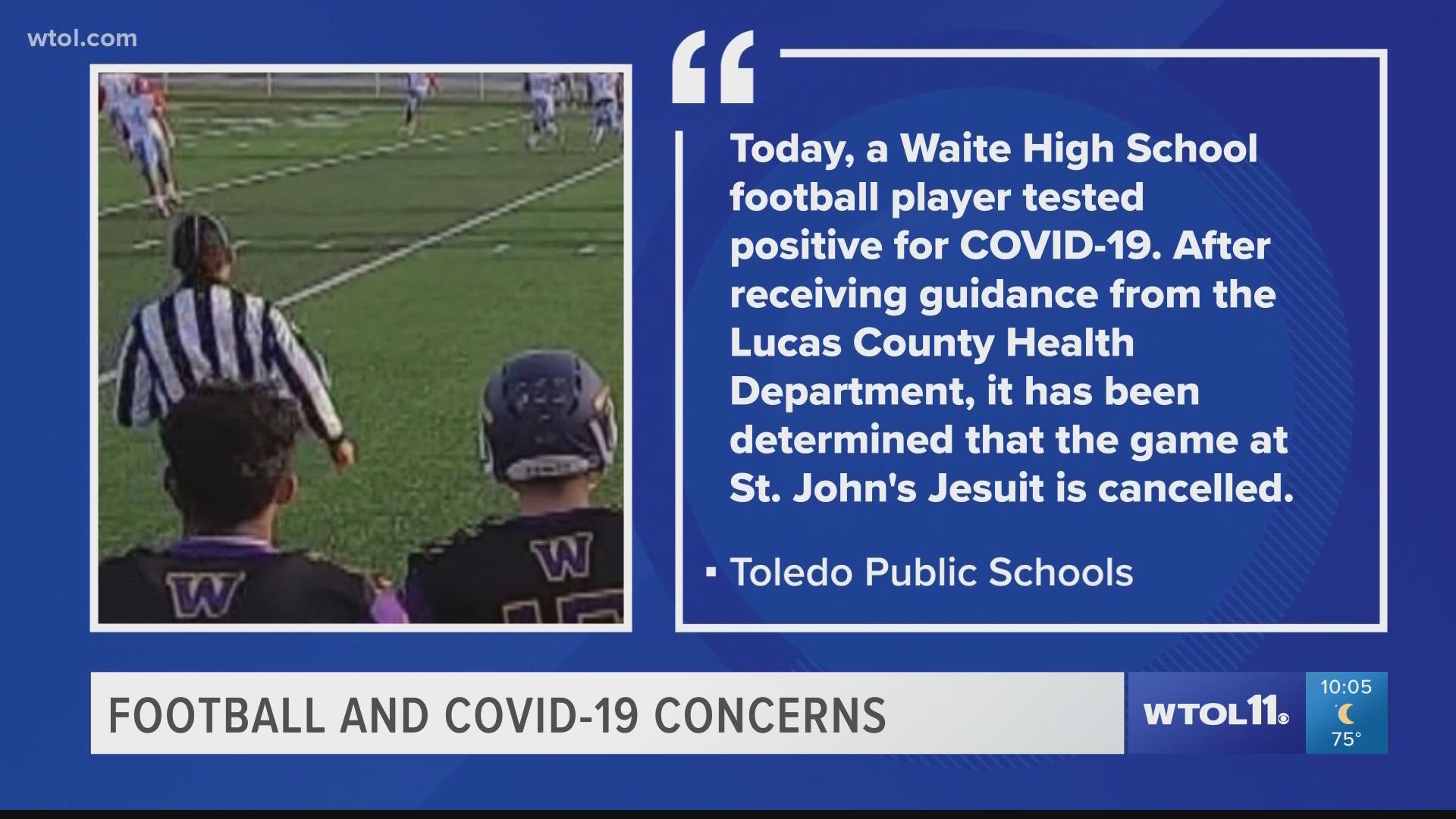 TOLEDO, Ohio — EDITOR'S NOTE: The video above is from Aug. 20, the first week of high school football, during which the Waite-St. John's Jesuit game was canceled due to COVID-19 protocols.

There are more changes this week to Friday night high school football due to COVID-19.

Tiffin Columbian will now play Southview after both of their original opponents were forced to cancel. Columbian posted a message on Twitter saying Springfield could not play due to COVID-19 protocols.

🌪️UPDATE from the Athletic Department. First, our originally scheduled opponent (Springfield) has pulled out because of COVID protocols. Thankfully we were able to pick up Sylvania Southview for this Friday, 8/27. Tickets will be $7 at the gate for Adults and Students.

The Columbian-Southview game will be played in Tiffin.