The Knights take down the No. 1 seeded Lakewood St. Ed's for the program's third state title. 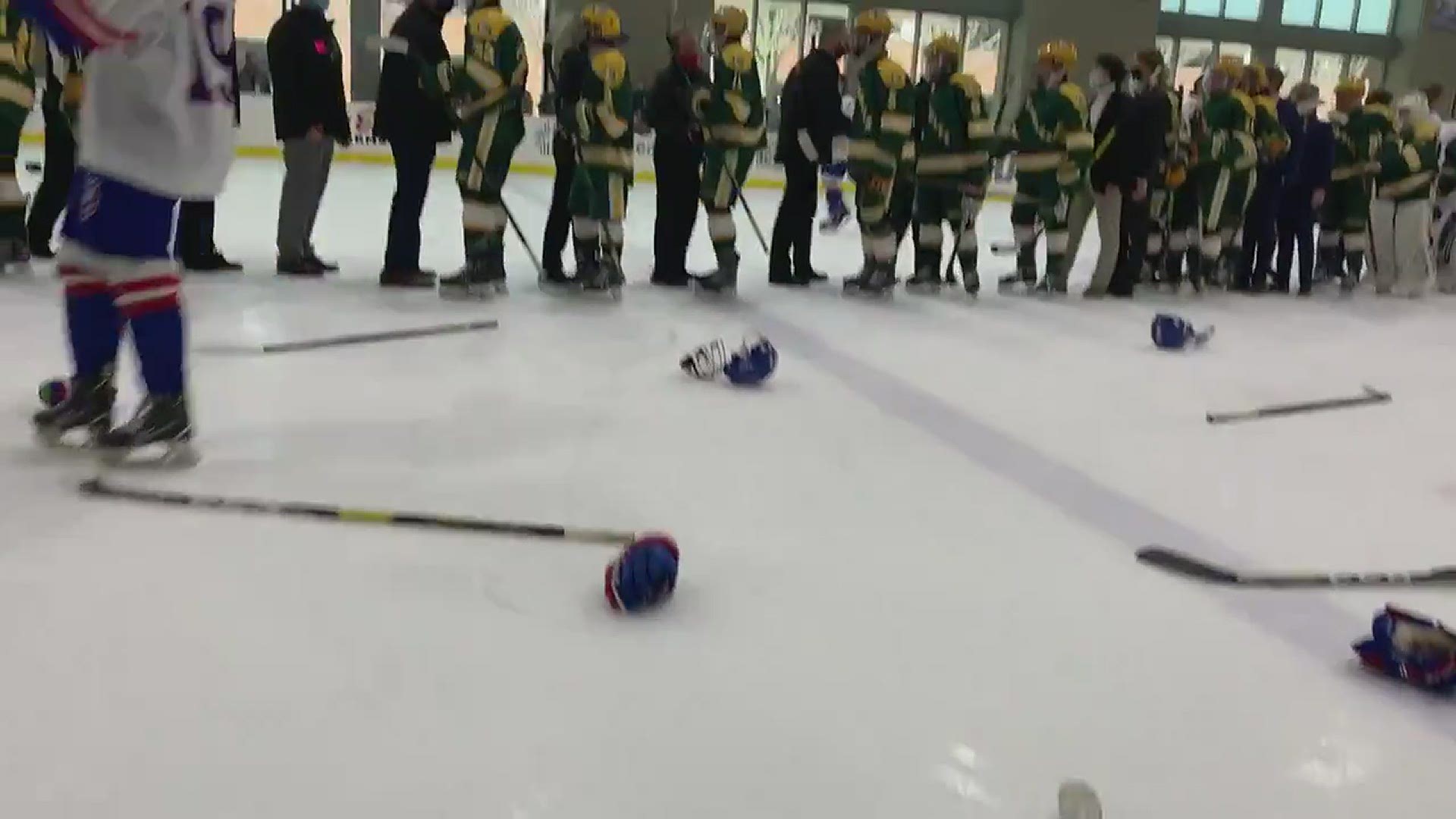 COLUMBUS, Ohio — The St. Francis Knights have another trophy for their case with the hockey team's 2-1 victory over Lakewood St. Edward, clinching the state championship.

St. Francis played St. Ed’s twice this season, skating to a 3-3 tie in the Cold Turkey tournament and losing to them 6-3. On Sunday, though, the Knights' victory was sweet and complete.

The No. 2 Knights scored first and saw goals from Devon Homier and Luc Kuhr. St. Edward's lone goal came when Jack Mansour scored in the beginning of the third. In net for the Knights was Jackson Smalley.

St. Francis' other state titles were in 2015 and 2011. They made it to the state semis last season, though the tournament ended up being canceled because of COVID-19.