In a statement, Paragon Marketing Group told 3News it was misled by a school known as Bishop Sycamore, who faced IMG Academy in Canton on Sunday. 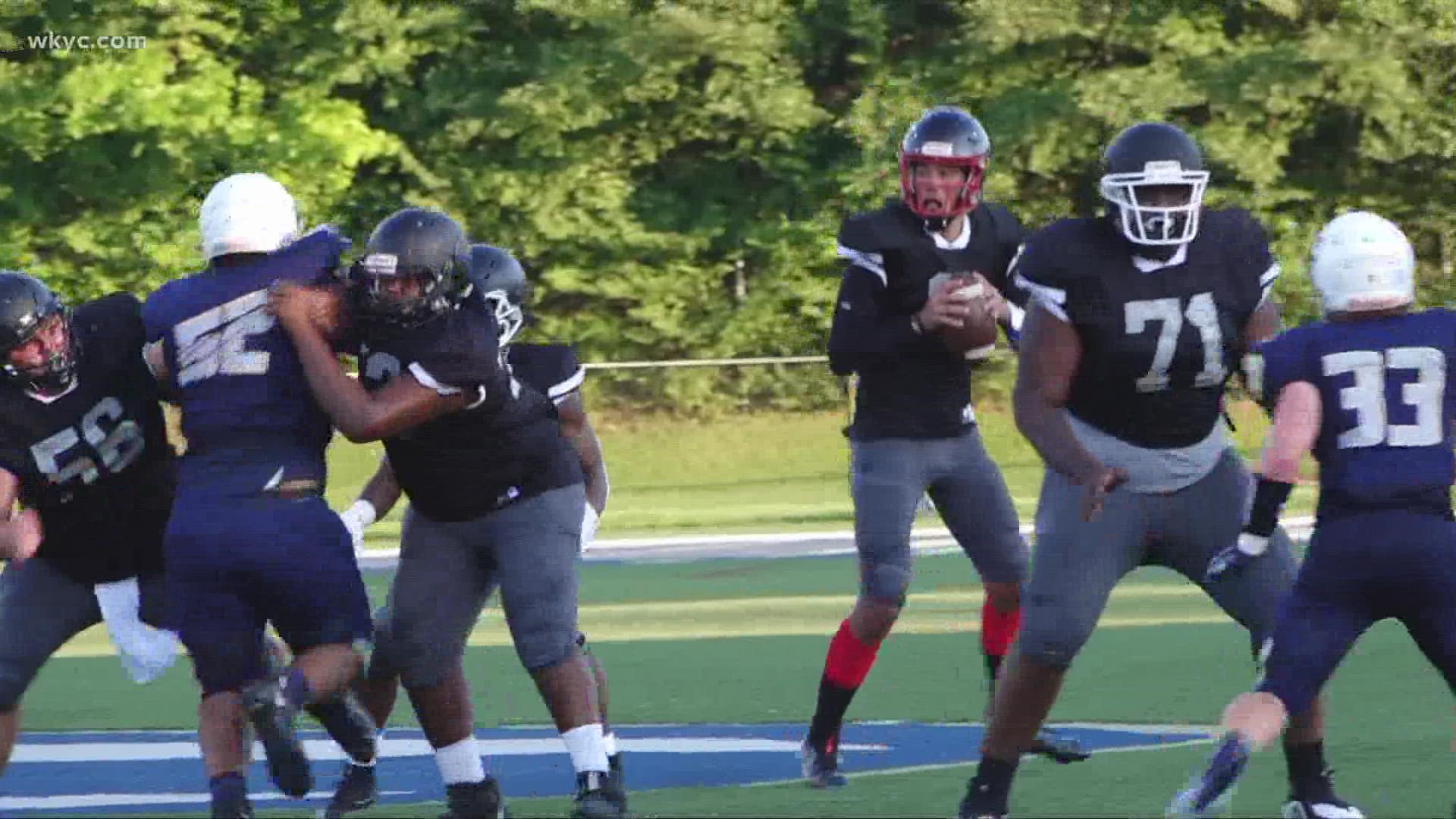 After the contest, which IMG Academy won 58-0, led to questions about the legitimacy of Bishop Sycamore as a high school, the marketing agency that scheduled the game for ESPN is claiming that it was "misled" by the Columbus-based football team.

"In regard to the IMG vs. Bishop Sycamore game, we were misled about Bishop Sycamore’s roster. On the Paragon end the vetting process should have been much more thorough in the weeks leading up to the game. We have helped place over 700 high school sporting contests on the ESPN Networks without a similar incident since 2002. Moving forward, in regards to independent non-traditional schools without an established track record, we will enhance our vetting process. Additionally, Paragon was not informed and had no prior knowledge that Bishop Sycamore players may have participated in a contest on 8/27. If we were aware of that game being played, we would have immediately cancelled the broadcast and event on 8/29."

Questions regarding Bishop Sycamore first came about when the broadcasters on the ESPN telecast admitted it couldn't verify that the team possessed a number of Division 1 recruits, as it had claimed.

Since then, AwfulAnnouncing.com has reported on a number of red flags regarding the team, including that it had played another game two days prior to its matchup against IMG Academy and that the team's roster includes multiple post-graduate players.

In an effort to reach out to the school, 3News visited Bishop Sycamore’s website but it appears to be taken down. However, there are several locations listed for the school, including a recreation center in Columbus. 3News spoke with an employee at the center who says there is no affiliation between the sports center and Bishop Sycamore. Additionally, another address listed for the school is the Franklin University Library in Columbus. The University’s spokeswoman tells 3News in 2020 someone from Bishop Sycamore reached out to inquire about leasing some space, however it never panned out and there is no affiliation.

The Ohio Department of Education doesn't list a school under the name Bishop Sycamore and The Ohio High School Athletic Association said the school is not within their membership, therefore, they do not follow the association's rules.

3News reached out and left messages for the team's founder and also athletic director, however we are awaiting a response.

A previous search by 3News’ Marisa Saenz found that the school's website offered almost no information about where the school is, what kind of school it is or any contacts. The only content provided on the website was about the football team. The team's social media accounts showed the same.