Cardinal Stritch football's Gene Rucker had no idea what he was getting into when he opened a neatly folded note from a young man looking for a job. 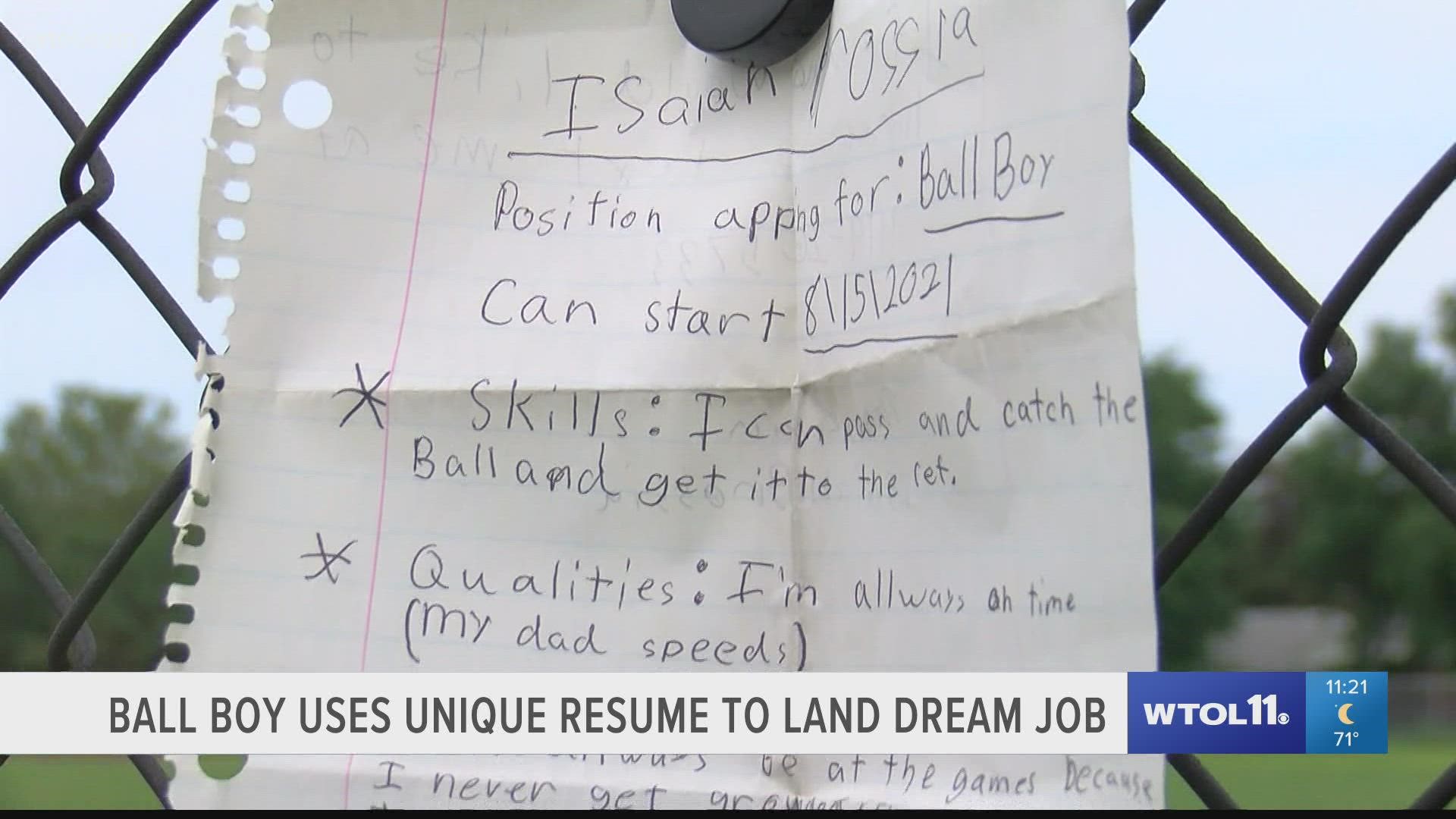 OREGON, Ohio — Think back to that first resume you ever made; we all struggle to find the words to make that perfect first impression.

For one young man at Cardinal Stritch, his skill with a pen landed him a dream job.

Gene Rucker, head coach of Cardinal Stritch football, had no idea what he was getting himself into when he opened a neatly folded note.

But, what it turned into has quickly captured the heart of everyone that has read it.

"We came in from practice and he walked up and I thought he was just saying hi because we've seen him around a couple of games," Rucker said. "When I actually got to reading, I instantly started laughing."

When the Cardinal Stritch football team was sweating out two-a-day practices, young Isaiah Brossia was plotting out his next career move.

"We were at home one day and my mom's like, 'How about we look on Google to see how we make a resume,'" Brossia said. "We grabbed a piece of paper out from the notebook and we started to write on it and we went to one of my brother's meetings and I gave it to the coach."

If you're wondering how the negotiations went...

"One day I asked if I could get a hat and a shirt and he's (Rucker) like, 'Yeah, I'll think about it,'" Brossia said. "Coach Rucker, it's pretty hard to negotiate with him. I gave him a little bit to think about it, but then he came up with the answer, 'Yes.'"

But, that wasn't all.

"At halftime, I was pretty hungry and I was like, 'For every payment could I get M&M's and nachos,'" Brossia said. "He waited for a little bit and he's like, 'Yeah.'"

"It was funny because at first, he was kind of a little shy about it. He didn't want to say anything, and then it starts to come out, 'M&M's and nachos will be OK,'" said Rucker. "It was a pretty easy negotiation, you didn't have to go too deep into it. If I was him I would have been calling for a name on the side of the field or a jersey to wear. He took it easy on us."

Isaiah loves Stritch football and they love him just as much. He takes his job very seriously.

He's just 9-years-old and Isaiah has gone viral on Twitter. Something that didn't really seem to shock his parents.

"I laughed hysterically," said Isaiah's dad. "He's always loved football and I've always told my kids, 'If this is something you want in life, you go for it. Be who you are, be humble and kind, but just go for it.'"

Throughout the season, Gene Rucker will have some tough decisions to make on the field, but this wasn't one of them.

With Isaiah's newfound viral fame, he sure forced their hand when it came to the hiring process.

"At this point, if I weren't going to do that, I think there would be a lot of people calling for my job," said Rucker.