The Irish defeated Defiance on Saturday to capture the elusive district championship. 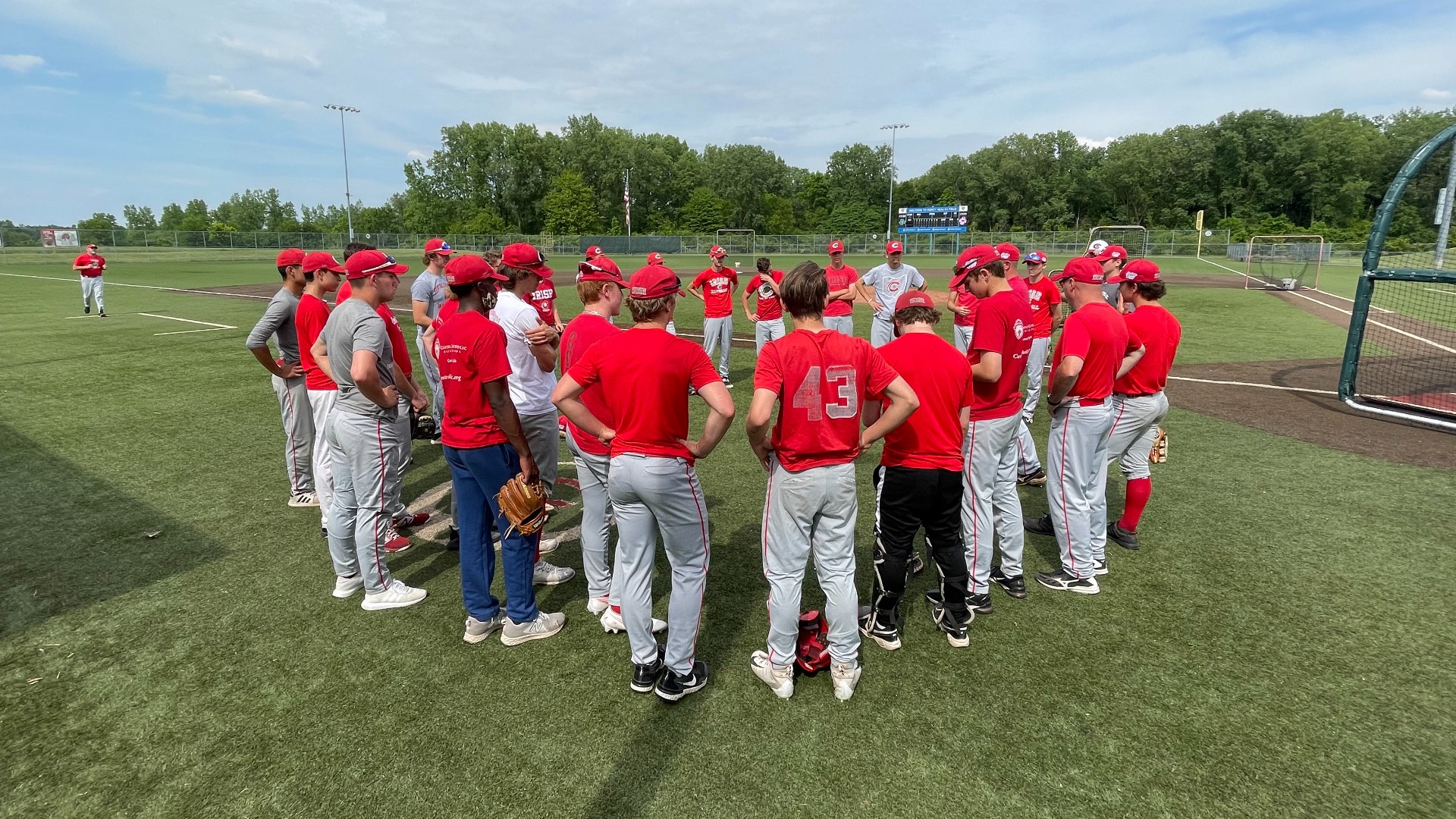 TOLEDO, Ohio — Jeff Mielcarek is in his 35th season as the head coach for Central Catholic baseball.

He has poured so much into this program and pulling off the upset against Defiance to capture the district title on Saturday was a special moment for everyone and something that they've been thinking about for a long time.

"It was awesome," said Mielcarek. "I'm happy and shocked that it's been 31 years, but happy it's over with and we can move on. Really excited for our kids and our program. There's been a lot of people that have come through here, knocked on the door and haven't gotten through it. These guys were able to get through it."

"We have numbers up in the locker room with the last time we won district champs, regionals, states, which we've never done," said senior Wilson Stopera. "It's kind of always on our mind. Our little saying was, 'We want to put a number up.' That was our goal this whole tournament run to put a number up and we're looking to put more numbers up."

"We knew that it's been 31 years," said senior Owen Kitz. "Some of the dads of the team were on that team that won it last time. We wanted to put a number up on the wall is what we say."

But just getting to the regional wasn't the ultimate goal. They have bigger dreams, and at this point, they're just hoping to keep it going as long as possible.

"What we've kept emphasizing for the last two and a half days is, we need to focus on us," said Mielcarek. "Take care of what we can control and let the rest of the chips fall where they may after that."

"It's one of those things, believe and achieve," said Kitz. "As long as we believe in each other, believe in ourselves, there's no limit to where we could go. We're having a blast. We're doing it for those guys last year that never got to play. Just having the opportunity to be out here in the first place is amazing and to see where we're going is just ten times better."

The Irish are scheduled to play in the regional on Thursday at Carter Park in Bowling Green against Oberlin Firelands.