An Oak Harbor win would put them into the state semifinals game for the first time since 2006. 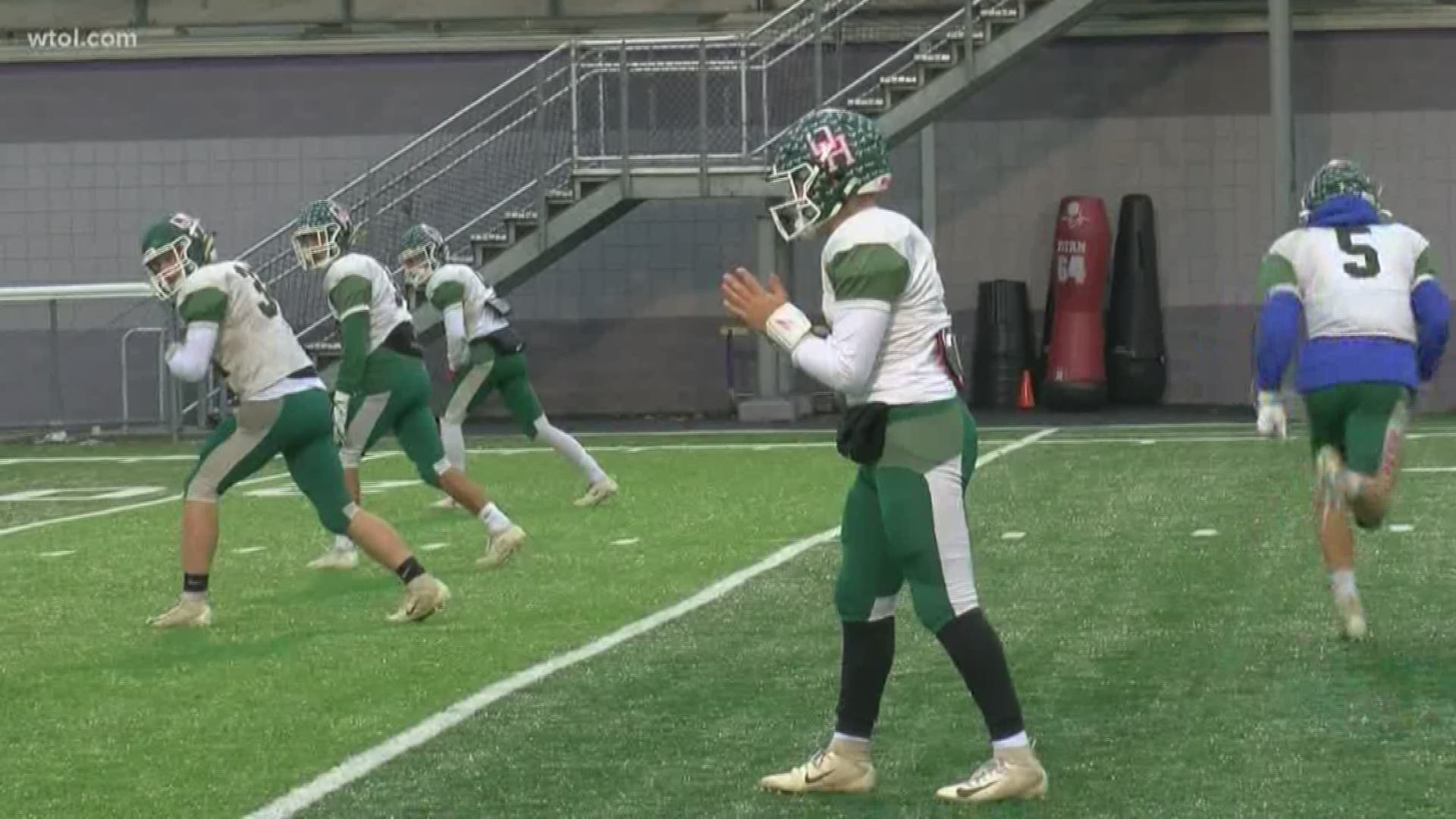 OAK HARBOR, Ohio — Oak Harbor is flying high after their big win against unbeaten Eastwood, but the test gets tougher when they play defending state champion Orrville.

The Rockets sit at 12-0 after beating the Eagles in the regional semifinals, while their closest game of the year was a 19 point victory over Edison.

But whenever a team reaches this point in the season the opponent only gets tougher, and that is just the case for the regional finals.

While the Rockets feel good about their big win over Eastwood, they must quickly shift focus to Orrville for a chance at the state semifinals.

"For us, we just go by week to week," said Oak Harbor senior Clay Schulte. "We watch film, correct what we need to correct and then we look to the next week."

"In the playoffs if you're fortunate enough to win you just have to move on and prepare for the next opponent," said Oak Harbor head coach Mike May.

The Rockets will look to advance to the state semifinals for the first time since 2006 on Saturday at 7 p.m. from Elyria.