The Fliers lost three of their final four games, but have since won three in a row. 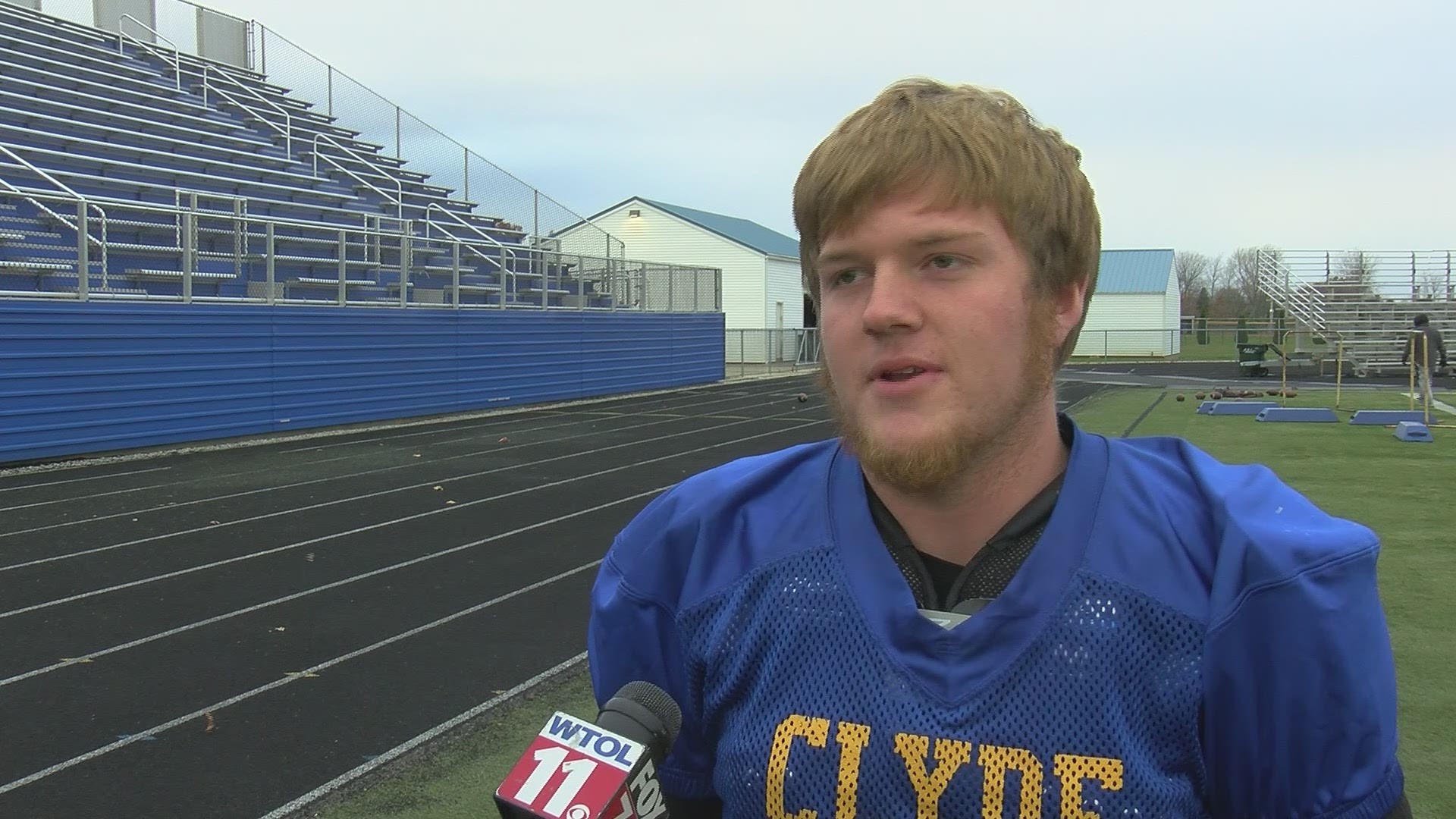 CLYDE, Ohio — Clyde was seeing their season slip away when they lost three of their final four games, but a final regular season win has propelled them to a potential state final four appearance.

They entered into the playoffs as an eight seed and upset the number one seed Keystone in week 11. They then beat Shelby by two touchdowns to help them set up a regional final game against Ottawa-Glandorf.

Ottawa-Glandorf is 9-3 and are coming off a close win over Wauseon, 21-14 in the regional semifinals.

While the Fliers are enjoying the run they are on, they know that they must flip the page and get ready for another tough week.

"Saturday nights you don't come down from it," said Clyde senior quarterback Ryan Lozier. "But Sunday you start to wind down. You get another week so you have to go focus. Every game is going to be a big game and going into it you know you're going to play a lot of good football teams."

"You really try and let them enjoy it for that night and the next day," said Clyde head coach Ryan Carter. "Same thing as a loss, you have to try and flush it out of your system and get yourself going into the next week. Our kids have done a nice job of that."

Clyde and Ottawa-Glandorf square off Saturday at 7 p.m. at Donnell Stadium in Findlay.

RELATED: Patrick Henry and Leipsic football square off for a chance at the state final four