Athlete of the Week: Taylor Baldwin

In the second set of Springfield's match against Bowling Green, Taylor Baldwin swung her way into the school's record books. 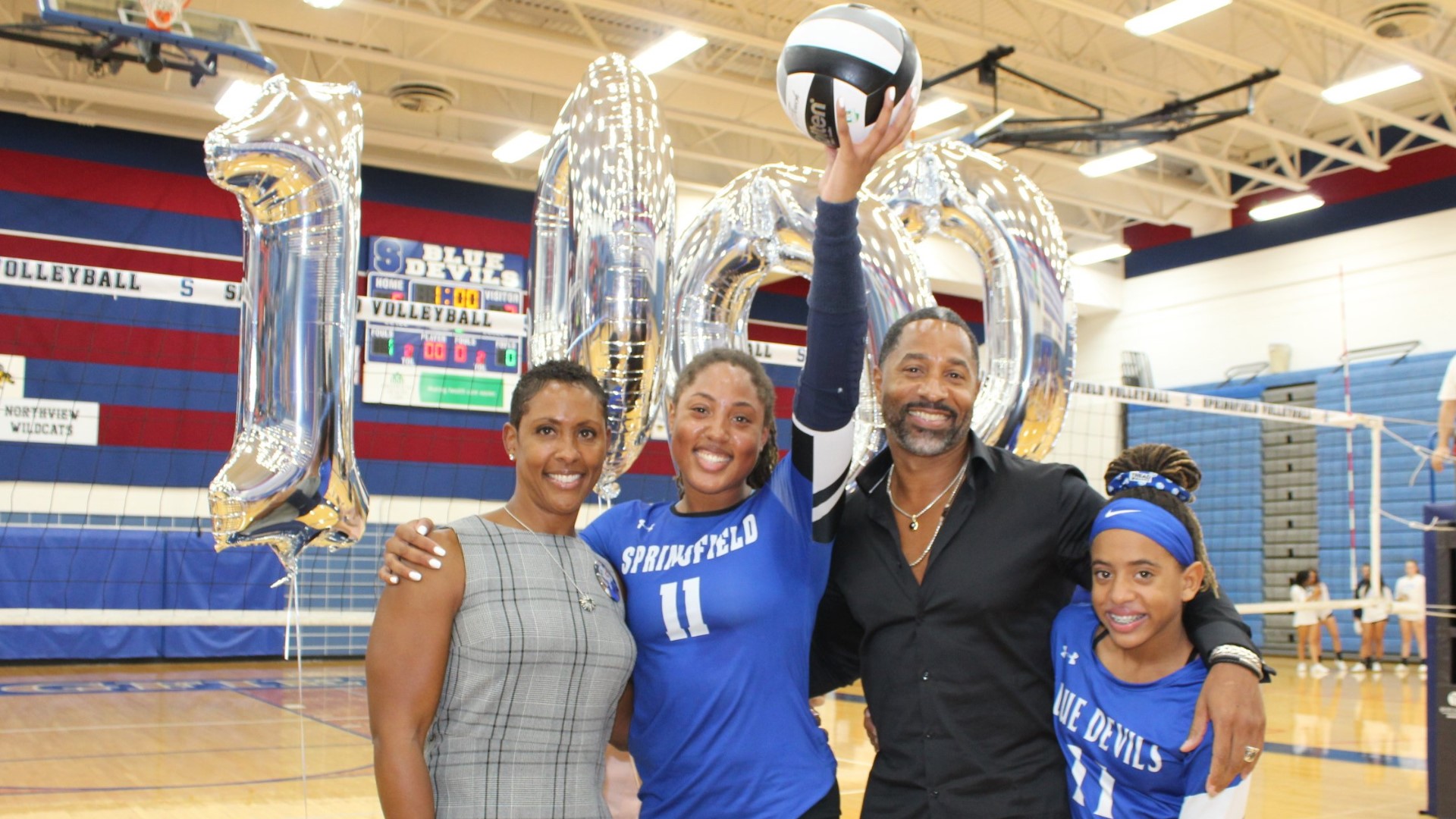 HOLLAND, Ohio — In the second set of Springfield's match against Bowling Green, Taylor Baldwin swung her way into the school's record books.

1,000 career kills. A moment she will never forget.

"One of their players shanked it and they couldn't get a second touch so I was like, 'Wow, I really just did this.' Then everyone started cheering and coach came up to me and hugged me. It was very emotional and a surreal moment," said Taylor Baldwin.

"I've seen a lot of records be broken, but to be able to be a part of this makes what you do why you do it. It was really special," said Head Coach MaKenna Reitz.

Coming into the match, Taylor only needed nine kills.

"I was a little nervous, but in the game I had to let it go. Even though it was a lot of pressure I didn't really feel it. It's just what I was meant to do," said Baldwin.

She is a four-year varsity player that Rietz has watched develop into a leader and a tough player for opponents to handle.

She is hoping to play college volleyball and what she brings to a team both on and off the court will help her excel at the next level.

"Power. She brings a lot of power and tenacity. She is very driven and wants to compete at the highest level. She pushes her teammates to do the same," said Reitz.

Taylor Baldwin, our Athlete of the Week.