With one strike, Tatum Neumann scored her 29th goal this season, kicking her way into the Genoa record books for the most goals scored in a season. 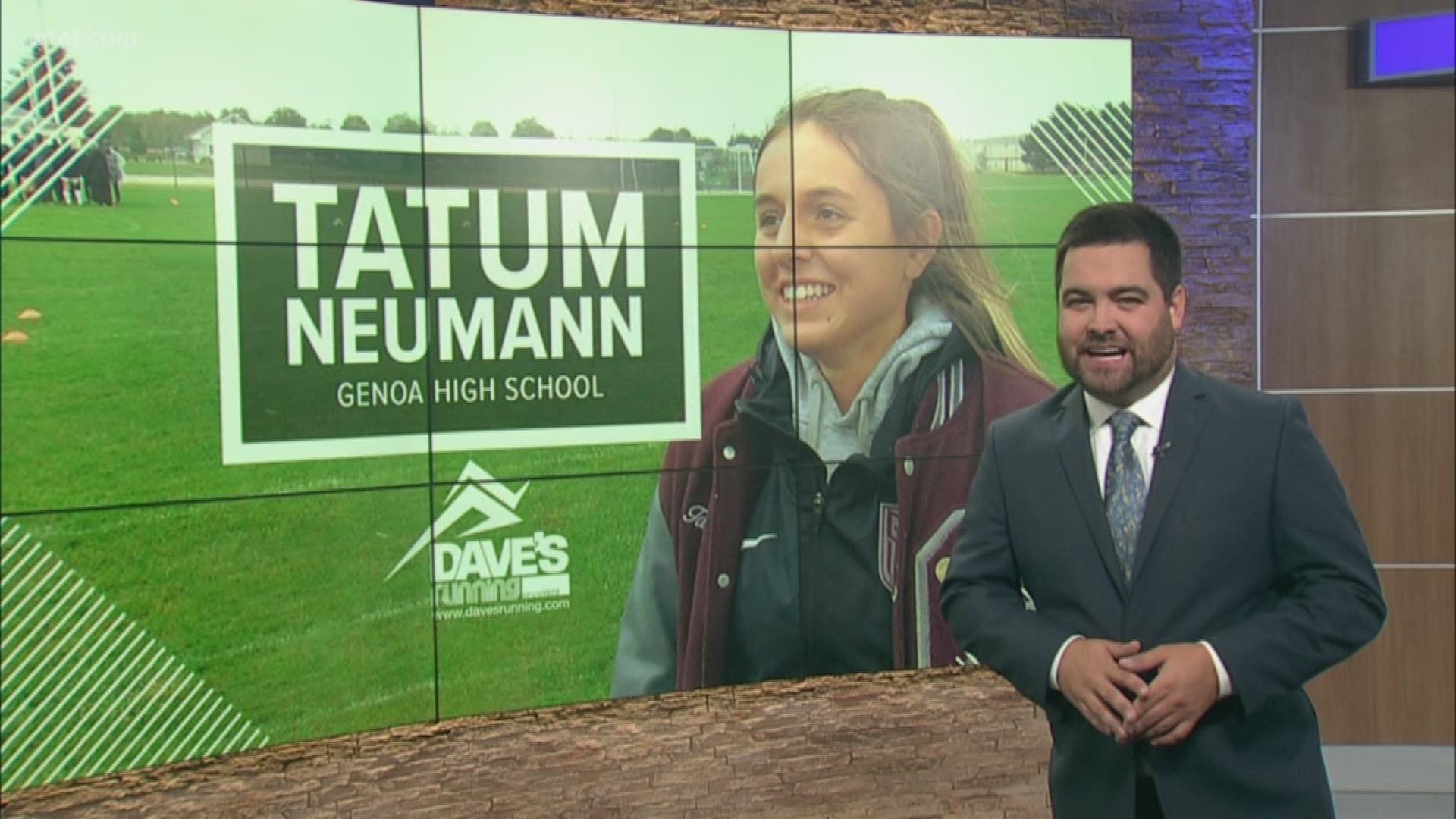 "It was a header from Liv and I just felt it coming in the air and I just hit that strike," said Genoa senior Tatum Neumann. "I had so many opportunities before that and they just weren't slipping in and once I saw it I knew it was going in."

With one strike, Tatum Neumann scored her 29th goal this season, kicking her way into the Genoa record books for the most goals scored in a season.

"It's a good thing for future soccer players coming in to see that name up there that it's possible. There may be someone else that could get there, but my name being there shows all my hard work over the last four years," said Neumann.

She’s a tough kid. With a broken nose protected by a mask, she fought through the pain to finish the season with her team.

"She broke her nose two weeks ago at the Lake game. She broke the record with a huge mask on her face. It was pretty cool to see that. She ran over and gave the ball to her mom," said head coach Josiah Hanson. "She was in tears. It just showed how much it meant to her and her teammates."

But the goals didn’t stop there. Tatum scored another goal later in the game, and she’s not done yet.

"I was like, 'Yeah keep them coming'," said Hanson. "That's how she's been all year. She's been lighting it up. I think the key for her was once I told her it was going to happen, just keep working hard, I think she took that to heart and she's been doing a great job."

Tatum Neumann, our athlete of the week.