Madison Royal-Davis is one of the top high school basketball players in Northwest Ohio. 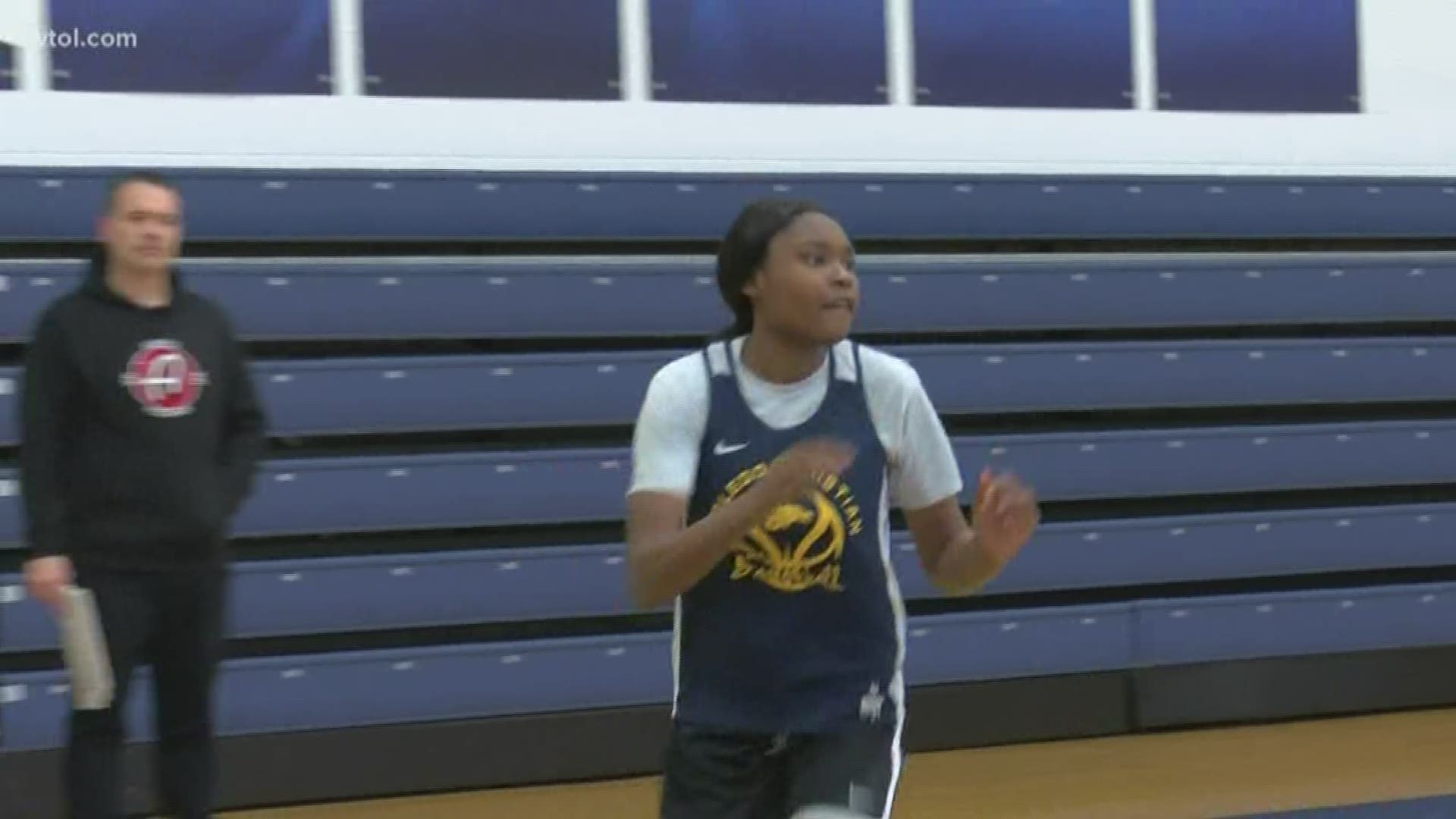 TOLEDO, Ohio — Madison Royal-Davis dominated the City League alongside Zia Cooke for two straight years. But this year, she's made a huge change in her life.

"The biggest difference is probably learning the plays," said Royal-Davis. "At Rogers we didn't have too many plays, and here we have way more plays, but I've been hanging in there."

"As a coach you definitely want somebody like that," said head coach Tim Wensink. "She's athletic, she's played a lot of basketball and you can see that on the court. Her IQ is awesome and what's great about it is you notice the younger players getting to see that, getting to be a part of that, they're just getting better everyday just to be able to witness that."

Not only does Royal-Davis bring the knowledge of how to win, she brings an immense amount of skill to this program. At the Division IV level, her talent will be able to take over in a lot of games, but she's also growing as a leader and a teammate.

"It's been going good, it really hasn't been any different," said Royal-Davis. "I adjusted really well and really fast. I grew a lot more and I am more mature. I'm just a better leader and I like to push my teammates."

Royal-Davis said her previous basketball experiences have helped her prepare for her chance to now lead Toledo Christian.

"It helped me a lot because we went down to states, so I know how to get there and what to do, and I can try and teach them the way," said Royal-Davis.

"She just involves the ladies," said Wensink. "Our team is just a better team. Once she gets to the rim, starts attacking for herself, that opens up for everybody else. She's done a great job just distributing the ball."

Madison Royal-Davis is our athlete of the week.