Athlete of the Week: Joey Hoppenjans

Joey Hoppenjans has only been seriously golfing for two years. The junior played football his freshman year, but golf at St. John's Jesuit is his true passion. 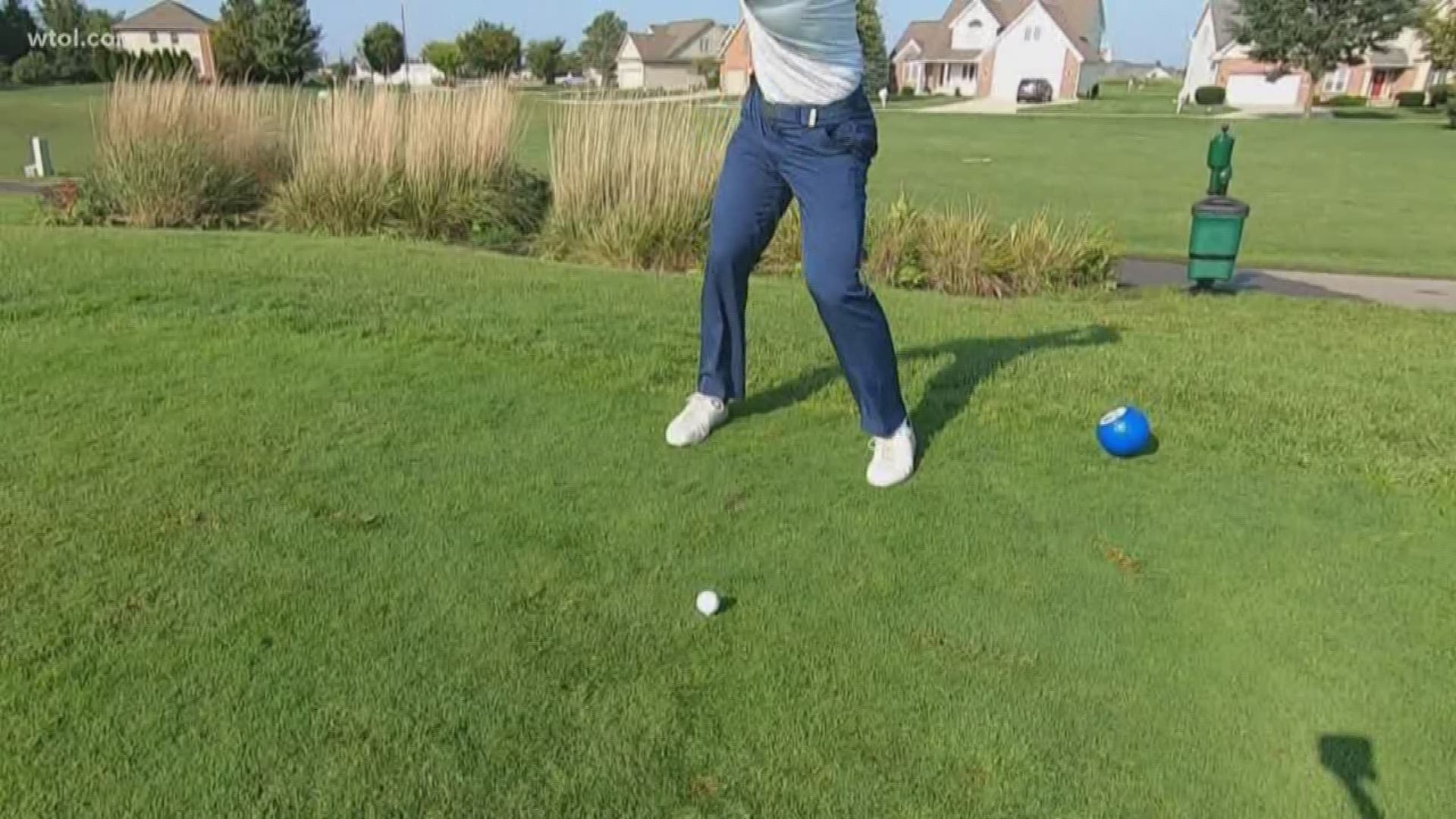 The St. John's Jesuit High School golf team qualified for Districts on Tuesday after an impressive performance at Sectionals. The team was led by junior Joey Hoppenjans, who had the overall lowest score.

The TRAC golfer of the year is our Athlete of the Week.

Joey Hoppenjans has only been seriously golfing for two years. The junior played football his freshman year, but golf is his true passion.

“During the football season, I would play on the weekends with my brother and dad and I was putting up some good numbers. High 70s low 80s and that was when I was like maybe we should pursue this whole golf thing,” Joey said.

His journey to TRAC player of the year started at a young age.

“When I was about 11 or 12 I went out on a Saturday morning with my dad and his buddies actually here at Stone Ridge. I shot a 101 the first time. Nobody had plans for the rest of the day so we played another round and I shot an 86 so that was the kick-start to my golf career.”

He’s a coachable guy and a leader. He drives his teammates to and from practice every day and never asks for a dime of gas money. That humility is one of the many reasons Head Coach Mussa Orra loves coaching him.

“A lot of times when guys are at this high talent level, they know it all. He is a guy that even when we are on the course he’s like, 'Coach, what do you think about this?' He is so coachable. He takes your advice and puts thought into the game. It’s what every coach wants," Orra said.

Even with all his accolades, he still feels like he hasn’t reached his full potential.

“Not yet. I don’t think I have peaked yet. My scores are a little higher than I would like this year. I had hefty goals this year, which I knew would be tough to reach," Joey said.

“His want to continue to improve. I like hearing him say he hasn’t peaked as a golfer yet, and I don’t think he has. I think he is in that direction. His work ethic and ability and want to grind it out is awesome," Orra said.

Joey Hoppenjans, our athlete of the week.