On Tuesday night, Liedel went over 2,000 points for his career. He will be playing his college ball at Detroit Mercy. 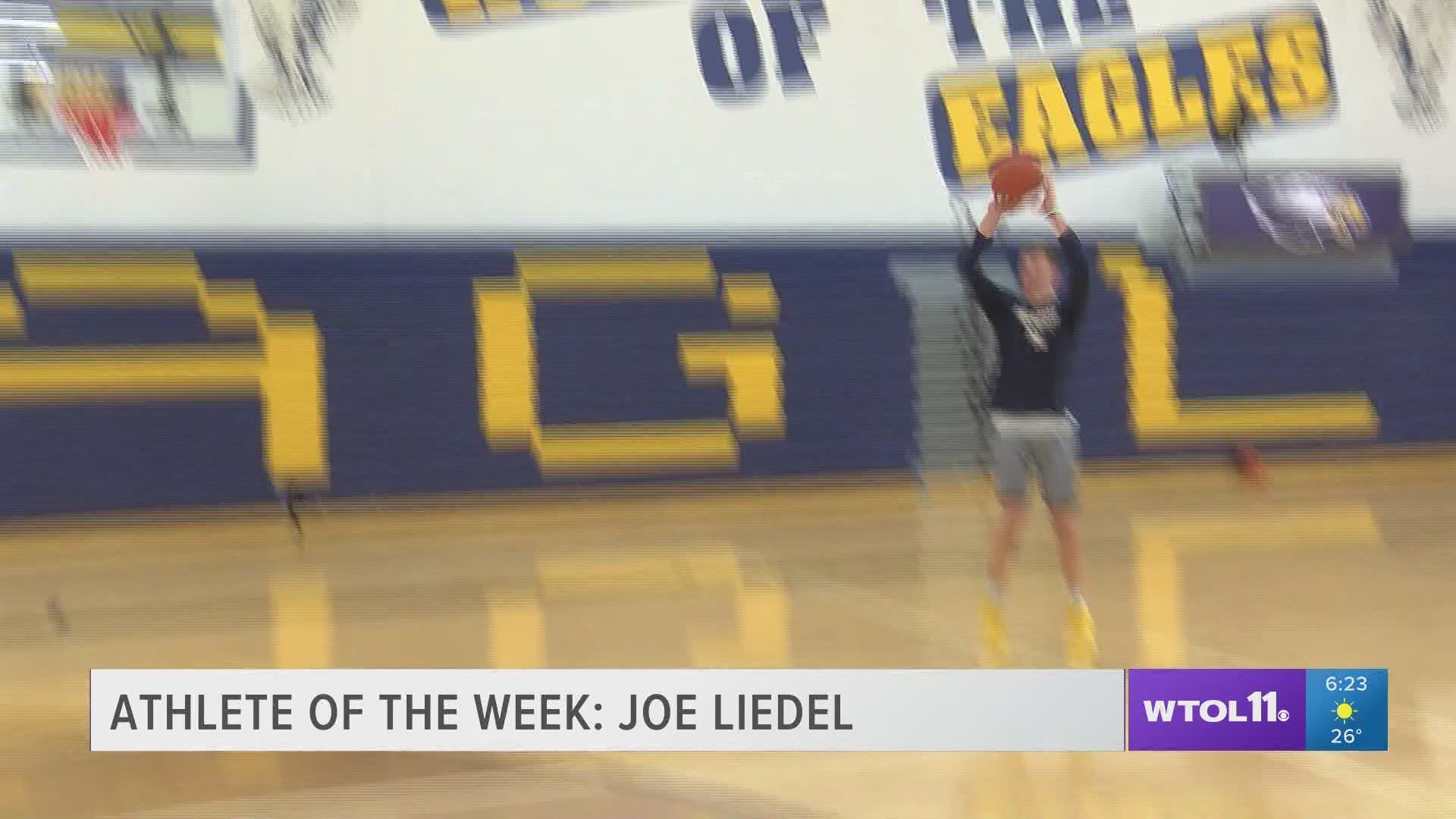 ERIE, Mich. — A year ago, Erie Mason’s boys’ basketball team made it to the State Final Four in Michigan. They lost four starters from that team, but they still have their sharpshooter Joe Liedel. The Senior is one of the best three-point shooters in the history of Michigan High School Basketball, and he’s our athlete of the week.

It doesn’t matter where he’s at on the court, Joe Liedel feels comfortable. The numbers are just eye-popping. He’s had games with over 50 points. He’s been remarkably consistent. He’s averaging over 34 points per game, and he’s just a nightmare to guard.

“A lot of that is just the hard work and dedication that I’ve put in,” says Liedel. “Over the years, in the summer, I’m just continually working, trying to get better, work on my game. Every year, I try to take something to work on and get better. My teammates put me in the right position, my coaches, they know what I can do, and they give me full confidence and freedom, so that’s what I go out there and do every night.”

“Any time you can pull your range out to 27-28 feet, that allows him to get around people, because they have to defend him out there,” says Erie Mason Head Coach Kevin Skaggs. “He’s developed a really nice crossover and a quick move to the basket to beat his defender. If he doesn’t have an open look, he finds somebody else that does, so he’s really hard to guard.”

He comes from a huge family. He’s one of 10 kids. As his coach says, he’s a faith-filled kid. He’s accomplished a ton during his high school career, but as the accolades have piled up, Liedel has never changed.

“Everybody’s known how good he is since about third grade,” laughed Skaggs. “The interesting part of it is he’s such a competitor. But what makes Joe so great is that he’s just a level-headed, good person.”

Liedel will play his college ball at Detroit Mercy. His dream was always to play Division I ball, and he’s getting his shot, but he still has a chip on his shoulder. Even with the video game-like numbers he puts up, he was certainly underrecruited.

“I still feel like I’m overlooked a lot,” says Liedel. “I’m averaging 33-34 points a game, and it’s not like we’re not playing good teams. Last year we played Detroit-Loyola, Hanover-Horton. I still had back-to-back (games of 40 and 35 points). So, I do feel like I’ve been overlooked, but it doesn’t matter. I’ve just gotta keep going out, working hard, and doing what I do best.”

No matter what the recruiting rankings say, Liedel continues to get buckets, and he’s hoping that will lead Erie Mason back up to the Breslin Center and the State Final Four. On Tuesday night, Liedel went over 2,000 points for his career. He’s started every single game since his freshman year. And his coach, Kevin Skaggs, who spent over 20 years coaching college basketball, including a stint as the head coach at Owens, believes Liedel is more than prepared to have success at the next level.