McWhinnie nailed a shot at the buzzer last Friday to beat Cardinal Stritch and move into a first-place tie in the TAAC. 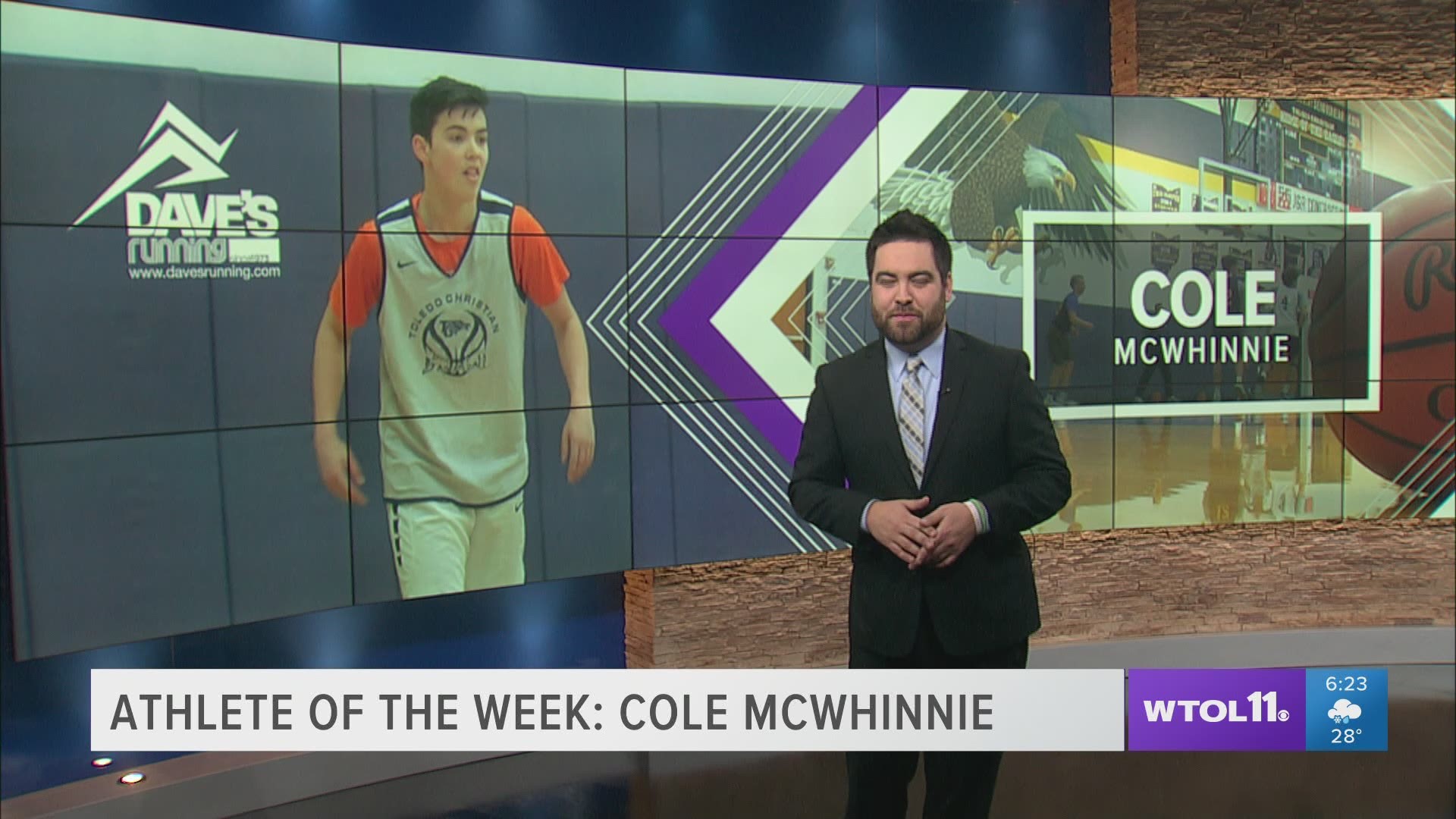 TOLEDO, Ohio — It was the shot heard ‘round the city last Friday night.

In our Charlie’s Dodge Chrysler Jeep Ram Big Board Friday game of the week, Cole McWhinnie became an instant hero for Toledo Christian.

His buzzer beating bank shot for three lifted the Eagles in to a first-place tie. That moment makes him our athlete of the week.

It was a moment that no one at Toledo Christian will soon forget. Off a missed free throw, down by two, McWhinnie told his teammate Max Donawa to set a screen for him. He did, and McWhinnie got a little bit of space and then banked in the game winner at the buzzer.

"I've probably watched it 100 times already," said Cole. "It's unbelievable. It almost feels like it didn't happen and it's just surreal."

"I've been chucking up make-up buzzer beaters since I was (this) small. For one of those to fall in as big a game as that was is surreal. It's a dream come true."

"We've had a few big buzzer beaters, a couple tournament buzzer beaters through the years, but to have Cole be a part of that was special for me as a dad," said Eagles head coach and Cole's dad, Dave. "As a coach you coach the group, but it is a little bit special to see that. I've had a lot of these kids for many years and it's fun to see them accomplish their goals."

Dave McWhinnie has been the head coach at Toledo Christian longer than Cole has been alive. Dave and Cole have spent countless hours together inside this gym, playing a moment like this over and over in their heads. On Friday night, they got to live out the reality of that dream shot together.

"It's awesome. He's coached me ever since I was like three, four years old," said Cole. "We've had a lot of basketball together and for him to be there is just special."

Certainly, there is a little luck involved when you hit a shot like that, but make no mistake, Cole McWhinnie hitting three’s is no fluke. Right now, he’s one of the best three-point shooters in the history of Ohio. He’s connecting on over 46 percent of his shots from beyond the arc. If he continues on this pace, he’d be number two in state history. He has worked hard to perfect his craft over the last few seasons.

"I feel like this year I have taken a really big step up in the scoring department," said Cole. "Last year, I wasn't really taking as many shots. This year, for this team, that's more of my role this year and just being solid with the ball. Limiting turnovers, which we're doing a really good job of."

"This team is just awesome to play for. We have a great group of guys, have great chemistry, we all fit together well and it's a lot of fun."

Right now he’s the second leading scorer in the TAAC at over 20 points per game, and Cole McWhinnie from Toledo Christian is our athlete of the week.