Golden had five touchdowns to help lead Clyde to a state championship berth. 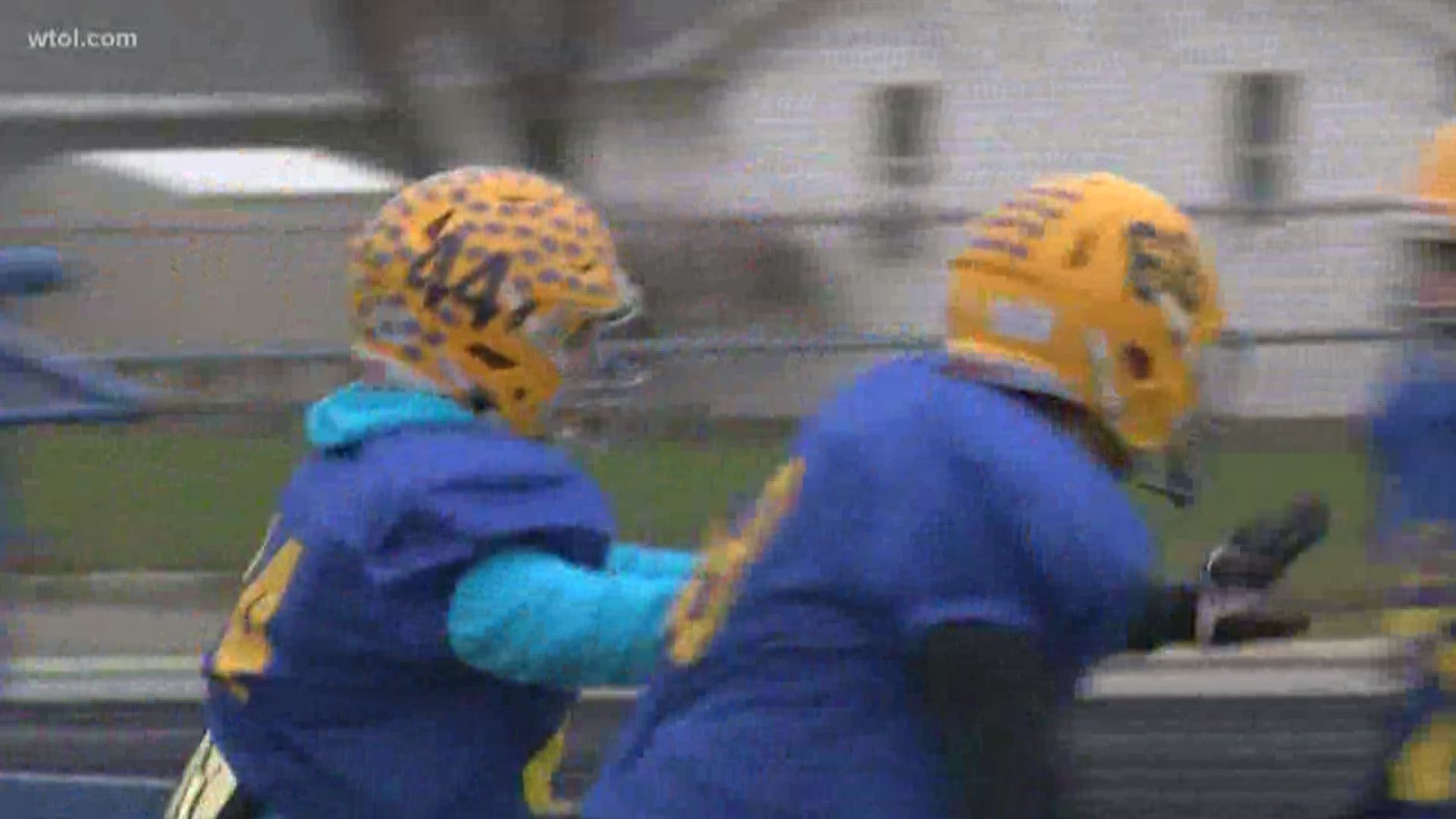 CLYDE, Ohio — Clyde is heading to the state championship Saturday.

A team that went 6-4 in the regular season has caught fire.

After just making it into the playoffs they have showed they deserve to be here and they are hoping that fire stays lit for one more game.

Head Coach Ryan Carter has experience in this game as he was a player on Clyde’s 1994 football team that fell short in the state championship game.

Now, they will rely on Ryan Lozier at quarterback and Gunner Golden at running back. Golden was huge in the Fliers state semifinal game. His performance makes him our athlete of the week.

If scoring a touchdown in a state semifinal is an accomplishment, then what is it considered when you score five?

Gunner Golden carried the load in Clyde’s game last weekend, propelling them to the state title game. It didn’t come as a shock to head coach Ryan Carter, he knew a performance like this was coming.

“He’s a hard working kid that just goes at it each and every snap. The improvement that he has shown over the last couple of years is huge. I couldn’t be more proud of him,” said head coach Ryan Carter.

“It's incredible. I cant put it into words. It's probably the most fun I’ve had in a game. It's my favorite sport,” said running back Gunner Golden.

What makes him so good?

“His vision, seeing cuts and seeing the field has vastly improved. I think the biggest thing is his blocking. We run a lot of quarterback stuff. We ask him to do a number of different things, not just running the ball. He’s really stepped up,” said Carter.

It goes beyond wins and touchdowns for him. Gunner is the type of kid every coach wants on their team.

“To be honest with you he’s the type of kid that I send over to watch my kids and let my dog out. That’s the type of kid he is. He is a special kid, one of those guys you lean on in a program. He is going to be hard to replace,” said Carter.

“It's huge, I love that he says that about me. I think its awesome. I watch his dog a lot. I love being one of those guys,” said Golden.

Gunner Golden, our athlete of the week.