Rossford boys basketball team faced Fostoria who was undefeated. Rossford came out on top winning 83-56. A big reason why was Ben Morrison who put up 31 points. 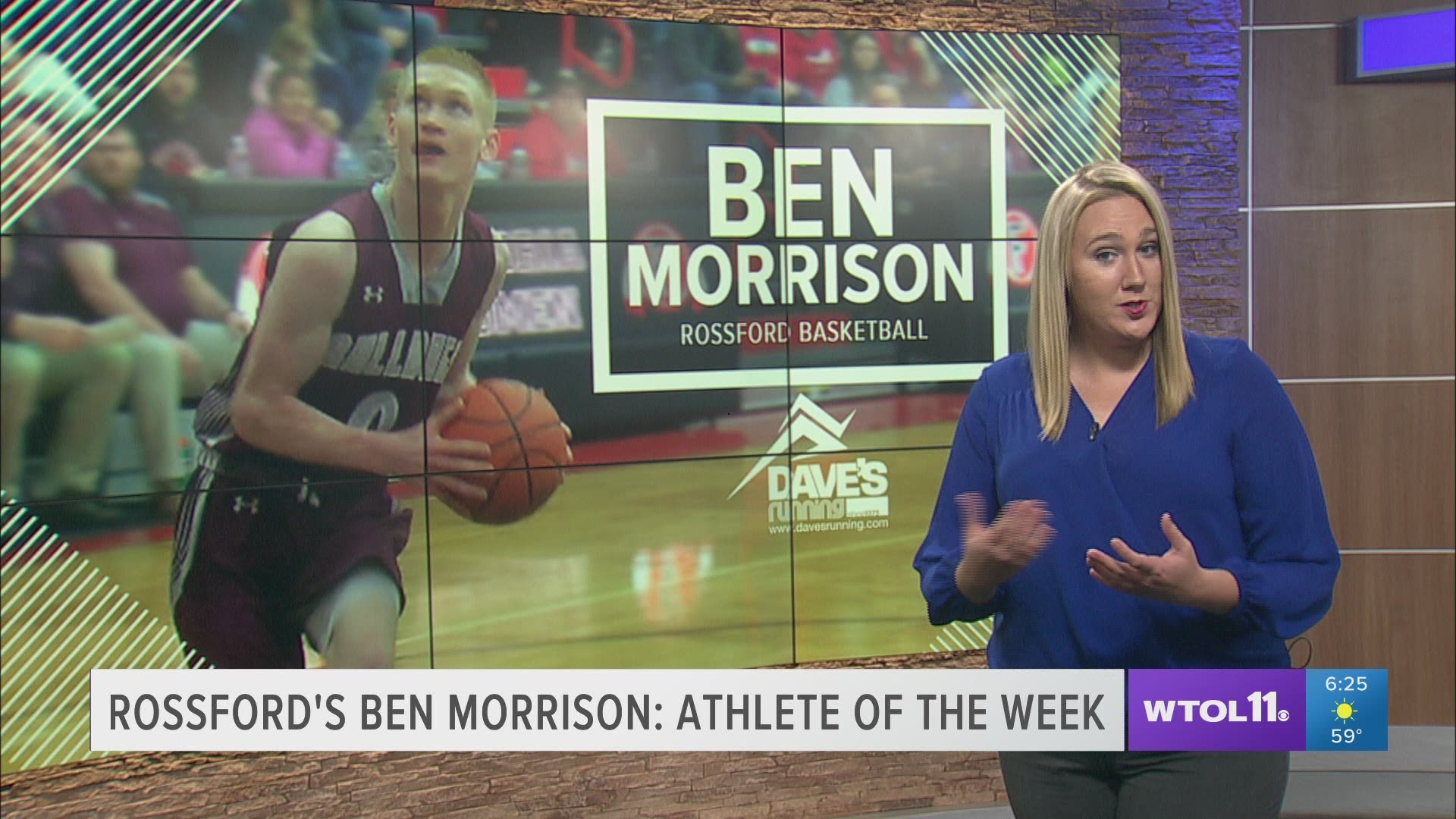 ROSSFORD, Ohio — Rossford boys basketball is undefeated and at the top of the Northern Buckeye Conference.

A big reason why was Ben Morrison who put up 31 points, earning him Athlete of the Week honors.

After the game, Head Coach Brian Vorst said that wasn't even the best game he's seen out of him. Morrison is only a sophomore but already standing out.

Of those 31 points Friday, half of them came in the final quarter. His ability to get open made it very easy for his teammates to find him and his physical play down low was hard to stop.

“The ceiling is the limit for him,” said Vorst. “He is going to be a great player. He has to learn how to do that consistently on both ends of the court, but it was a really good game for him. I was really happy and proud of him for that. He has a ton of basketball sense.”

Coach Vorst said he's very happy with Ben and is excited for his future.