While the Bedford bowling program is relatively new, LaVigne has now qualified for state three years in a row. 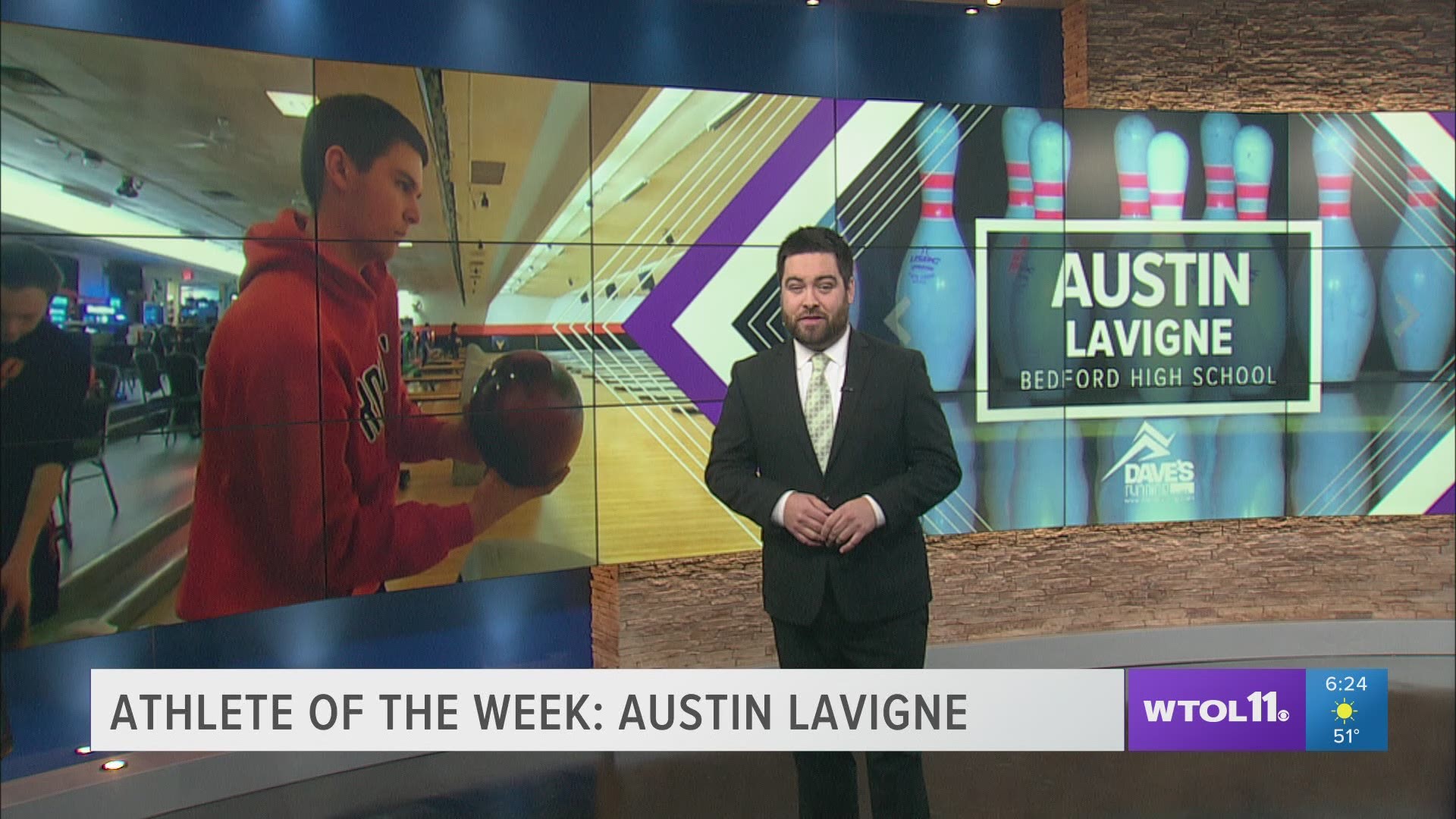 This year, the team won the Regional tournament for the first time ever and they’re heading to the State Tournament up in Allen Park this weekend.

The team is led by a senior who has now qualified as an individual for the third straight year.

Austin LaVigne has bowling in his blood. Mom and Dad were bowlers. Like many in the sport, that trickles down from generation to generation.

"Probably 10 years ago my dad used to video tape some of his shots along with his teammates shots and I would just watch those over and over again," said LaVigne. "I just fell in love with the sport watching that and come out here and practicing myself."

The last two years, LaVigne was a state qualifier for Bedford as an individual, but last week at Regionals, it looked like a 3-peat might not be possible. He was sitting in 16th place going in to the final match. He then fired a 225 and jumped from 16th to sixth and put himself among the best bowlers in Michigan.

"My emotions stayed the same about the whole day," said LaVigne. "I didn't look where I was at all day and I didn't want to know, honestly. I just wanted to keep bowling and keep my mindset the same and not think about anything else."

"Going into the 10th frame I looked back at my dad and my dad had this kind of serious look on his face. I knew that he knew I was close and I had to get there."

As a Senior, LaVigne has helped make Bedford a program that people around Michigan will be taking notice of. It’s not just his skillset, but his leadership ability that helps to set the tone.

"Just a great role model," said head coach Austin Pier. "He fills the frames. He does what you want everyone to do. He wants to win everytime, everywhere he goes and that's all you can ask for."

"I'm just that senior captain that they look up to and it feels great that I could do that for them. That I could provide that knowledge and my bowling skills for them," said LaVigne.

Austin LaVigne, from Bedford Bowling, is our athlete of the week.