Walendzak had 220 yards rushing and three touchdowns in the Jackets win over Findlay last Friday. 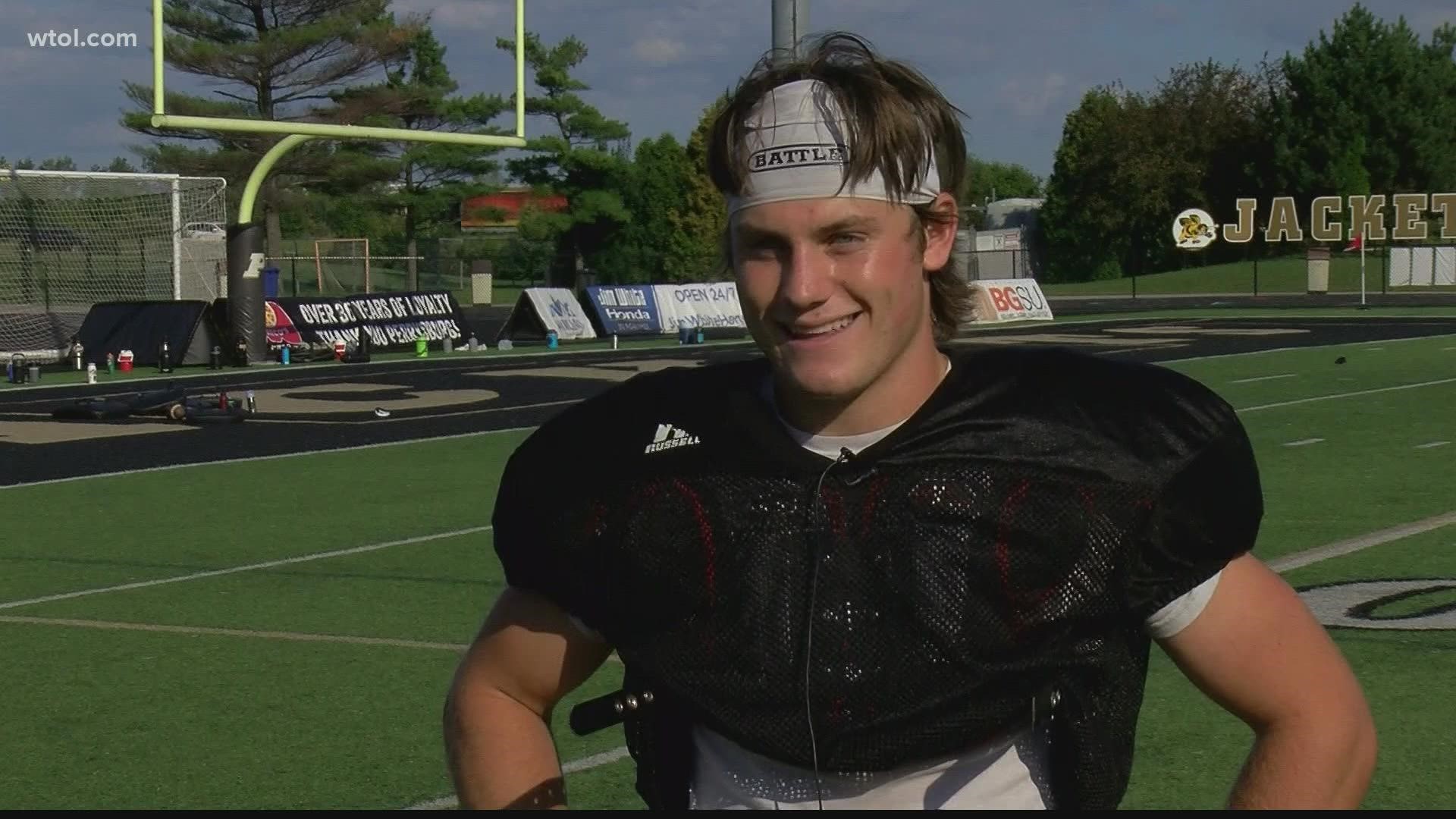 PERRYSBURG, Ohio — Perrysburg notched up a big win last Friday against Findlay. A big reason why? Their wrecking ball running back Connor Walendzak.

His stellar performance made him our Athlete of the Week.

Connor Walendzak lines up in the backfield anxiously awaiting that handoff from TJ Takats, and when he gets the ball, watch out!

"Oh, it's amazing," said Walendzak. "Your heart's beating 120 beats per minute. You almost blur out for a second and then all the sudden it's like, 'Oh gosh, I got a chance to take this. I need to make it happen.' It feels great honestly."

"Connor's a special player," said Perrysburg head coach Dirk Conner. "When you have a special player you got to make sure you're giving him the ball enough. He makes the whole show go. The offensive line becomes more confident. On top of everything, he's just a great kid"

He put up 220 yards and three touchdowns against the Trojans.

Head coach Dirk Conner puts a ton of trust in him on 3rd and long and 4th and short to just do what he does best.

"When you got a good one, don't over coach it. Don't overthink it. Don't over scheme it," said Conner. "Give the ball to number two and just let good things happen."

"Having those three touchdowns were a ton of fun, but I think a lot of my credit goes to my teammates."

Perrysburg's junior captain Connor Walendzak is our Athlete of the Week.