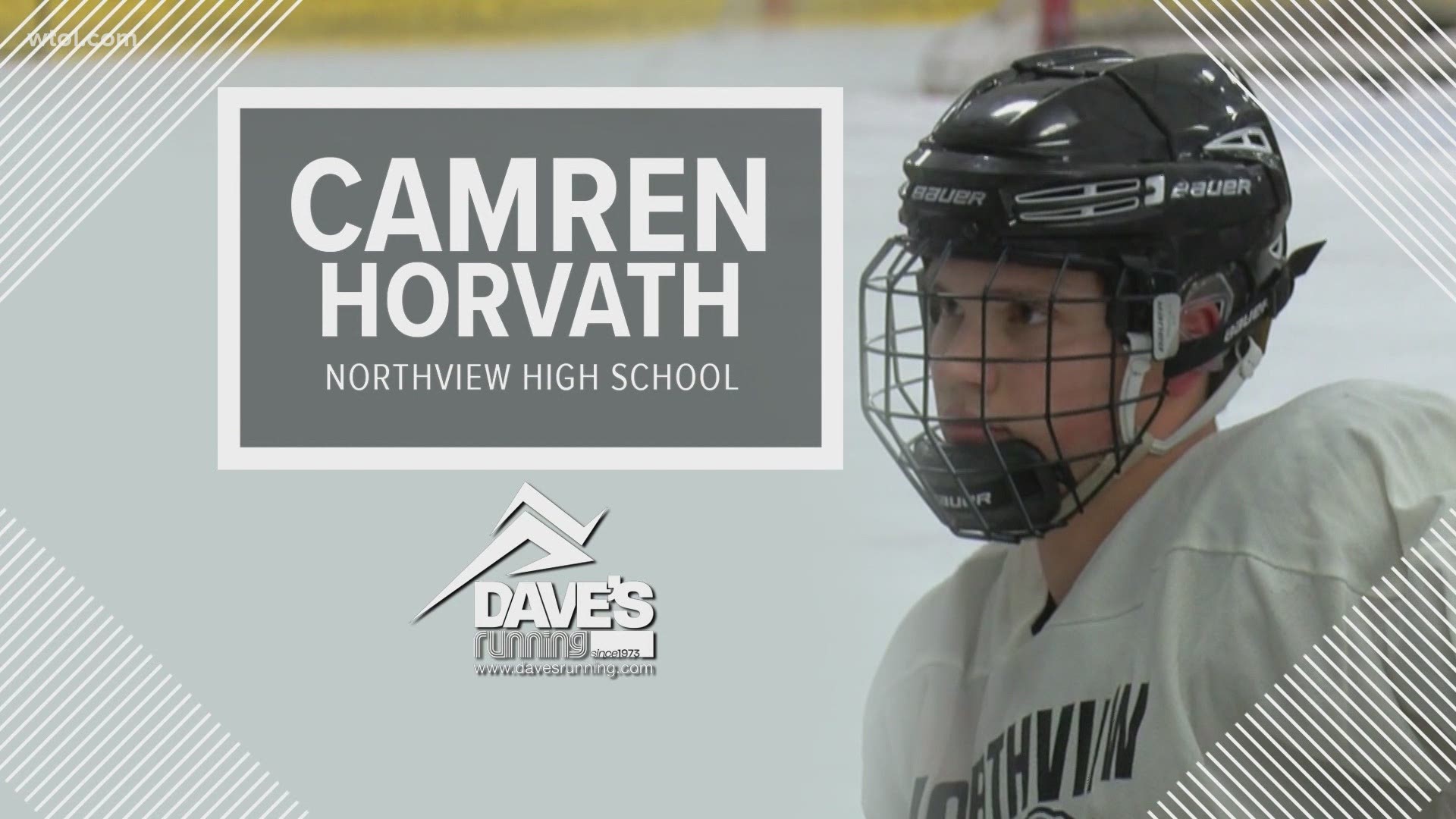 SYLVANIA, Ohio — Monday night, Northview's Camren Horvath took the sports world by storm. Not only did he make SportsCenter's Top 10 plays, but his goal was the number one highlight.

"It was pretty surreal," Horvath said. "Watching Top 10 on SportsCenter all my life, it was pretty cool."

"He likes that creative style," head coach Steve Elliot said. "He's always trying it in practice so I knew he might try it when he went behind the net. It was smooth and clean, he did it pretty well."

Cam's goal went viral on social media, but he's actually done it once before. While the flashy goal is getting all the attention, Horvath is the Wildcat's leading goal scorer.

Horvath joined Northview for his senior season after years of playing juniors. He's been friends with these guys for years, but now he can call them teammates.

"I think I got used to high school hockey," Horvath said. "I have been rolling so hopefully it keeps on going."

"It's been a pleasure and he is a wonderful kid," Elliot said. "He has been dynamite for us since the fourth or fifth game of the season. He is a leader for us and leading goal scorer. We are going to count on him big time if we want to do the things we are hoping to do."

Cam and the Wildcats are hoping SportsCenter's top play is just one of many memorable moments this season.