Athlete of the Week: Noah Price 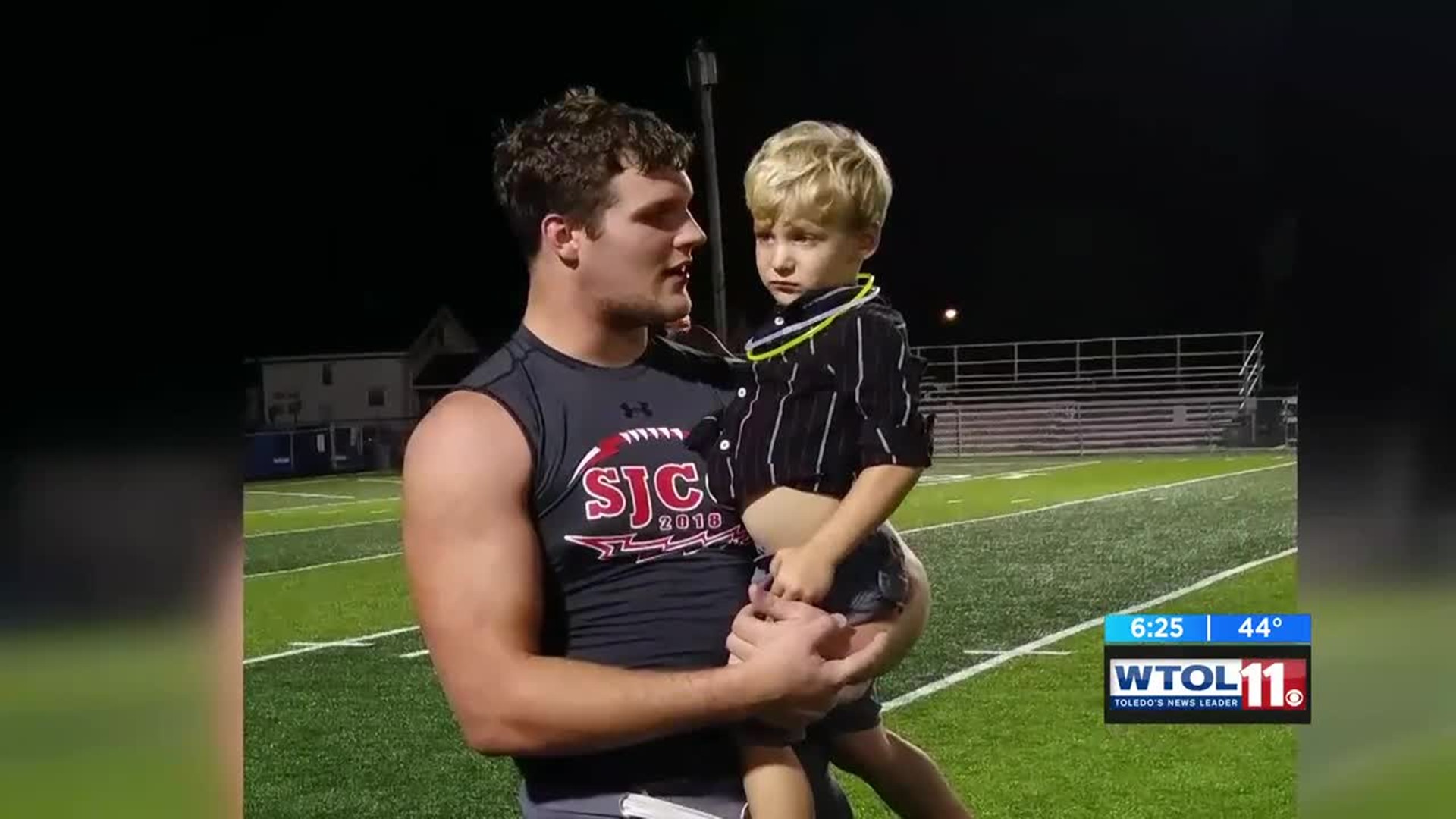 At 34-0, senior Noah Price is the guy to beat in the 285-pound weight class. Ranked #1 in Division 3, his goal is be at the top of the podium at states next month.

“I came into the season ranked number two in the state. I knew I would be successful but I didn’t expect to be this successful. I did a lot of wrestling over the summer to get better,” Price said.

Nothing is going to stop him - not even bad news.

“It was the night after our Woodmore tournament. I came home and nobody was home. I assumed they were out to eat. It was around midnight and my dad came home. He said, ‘hey, I got good news and I got bad news. Good news is, I got Taco Bell for you. Bad news is, your brother has Leukemia.’”

Noah’s little brother Rowen was diagnosed with Leukemia in January. He now looks after his four siblings while his parents take Rowen to Toledo Hospital for treatment.

He thought about stepping away from wrestling, but quickly realized wrestling was exactly what he needed.

“I was like, ‘maybe I need to not go. Go visit him and be with everybody.’ My parents were like, ‘is that the best thing?’ Wrestling is a great way to distract me from what’s happening. I 100% have to put thought into it and can’t think about anything else ,so I use it as a distraction.”

Of the five siblings, Noah and Rowen are the furthest in age, but they are the closest.

“Honestly, I hate to say it, but if I had to pick a favorite one to hang out with, it’s him. He’s just goofy. For a little kid and to be funny, I love him.”

And just like Noah will fight to win a state championship, so will Rowen in his battle against Leukemia.