Athlete of the Week: Mason Oliver of Elmwood High School

Oliver rushed for 355 yards and four touchdowns in the Royals first win over Eastwood in 20 years. 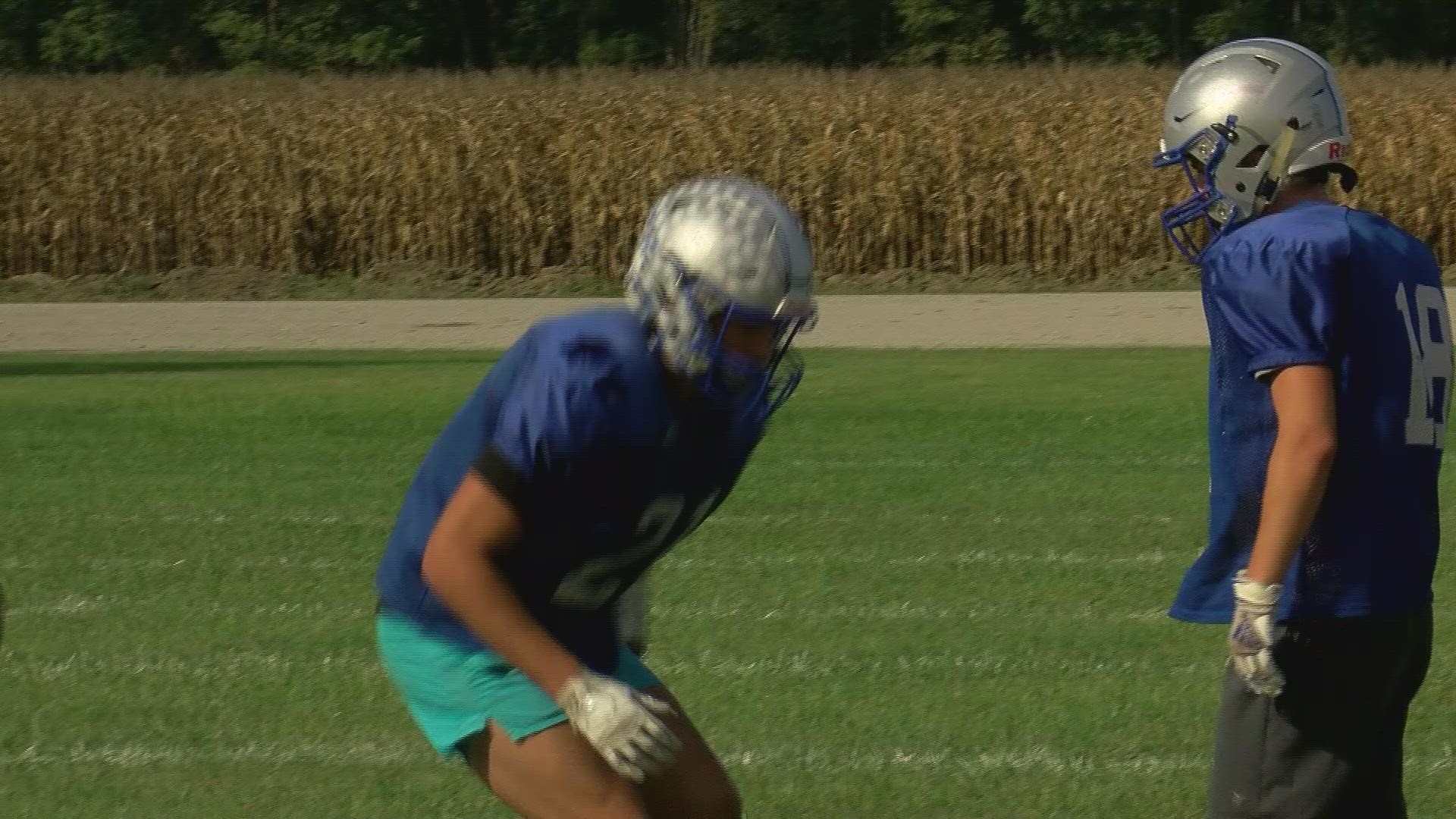 BLOOMDALE, Ohio — Back in week one, Mason Oliver had a game that most people could only dream of. He set a school record when he ran for 347 yards in a win against Van Buren.

But last week, he did himself one better and beat his own record. He rushed for 355 yards and four touchdowns in their huge win against Eastwood.

"It just feels great," said Oliver. "The lineman get so excited. It's awesome. They come celebrate and they're more happy than I am. It's awesome, I just love it."

"I couldn't tolerate losing to Eastwood one more time," said Oliver. "Losing my freshman and sophomore year pretty badly like we did, I was just tired of it. Wanted to get the win especially for the first time in 20 years. It was a big deal to me."

This young Elmwood team has grown up together. There is a strong connection that has definitely helped them on the field.

"Just being able to trust them just makes me feel so much better," said Oliver. "It helps my performance a lot."

Mason Oliver from Elmwood High School is our Athlete of the Week.