Athlete of the Week: Caitlin Elseser 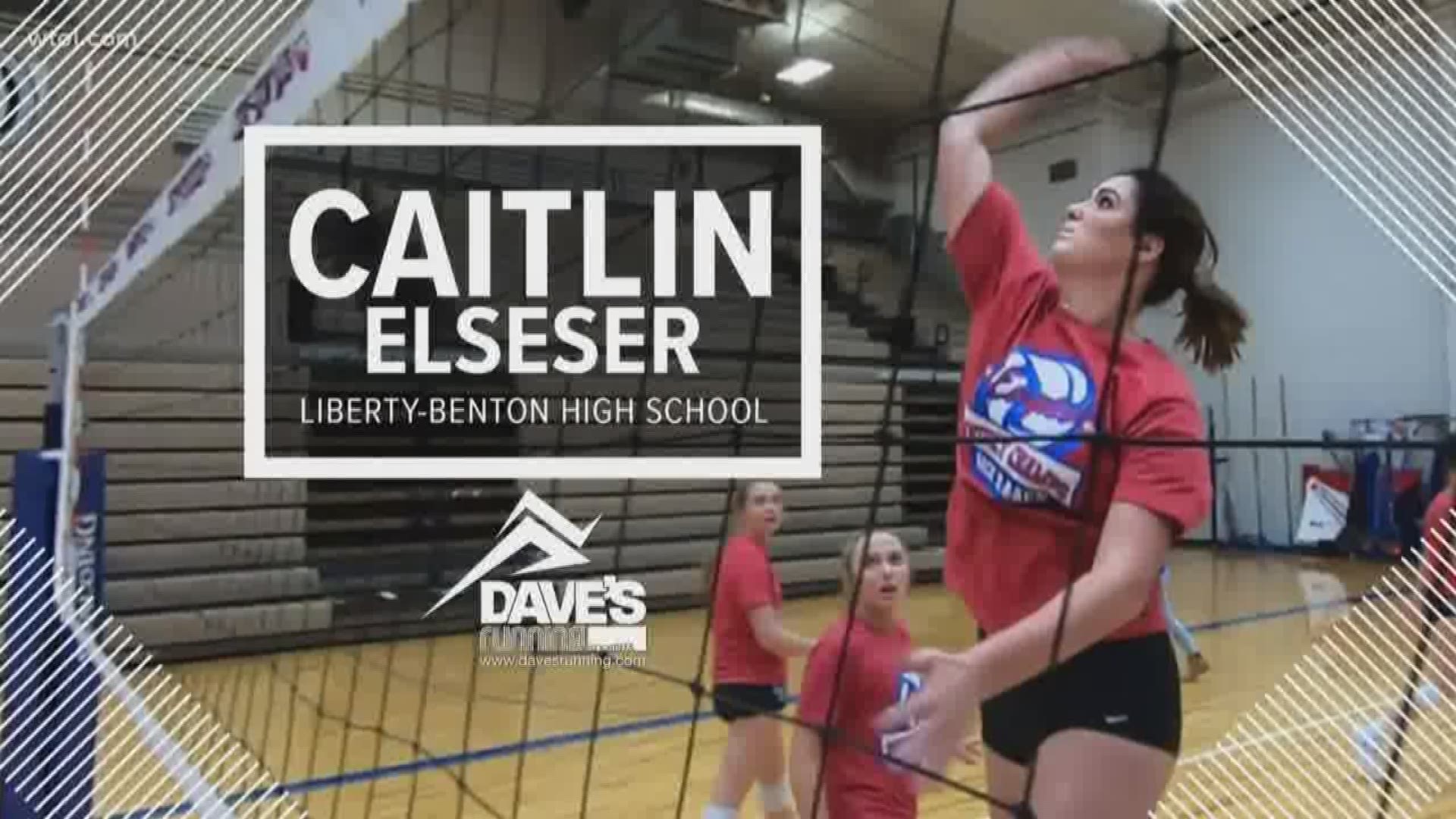 FINDLAY, Ohio — The Liberty-Benton Eagles volleyball team is going to be playing for a state title on Saturday!

And a big reason why is their senior leader, Caitlin Elseser, who is our Athlete of the Week.

Caitlin is the vocal and emotional leader of the Eagles volleyball team. A four-year varsity player that in her final season is ready to go out on top.

Eagles volleyball head coach Julie Todd coached Caitlin and the other seniors when they were eighth graders - this deep tournament run has been five years in the making!

Along the way, Coach Todd has watched Caitlin grow into an amazing leader, which has really shown in the last couple of games.

"Every timeout, I really didn't have to say anything. It was Caitlin," Coach Todd said. "She had everyone so pumped up and so positive. She built anyone up that made a mistake, saying, 'it's okay, we'll get the next point.'"

Caitlin says she feels like she's just doing her job.

"For me, being vocal and encouraging and telling them I believe in them - I feel like that's my job and my duty, so I do that as much as I can," Caitlin said.

After volleyball, Caitlin turns her attention to basketball - where she is just as good, if not better.

She will head to Cincinnati and play basketball, but picking between the two sports was tough.

"I had a struggle picking between volleyball and basketball. So I did club basketball and club volleyball. My dad said, 'let your sport pick you,' so I gave 100% to each sport and once basketball showed more interest, that's when I took that and ran with it. It's been awesome so far," said Caitlin.