Athlete of the Week: Aeron Evans

The Whitmer boy's basketball team were tied up with Central under ten seconds to go. That’s when Areon Evans came to the rescue to become our athlete of the week. 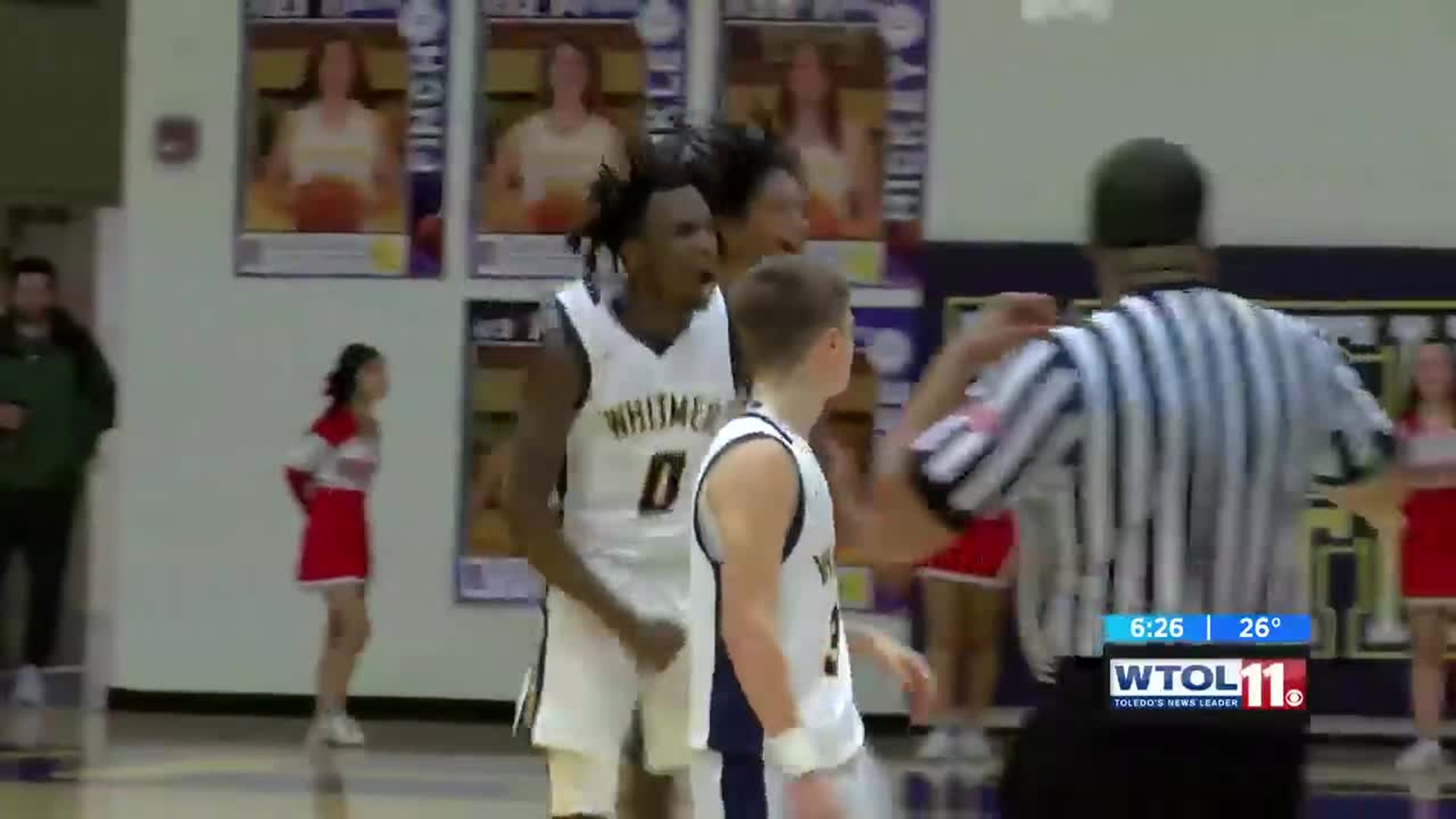 TOLEDO (WTOL) - Whitmer Boys Basketball is off to an unbelievable start. They’re currently 8 and 0 and one of the best teams in Ohio.

But on Tuesday night they were tied up with Central under ten seconds to go. That’s when Areon Evans came to the rescue to become our athlete of the week.

It was a shot that kept Whitmer’s perfect season alive. With time winding down on Tuesday night, Areon Evans came through in the clutch, but it’s a shot that wouldn’t have even been allowed a year ago.

He’d struggled shooting the three so much last year that head coach Ryan Brown told him if he shot another long ball, he’d be on the bench. But this year is a totally different story.

“I’m very confident now,” said Evans. “Even last year, I probably would have took that shot. The guys trust in me to make that shot, so I just have confidence in myself.”

“Sometimes I think he’s a little too over confident,” said Head Coach Ryan Brown. “But that’s a good thing. If he can score the ball for us, and he’s been in the 50 percent (range) from the arc this year. If he continues to shoot the ball that well for us, we’re gonna be very difficult to beat.”

Evans dislocated his shoulder at the beginning of football season and hasn’t been able to put in the work in the gym that he’d like, but somehow, he’s become lights out from three point range. He’s now shooting over 50 percent from behind the long line and the shot to win it for Whitmer on Tuesday night is one of those moments you dream of as a kid.

“It felt good, because the only shot I hit like that was in 2K, so it felt good to have one of those moments,” said Evans.

Whitmer is ranked number three in Division I right now and they’re hoping for big things in 2019.

“It’s been really fun,” said Evans. “Since last year, when we lost in the Regionals, we knew we had something special. So, our senior year, we’re trying to have fun and get that number one spot.”