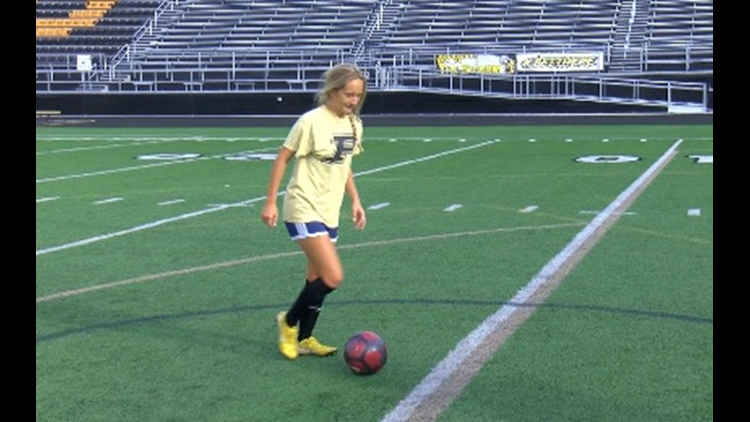 Athlete of the week: Addie Graham

PERRYSBURG, OH (WTOL) - Addie Graham was an integral part of Perrysburg reaching the state championship last year. As a senior, Addie is picking up right where she left off in her junior year.

This year the accolades keep coming for the Findlay commit. Just last week she broke the school record, scoring her 70th goal in a Jackets uniform.

"It felt really cool, you can't even explain it, just being so excited," she said. "Obviously Maddy Williams had the record before me, I look up to her so much, so it was really cool to beat the record."

Even more impressive considering everything Addie's already overcome in her life, including beating soft tissue sarcoma.

"Just staying focused on my goal," Graham said. "Obviously beating cancer was my goal. And beating the record, just the same goal, keeping the goal in the back of my head and just overgoing the little obstacles just got me through it."

And knowing her journey, head coach Jorge Diaz was excited to see Addie reach another milestone in her long list of achievements both on and off the field.

"We rallied the team around and said, 'let's do this for her'," he said. "She's a very unselfish player, and it was our turn to give back and say, 'hey, we're going to help you out so you can break that'."