Baker has thrown for over 5000 yards and has been a big reason for the Cougars success this season. 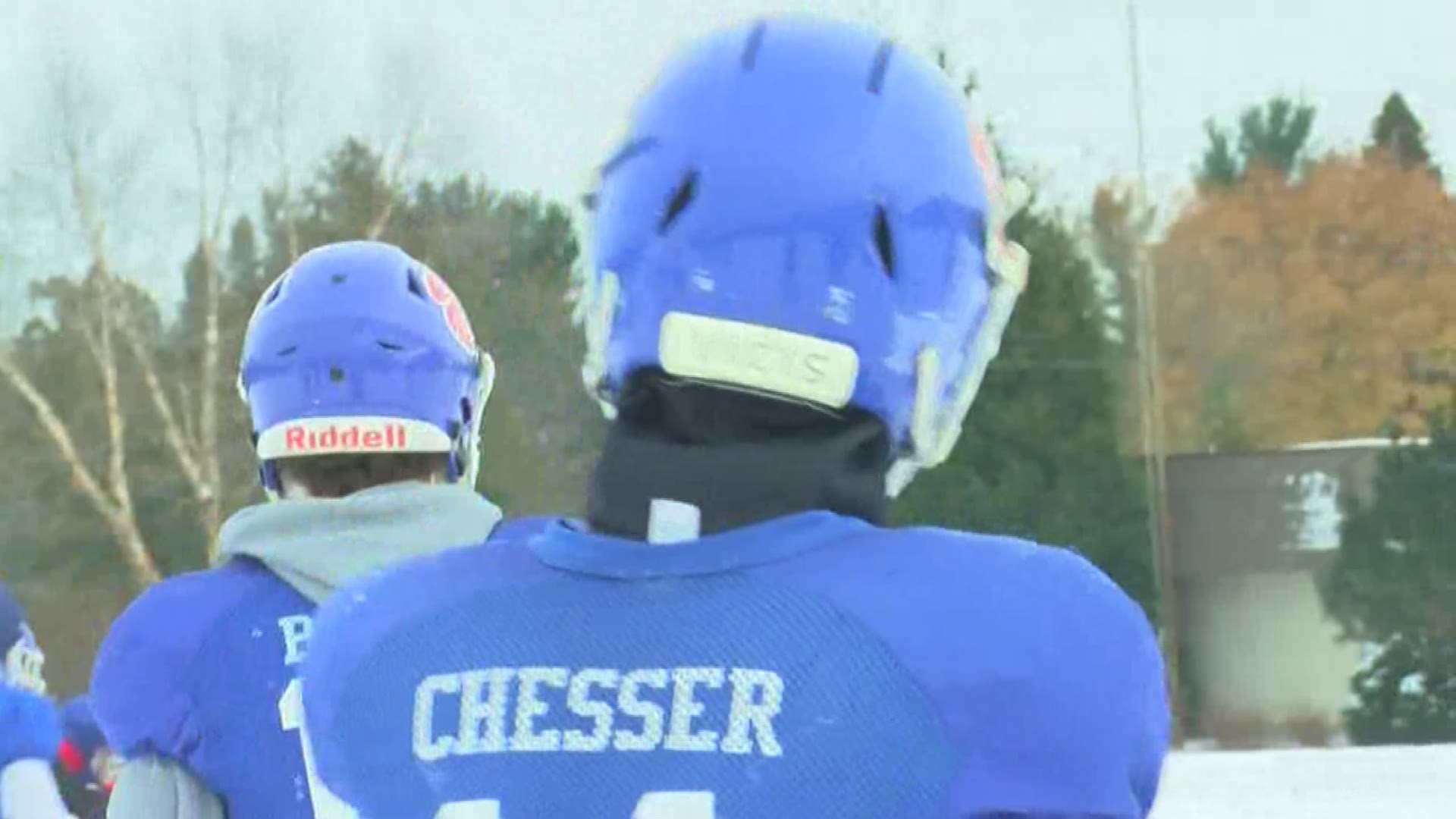 ADRIAN, Mich. — Up at Lenawee Christian High School, their football team just won a district title for the first time and they're in the midst of the best season in school history.

A big reason for their success this season is senior quarterback Adam Baker.

"Being the farm boy that he is, his work ethic is second to none," said head coach Bill Wilharms. "Other kids see what he does, and that's one of the big things. When you've got a leader that sets the example that way, it's very easy for the team to be that way."

That work ethic has led Lenawee Christian to unprecedented success this season. Baker just went over the 5,000 yard career passing mark this past week in their playoff victory, but he's quick to share the glory with his teammates.

"I had no idea that I'd be able to do that," said Baker. "I give all the credit to my receivers and my coaches though. I can throw it to any of them and I know they're gonna catch it."

This year Lenawee Christian is 10-1. Their only loss was back in week two, but they avenged that loss in a big way against Sand Creek last Friday.

"This year’s been great," said Baker. "I'm just loving the team. The coaches are so great. It's fun to go so far into the season like this, and we're working hard and we're ready to play."

"It started last year, but this year his leadership abilities, just taking over in the summer, and the whole group is just a connected group," said Wilharms. "They love one another, they're there for each other and his leadership along with the other guys is what this seasons been about."