Boros has traveled the tough road of coming back from an ACL tear not once, but twice. 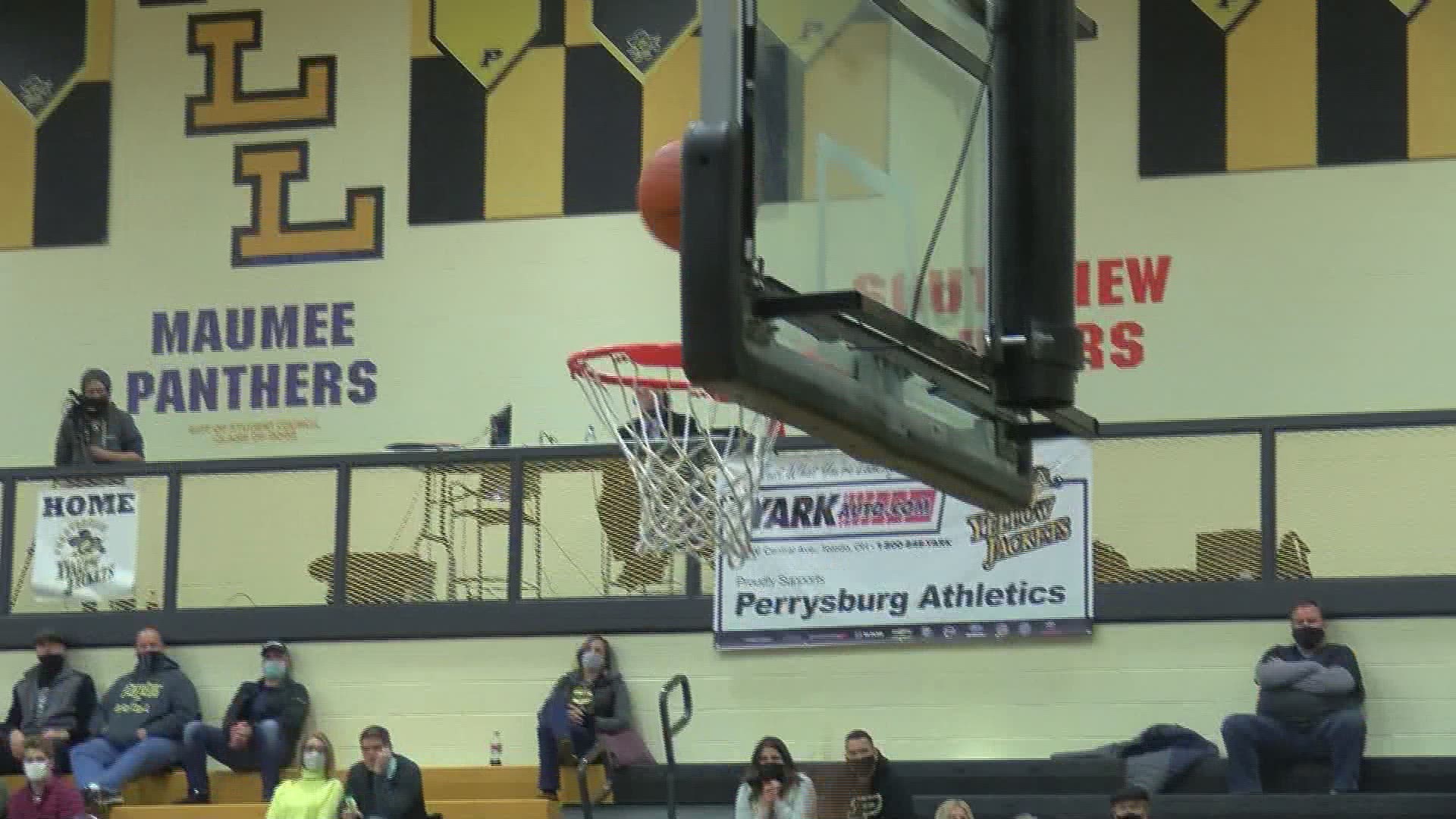 PERRYSBURG, Ohio — Coming back from an ACL injury is a tough mountain for an athlete to climb ... but going through that twice is unimaginable. For Perryburg's Andy Boros, he's done just that and is now thriving in his senior season.

Points in the paint are no problem for Andy Boros but he wasn't always lighting up the stat sheet at Perrysburg. Boros has had to come back from an ACL tear not once, but twice. The second time was this past March.

“The minute I did it I knew exactly what happened,” said senior Andy Boros. “I stood up, took my brace off, and I already had tears flowing down.”

But he also knew the road ahead, the months of rehab and he was ready for it.

Doctors weren’t sure he would put on a Jackets jersey ever again.

“(The doctor) told my dad I wasn’t going to play basketball this year,” Boros said. “I had a 15% chance of playing. My dad never told me that to keep it out of my head. I worked really hard, recovered, and got cleared by Nov. 1. He was in awe.”

“The doctor said he’s probably one of the hardest workers he’s ever seen,” Head Coach Dave Boyce said. “He would be in a cold sweat up on the track working out while we were down here playing. Everyone is pulling for him.”

Boros has started to find his groove again these last couple of weeks, but last month he had a tough conversation with Coach Boyce.

“He was going through a rough spot about a month ago. He came up to me during practice and said, 'If you want me to go play with the JV, I’ll do it. I know where I am right now,'” Boyce said.

Checking into a game or heading to practice are all moments Boros will never take for granted.

“I get to practice today. Eight months ago I couldn’t have said that,” he said. “I never take it for granted because I know how fast it can get taken away.”

Perrysburg's Andy Boros and his comeback story makes him our Athlete of the Week.