Area football teams forced to practice indoors due to weather 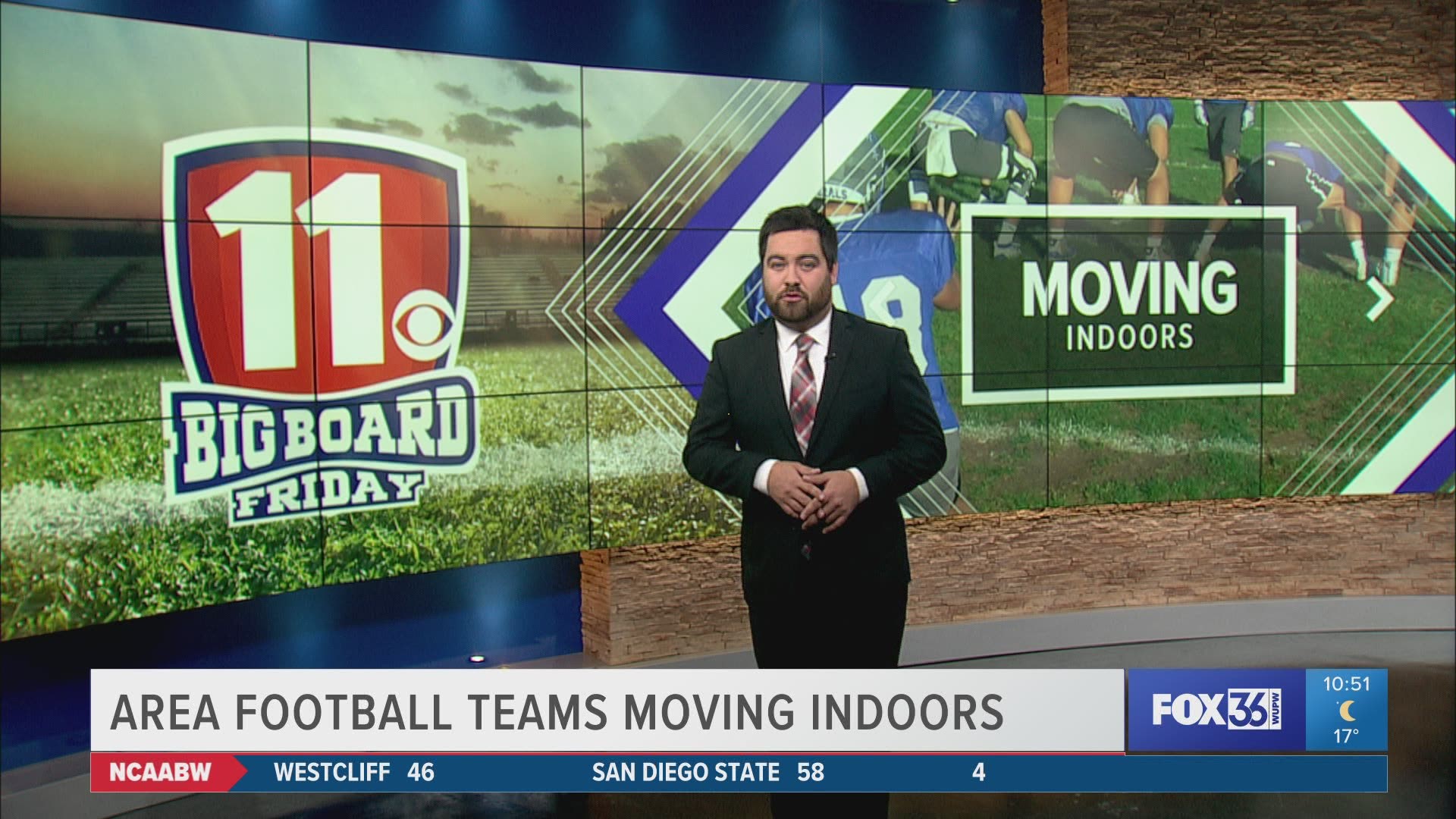 TOLEDO, Ohio — Week two of high school football playoffs are this week, but some teams were forced to move their practices due to the snow and cold weather that swept through on Monday.

Anthony Wayne, St. John's Jesuit and Central Catholic all held their practices indoors today to avoid having to miss a day of prep for week two of the playoffs.

The Generals and Titans were both in Rossford at the soccer center dome and Total Sports. Meanwhile, the Irish went to the University of Toledo's indoor facility.

If not for the indoor facilities available in Northwest Ohio, area teams would be forced to practice on the snow in the frigid temperatures or practice inside a gymnasium, limiting what teams can do.

Preparation for games this time of year is crucial because teams understand that their season is on the line, and coaches are grateful they have the opportunity to use the indoor facilities.

"This is amazing," said Anthony Wayne head coach Andy Brungard. "When I was in high school you were either going in the ice or going in the gym. To be in a facility like this is awesome."

"It's nice to be able to have the resources to get inside on days like this," said Central Catholic head coach Greg Dempsey. "

St. John's head coach Larry McDaniel said he would rather practice outside, but acknowledges that moving indoors was a necessity.

"Had our field been clear we would have practiced outside," said McDaniel. "I know I'm going to sound like an old school coach, but you play Friday's outside. But it is nice to have. I know the kids are happy about it."

Anthony Wayne, St. John's and Central Catholic all play Friday at 7 p.m., and are hoping the ability to have practiced indoors will help them extend their season.