Aiden’s path from the starting line to the finish line isn’t the same as everyone else. But his path around that track is truly an inspiring one. 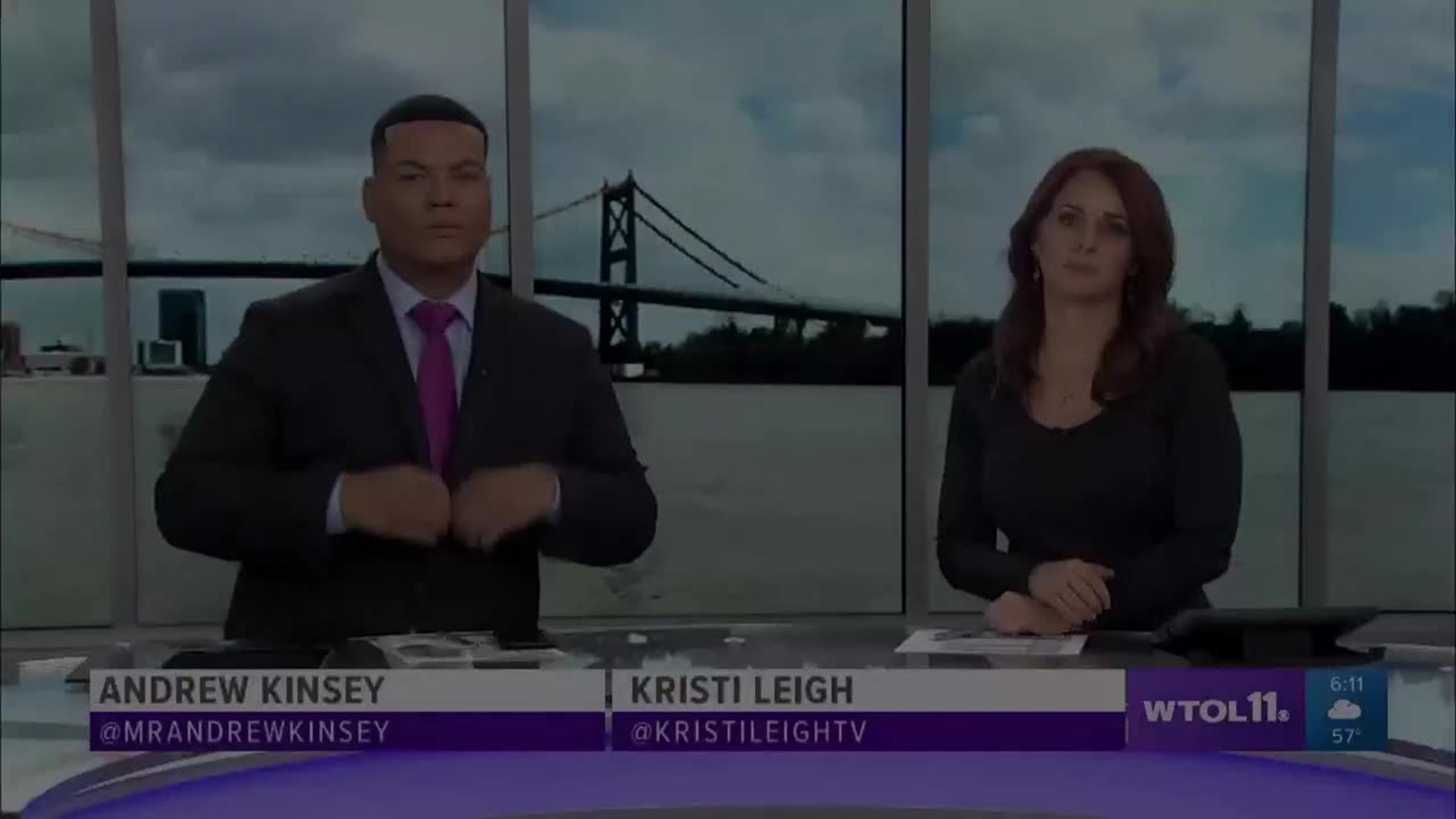 TOLEDO (WTOL) -This is a story I think all of us can relate to. Navigating the difficult high school years and wanting to fit in, isn’t always easy.

For Aiden Green, his life has had its ups and downs. But one thing has always remained constant; his incredibly positive attitude.

Sometimes, life throws us curveballs. There's no rhyme or reason for some of the challenges we face. But life is what you make of it.

For Aiden, he’s chosen a path of happiness. Even though you couldn’t really blame him if he was bitter.

“After so long you kind of just learn to live with it and that’s how it is. So, why not just be happy and live a happy life instead of being upset, ‘like why did this happen to me?’” he explained.

What happened to Aiden is hard to explain. He was born with arthrogryposis. It’s a rare disorder that affects one in about every 3,000 live births. Essentially, his legs were twisted like a pretzel and he couldn’t bend his legs properly.

He’s gone through 10 surgeries to straighten his legs. He has limited use of his right leg and a few years ago, he made the difficult decision to amputate his left leg because the pain became so great. But it’s never stopped his love for sports.

In fact, it’s never stopped him from anything.

Aiden is a sophomore at Anthony Wayne and he badly wanted to play sports for his school.

“Part of the reason I did track was so I could do something with Anthony Wayne. There’s not many options. I can’t do football. I can’t do basketball. I can’t play hockey. So, after a little bit of research, we found track and found out you can do it with your school," he explained.

“My goal has always been to make sure he’s as much of a part of the team as possible," said Aiden’s coach, Kevin O’Conner C.

So, as a freshman, Aiden started Track. His coaches had never coached a seated athlete. He’d never be on the track. It was learning experience for everyone.

On a chilly April day, you can find Aiden grinding, pushing himself to get better. Never complaining. Never backing down from a challenge. Just like everyone else. Which is just the way he wants it.

“I think one of the things that I’m proud about for the whole team, is the reaction to him isn’t much of a reaction. Meaning, it’s not a big deal. He’s just another team member. That’s just how they see him. When we have meets and he’s racing, they cheer him on like everyone else, and for me, that’s nice. It’s not the team and Aiden. It’s just one team and he’s part of that," said O’Conner.

“I am just as bad as every sports parent. You’ll see me on the sidelines screaming erratically for him to go fast, push harder," Green said.

“It’s meant a lot. It’s meant the fact that I can kinda feel normal. Not be so outside of everybody else," said Aiden.

“Just how the school embraced him, it’s really helped with his studies and everything. It’s all around, not just on the track," said Green.

Last year, Aiden got so good, so fast, that he qualified for the State Track Meet in Columbus. As a freshman, he took third place in the 100 meters and fourth in the 400 and 800.

His goal is to get back to Columbus this year, and finish even faster.

There’s no blueprint for life. No one tells us exactly how this thing is supposed to go. Life’s funny that way. But maybe we can all learn a lesson from Aiden: A little positivity goes a long way.

And he just keeps knocking down every challenge that comes his way.

Aiden’s path from the starting line to the finish line isn’t the same as everyone else. But his path around that track is truly an inspiring one. And we will certainly keep an eye on him as he continues his goal of making it back to the State Championships for a second straight year.