From the huddle to homecoming court: Ida's Abby Breitner leading on and off the field

Not only is Ida High School's Breitner the student council president, but she was also up for homecoming queen and she plays defensive line for the Bluestreaks. 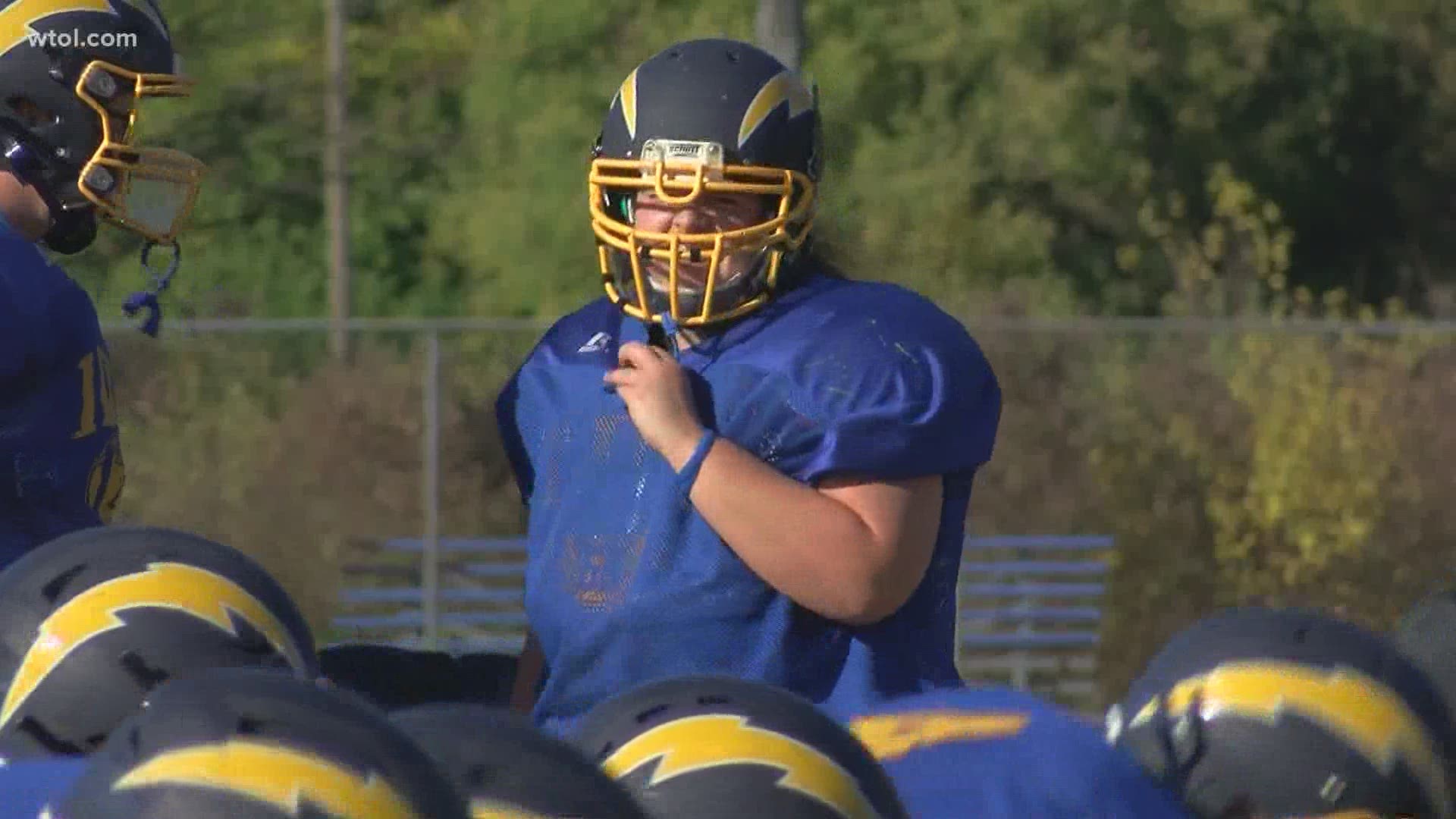 IDA, Michigan — Sports often gives us examples of triumph in the face of adversity. It also gives us a reason to have faith in the future because of young people like Abby Breitner.

Breitner is a senior at Ida High School up in Michigan and she is legitimately one of the coolest kids I’ve ever interviewed in this job.

She’s the student council president. She was up for homecoming queen... oh and she also plays on the defensive line of the football team.

“She goes out 100 percent,” said senior football player, Kyle Strzesinski. “She gives over 100 percent every play. She’s always there. She gets knocked, we all pick her back up and she just keeps going nonstop.”

“They definitely don’t take it easy on me,” said Breitner. “I’m like one of them, that’s how I want to be treated. Honestly, the physical part of the battle is what I love about it so much. Just going up against someone, man to woman, it’s just great.”

Playing with the boys certainly hasn’t been easy but she has continued to hold her own, and there is no challenge that she is going to back down from.

“I’ve dislocated my shoulder before playing football and broke my finger,” said Breitner. “I definitely get hurt, but I just push through that. It’s all a mental game.”

She started playing in seventh grade and she did it purely for the love of the game. But now, her story can serve as a message to other girls everywhere that anything is possible.

“When I started to get into it, I was always researching other girls in the country that played. I thought it was super cool and I was like ‘Hey, maybe I should try that,’” said Breitner. “I never started doing it to be a trailblazer, but it’s just an added bonus.”

The game of football builds bonds and relationships that can last a lifetime and it’s certainly doing that in Ida.

“I call them my brothers and they call me their sister,” said Breitner. “They’re like family to me. We’re always encouraging each other and pushing each other to do our best. The team aspect is what I love about this game the most.”

“To play underneath the lights on Friday night, there’s no other feeling. It is the greatest feeling in the whole entire world.”