Toledo quarterbacks not worried about rotation

Carter Bradley and Dequan Finn have both seen time under center in the Rockets first two games. 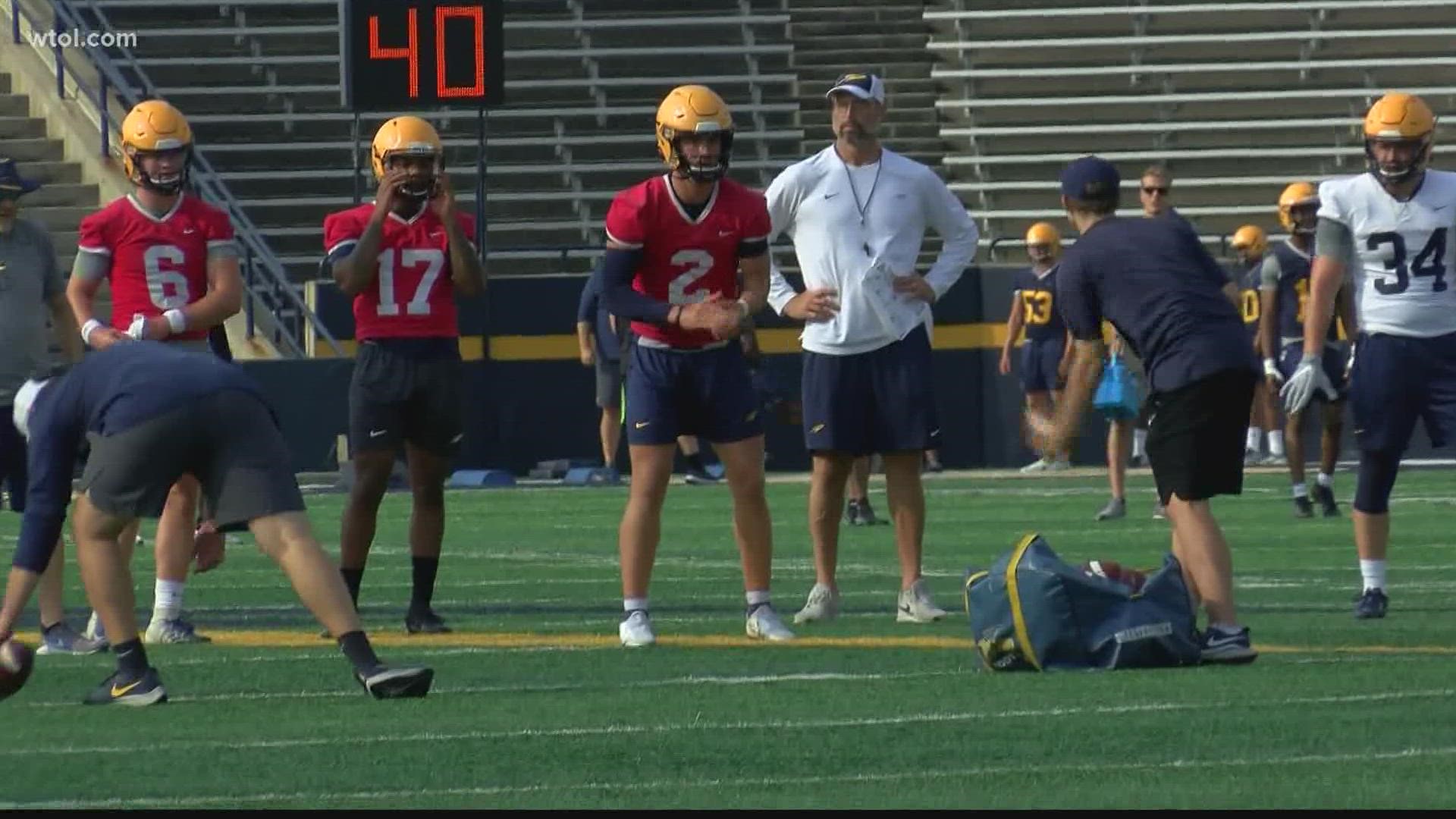 TOLEDO, Ohio — The Toledo Rockets are still thinking about just how close they were to pulling off the huge upset at Notre Dame.

They had the Fighting Irish on the ropes into the final minute but just couldn't finish it off.

A lot has been talked about the Rockets playing two different quarterbacks for the second straight week.

Both Carter Bradley and Dequan Finn played vital roles in the offense but the question has always been how long that is sustainable.

"Were each other's positive enforcement," said Finn. "Whenever he needs something he comes to me and whenever I need something I go to him. Our bond is really strong, it's really tight. For us to fight over a position like that, that's nonsense."