Last year, Hudson had to sit out following his transfer from the University of Michigan, but he’s back on the field now and is loving his time at Cincinnati. 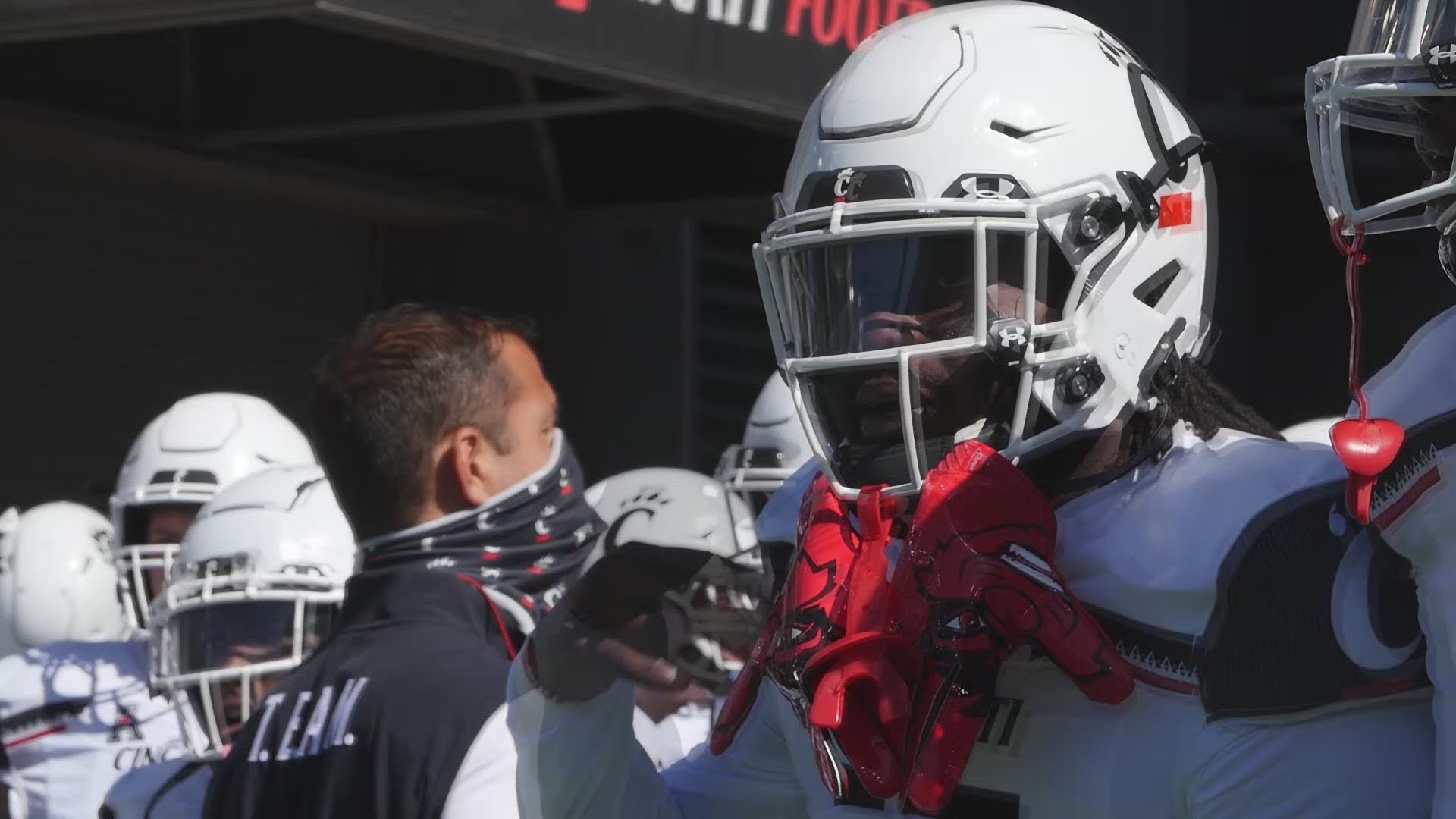 CINCINNATI — Another local kid doing well at the next level is Central Catholic grad, James Hudson.

Remember, he transferred from Michigan to Cincinnati, and now he’s the starting left tackle for the Bearcats who are unbeaten and ranked in the top 15.

There is a noticeable difference in the attitude and demeanor in big number 55. That big smile we grew to know in high school is definitely back.

"I got back to myself," said Hudson. "I feel like how I felt at Central Catholic over there on Cherry Street. I just try to bring that energy, and provide that spark, and be that guy that's just different."

But the journey to this point had some bumps in the road. Hudson had a very public breakup with the University of Michigan. Last year, he had to sit out following his transfer, but he’s back on the field now and is loving his time at UC.

"It's been good days. It's been dark days," said Hudson. "The hardest part for me was that time where I didn't really know if I was going to be able to play or not. When I left for Michigan I was in a good place. When I found out I couldn't play, it hurt me again. Coach (Luke) Fickell, every day he would make sure that I'm good, that I know that I have a place on this team. That was the biggest thing for me."

When you’re winning, that definitely cures a lot of problems and right now, Cincinnati is definitely doing that. They’re top 15 in the country and are creeping into the national conversation.

"I'm loving it here," said Hudson. "We're winning. We're doing what we got to do on the field. We're going out there and working every day. I can't complain."

"They welcomed me with open arms. Last year when I couldn't play, being on scout team with the defensive guys and Coach Fickell, it helped me just know that there was a light at the end of the tunnel.

Hudson started his college career as a defensive lineman and now is playing left tackle. It was a move he was a little hesitant about at first, but now he’s fully embraced it.

"I'm going against the best defensive lineman in our conference every day," said Hudson. "Just getting better, and just figuring out more stuff about myself. Just embracing that offensive line type of mindset."