The Falcons led late against South Alabama but lost on a game-winning field goal as time expired. 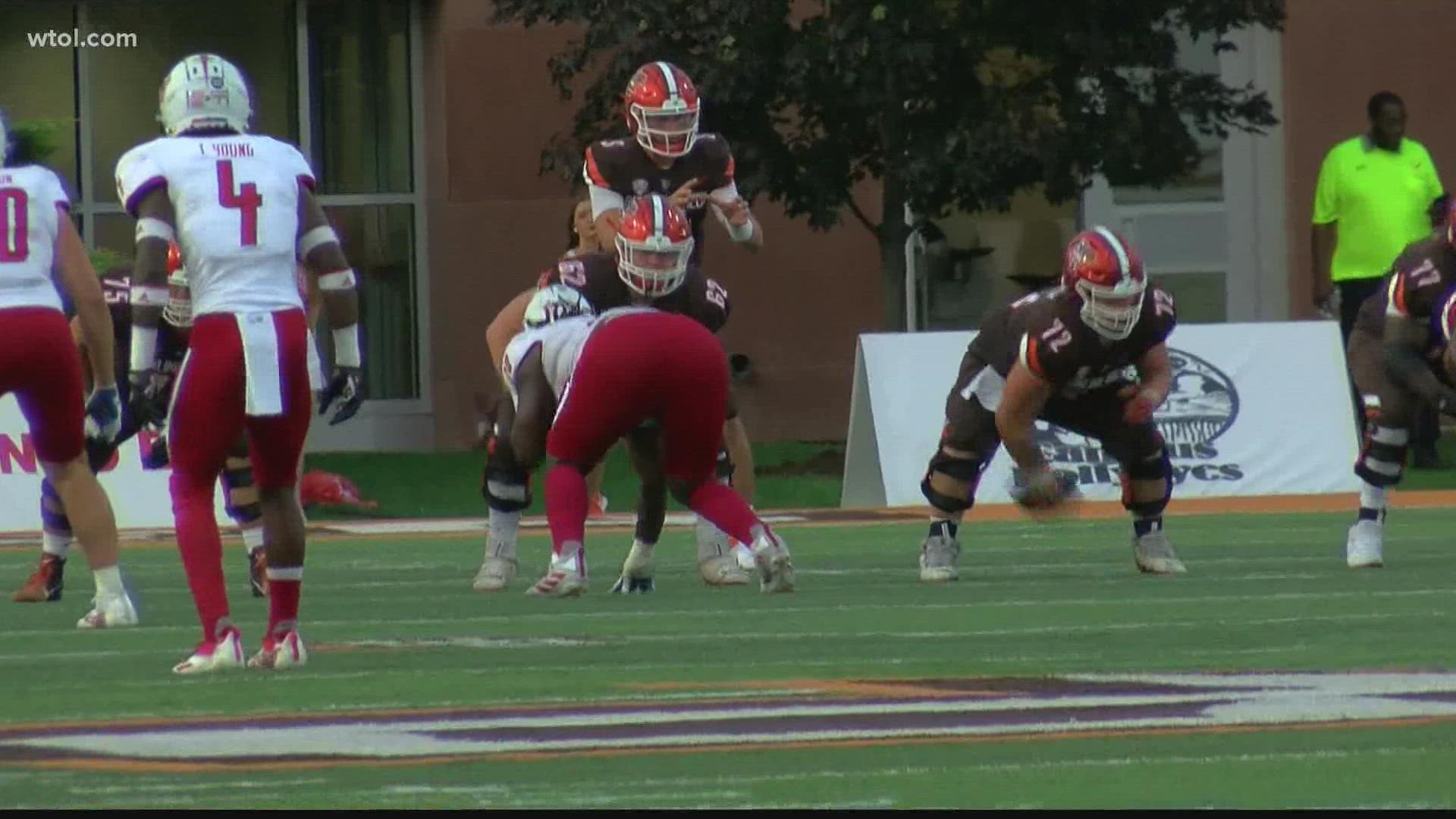 The struggles have been well-documented but this was a real chance to beat a solid team inside the Doyt and they let it slip through their hands.

Matt McDonald played well and he was actually named MAC East Offensive player of the week, throwing for over 300 yards, but they fumbled a football late and South Alabama kicked a game-winning field goal as time expired.

It was the latest in a long string of tough losses, but it's clear this team is improving.

They're young but they're getting closer, and learning to win these games is something that takes time and you can't really teach it until you've been through it.